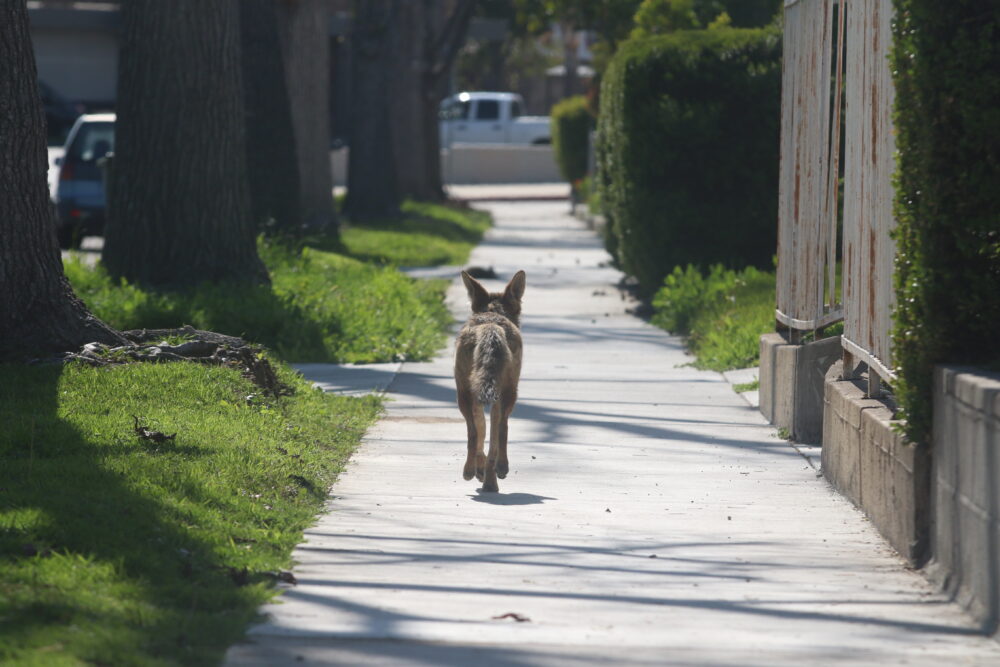 Occidental released a campus-wide email Oct. 12 announcing their plan to hire “an experienced trapping firm” to trap and euthanize some of the campus’ coyotes due to increased sightings and encounters. After negative feedback and online protest from surrounding neighborhoods and outside organizations, the college released a revised plan Oct. 22, which focuses instead on removing potential food sources, trimming excess vegetation and hazing to instill a fear of humans.

Concerns from neighboring residents about the safety of children and pets, complaints from students over encounters and coyote attacks on chickens in the Food, Energy and Sustainability Team (FEAST) garden led the college to view the coyote population as a problem, according to the email.

Jim Tranquada, director of communications and community relations, said the college decided on their original plan based on the belief it would be the most effective.

Public outcry against the plan was fueled, in part, by The Snuggle Paws Project, a nonprofit animal rescue organization that shared information about the college’s plan in a Facebook post. The post shared pictures of coyotes in various traps, and encouraged readers to contact Tranquada to voice their disapproval. According to Tranquada, the pictures used in the post were not taken on Occidental’s campus and the college has not trapped or euthanized any coyotes.

After hearing from over 20 off-campus residents and representatives from Project Coyote — a nonprofit dedicated to wildlife conservation and coexistence — Tranquada said the college realized it needed a more effective plan. According to Tranquada, removing coyotes through trapping would cause them to breed at higher levels, but hazing — a containment method through scaring and instilling a fear of humans — would be a more effective strategy.

Aria Devlin (senior), FEAST interpretive garden facilitator said it is important for the college to respond to the coyote population. Coyote attacks on chickens at the FEAST garden have grown in frequency, resulting in chicken deaths, according to Devlin. She added that she has recently encountered coyotes unfazed by hazing.

“They had no fear,” Devlin said. “It’s indicative that people have been gawking and admiring them rather than hazing them.”

According to Devlin, the college should increase their efforts to encourage people to haze coyotes, and suggested placing this information on signs around campus. Devlin said it was important to make the coyotes fear humans not just for the safety of people, but for the coyotes themselves.

“You can play your part by helping to haze them,” Devlin said. “You’re really helping save their lives.”

According to the California Department of Fish and WIldlife, access to human food and garbage may alter coyotes’ natural fear and caution towards humans, which could lead to their deaths.

According to biology professor Jonathan Williams, hazing is a more effective and better practice than trapping because coyotes by nature do not like to be around humans. Williams said the college reached out to the biology department after the ensuing off-campus outcry, although the department was not a part of the original planning. Williams said it was important not to trap coyotes because of their role in the campus’ ecosystem and the pest control they provide.

“They don’t want to be bothered by us, so when we’re being loud humans and doing our loud human things, even just passively, it’s pretty effective,” Williams said.

Stephie S. Shack, a Mt. Washington resident, found the original plan especially upsetting given that the NELA area is also the coyotes’ home.

“We can’t get rid of what was already here,” Shack said.

Shack said she was more accepting of the college’s latest plan and agreed with its decision to promote coexistence.

“I see them all the time morning, noon, night. I just let them do their thing. They don’t bother me, I don’t bother them,” said Shack. “We just have to learn how to live with them.”

Tranquada said he hopes the college demonstrated to the community its willingness to listen and learn, and that the college will continue to make any future plans public.

“The college is interested in whatever the most effective approach would be, and we’re open to various kinds of expertise,” Tranquada said. “Whether it’s our faculty, or whether it’s Project Coyote or it’s other folks who are willing to offer.”