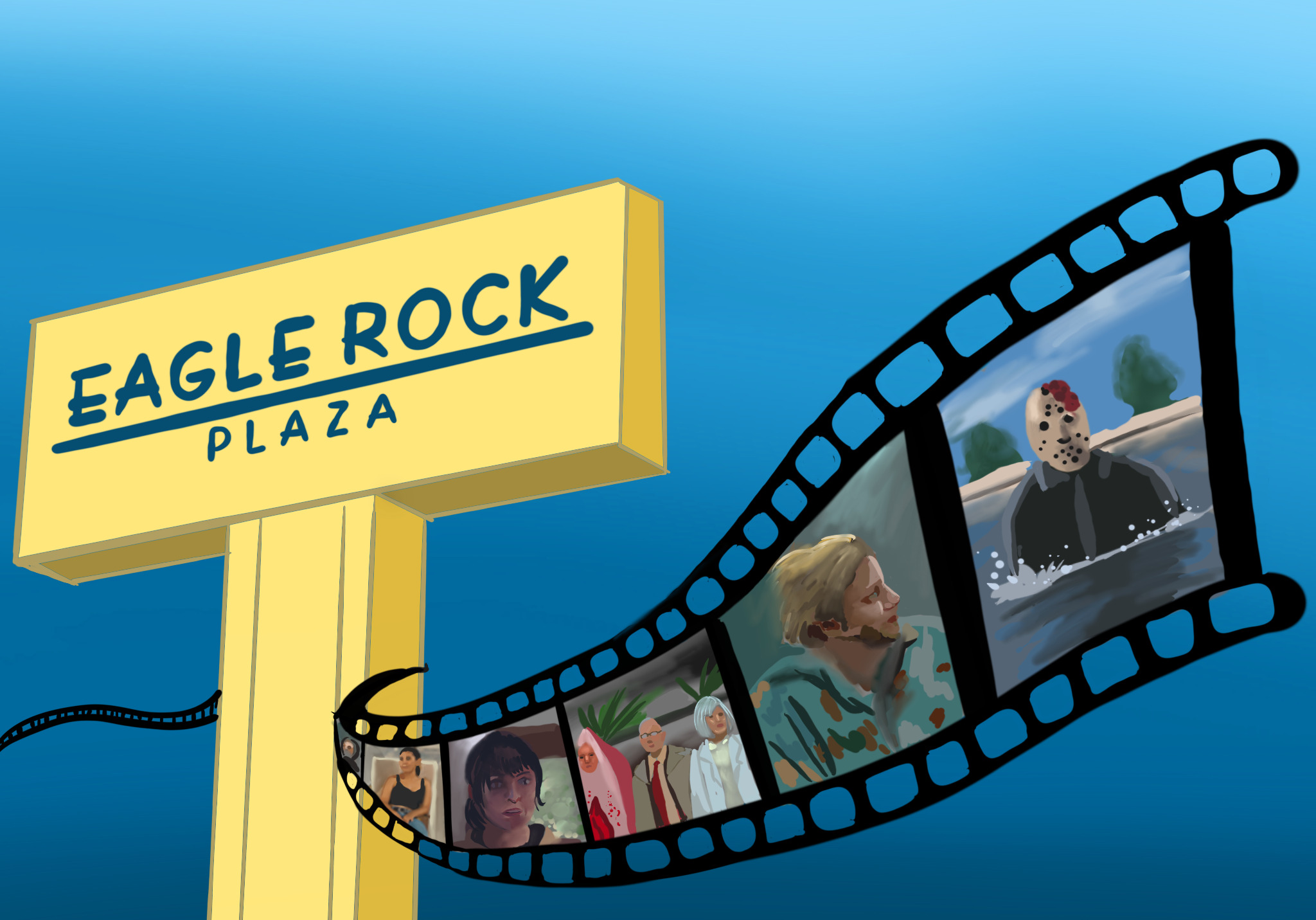 The Highland Park Independent Film Festival (HPIFF) is slated to take place Oct. 2–3 at the Eagle Rock Plaza (ERP). The event will function as a drive-in theatre, with policies in place to maintain proper social distancing and follow county health guidelines due to the COVID-19 pandemic. A total of 22 films are being screened including, “We Choose to Go” directed by Marlene Emilia Rios, “Fear of the Woods” directed by Titus Paar, “Coupled: Episode 1” directed by Emma Sofia Fazzuoli and “Wilderness” written and directed by Andrew Vasquez.

Terrence Butcher, HPIFF associate producer, said he looks forward to the festival and reminisces about drive-in theaters. Butcher said there are not as many drive-in theaters left in LA as there used to be when he was a kid, when his aunt would take him and his siblings to the drive-in theater as an inexpensive way of going out. The HPIFF will be Butcher’s first time attending a drive-in movie in about 30 years.

“It was a novelty for us because back on Long Island we didn’t go to see movies at drive-in theaters so it was just kind of fun,” Butcher said. “It’s always nice to have a change in the normal routine.”

Rios said she was drawn to the festival because of its location at the historic Highland Theatre. Although she is sad to hear the festival is moving, she is also glad it will still take place as a drive-in this year.

“We Choose To Go” is a science-fiction film that follows a woman who, in an attempt to pursue her lifelong dream, ends up alone and 60 years adrift from her previous life. Rios said her film is inspired by her personal story of growing up and realizing the power dynamics in her family.

“Something that I witnessed as a child was my own family, where my mom would support my dad while he was off pursuing his career and we had to move frequently,” Rios said. “When I got older I realized that women in my life don’t really have that kind of support from their partners. So it’s a little bit of fantasy and recognition on what that’s like.”

Paar said “Fear of the Woods” was inspired by childhood memories of his favorite show, “Ginga: Nagareboshi Gin” (“Silver Fang”), a Japanese animation show set in the ’80s which follows bear hunters in Alaska. Paar said he always thought the concept would make for a great feature film and has wanted to make it for the last 30 years.

“It’s been on my bucket list since I was 6 to give my homage and my take on that sort of field and the cool bear out in the snow landscape that I saw then and was mesmerized by,” Paar said.

For Paar, Steven Spielberg’s creature films, like “Jaws” and “Jurassic Park,” also inspired him to make the film using old-school techniques — without CGI — and build an animatronic bear.

According to Fazzuoli, “Coupled: Episode 1” is part of a multi-episode series but still stands alone as its own film. Fazzuoli said this is the second time she has screened a film at the HPIFF. The first film screened was “Blissful at Zero,” a documentary about a young woman living with terminal cancer. Due to the heavy nature of the documentary, Fazzuoli said she wanted their next film to be lighter. “Coupled: Episode 1” is the first in a series of six short vignettes which follow a couple’s relationship as they navigate living together in Los Angeles while working to find common ground.

“I wrote it with my real-life partner, with my boyfriend, so we wanted to work on something that would be fun for us and fun for the audience,” Fazzuoli said. “I also act in it so I wanted to do something that I could act in and have fun. That’s kind of where the vein of comedy came from.”

Fazzuoli said she hopes people will be able to laugh and enjoy the film, while relating to the little insecurities and issues that surface in everyone’s relationship, overall having a well-needed good time at this moment.

“With anything that you’re creating you really hope to experience it with an audience because you want to get that reaction and feel that energy,” Fazzuoli said. “I think it’s really amazing that they went out of their way to plan this because I know it’s been really hard.”

Vasquez said that “Wilderness” is a social justice film dedicated to a close friend who passed away under a series of difficult circumstances. According to Vasquez, his father’s experience as an immigrant to the United States under a guest worker program communicated an important work ethic, doing the most with what you have and the importance of staying true to the subjects that you care about.

“For me, I always think about storytelling about what can you do with the smallest means and have the largest impact,” Vasquez said. “So ‘Wilderness’ kind of derives itself from that mentality.”

Vasquez said he has spent many of his formative years in Highland Park. Despite the changing urban landscape from gentrification, Vasquez said the neighborhood has maintained a sense of community although it is often not recognized. Vasquez said it is nice to be able to go to a smaller neighborhood of a city dominated by the film industry and to be part of the documentation of Los Angeles.

“It’d be good to show — especially in a neighborhood that has changed so much, that’s been gentrified, and there [are] disparities in wealth — [and] to reexamine this reality again,” Vasquez said. “Artists have grand plans, ‘I’m going to change the world with one film,’ I mean, no, but hopefully you resonate, or the message resonates with the audience and they can, you know, the impact becomes part of the memory and lived experience or rather lived-vicariously experience.”

The festival is being produced in conjunction with ERP, Uptown Gay and Lesbian Alliance (UGLA) and the California Arts Council Grant. All attendees will be required to stay in their car during the event except when exiting to use the restroom which has a maximum capacity for two at a time. Masks are also required when outside a vehicle, and there will be no concession stand. Butcher said the event is taking place in a large parking lot with enough space to social distance.

“Social distancing has to be a priority,” Butcher said. “If you’re gathering people together, anywhere right now, that really has to be.”

Butcher said that while some films are being screened online, the drive-in festival is the primary focus and is more feasible in LA because of its consistent weather. According to Butcher, there are positives that come from both sides of screening films either online or in person.

“If you’re a filmmaker it’s sort of a yin and yang thing. Because if your film is on the big screen at the drive-in that is an optimum way for viewers to see it,” Butcher said. “But if your film is online, obviously [it] is available for many more people than it would be if it’s just playing the drive.”