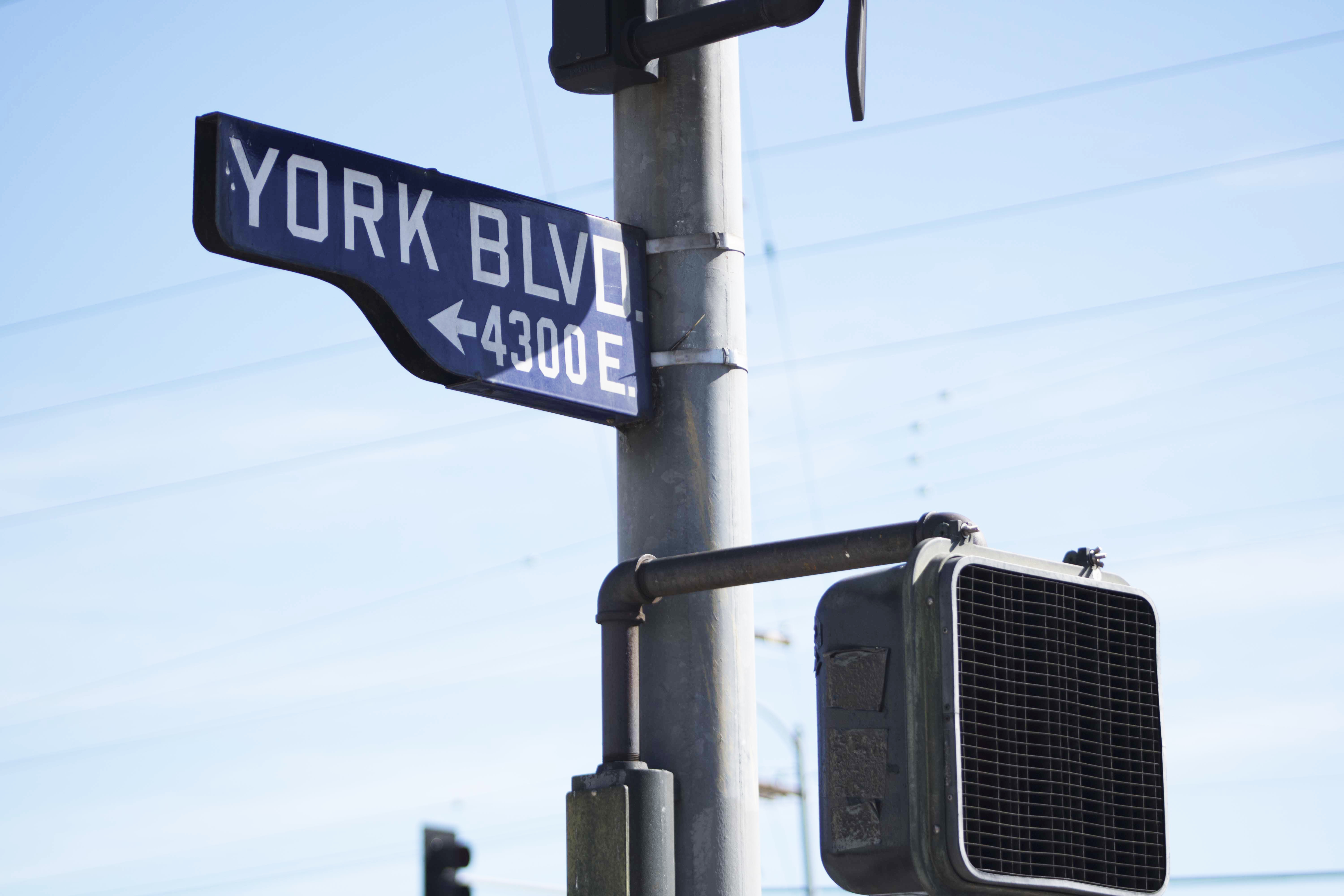 While small businesses nationwide experience closures and loss in sales, a handful of new local businesses have chosen to open in Eagle Rock and Highland Park since the start of the pandemic. At varying stages of their opening plans when LA’s “Safer at Home” orders first began March 19, these businesses in NELA had to adjust their opening plans, day-to-day operations and customer service all in a matter of days.

“I’m very confident that we have a product that almost no one else in town has, but letting people know that it exists is just an uphill climb because there’s just so much noise with everything going on in the world,” Register said.

He originally planned to open Plants + Animals while running Brown Paper LA, but said the catering company has had no more events to cater since the pandemic began. On top of that, the ambitious new business idea had a slower start than he initially expected.

“The goal was to make a type of restaurant that just didn’t exist. So we do entirely keto, low-carb comfort food: burgers, fries and fried chicken,” Register said. “We’ve got all those things that you’re missing when you take a low-carb lifestyle.”

Register said he wanted to open in Eagle Rock because the community is supportive of small businesses.

“[Eagle Rock is] really big on not-chain stores,” Register said. “It was the right place for a small, weird concept to be birthed.”

In the six months since Register opened Plants + Animals, sales have grown and Register said he was even able to extend opening hours to include dinner in early July.

“Month over month, we’ve increased our gross. We’ve just made more sales month after month,” Register said. “Today, I feel positive about the growth that we’ve made, so that’s all I can really ask for.”

Plants + Animals currently offers takeout and an outside dining option. Through the LA Al Fresco program, which allows eligible restaurants to expand their dining areas into sidewalks and parking lanes, Register was able to set up a patio seating area outside. Plants + Animals is open from 11 a.m.–9 p.m., Monday through Saturday.

Juan Gonzalez and Rafael Gonzalez are brothers and co-owners of LA Tacos & Kabobs. The brothers said they hope to open LA Tacos & Kabobs by the second week of October. The restaurant will be family-run and will serve a mixture of Mexican and Mediterranean food: kabobs, tacos and salads, with vegetarian and vegan options.

“Right now it’s a bad time. But at the same time it could be a good time for a new business due to the [demand for] delivery,” Rafael Gonzalez said.

The brothers grew up in Highland Park, went to school in the area and still have many friends and family who live in the neighborhood. The Gonzalez brothers said their local roots have motivated them to help the community by opening a business and creating job opportunities for local students.

“We want to help them get a job and also gain some experience, or if they want to do their own business later on. Later on we can help them with whatever questions they have since it’s one thing we didn’t have. We didn’t really have someone that we could ask,” Juan Gonzalez said.

Joseph Macrino and Lauren Macrino are co-founders of Tare Grocery, a new package-free grocery store which opened April 22. The couple opened the store after moving to LA, disheartened by the limited options for sustainable grocery shopping, according to Joseph Macrino.

“Personally, I’ve always felt very conscious of environmentalism,” Joseph Macrino said. “Shopping this way, you can make quite a big difference in a very simple way.”

The couple worked on the business for three years prior to opening, and they believed that Tare Grocery would fit in with other small and sustainable businesses on York Boulevard, Joseph Macrino said.

“Most of our grocery store is plant-based. We thought that because of the vegan food trucks in the area, people would be very interested in shopping this way,” Joseph Macrino said.

According to Joseph Macrino, because Tare makes bulk purchases from their suppliers, they were able to have stock items such as yeast and flour even during nationwide shortages in grocery stores in the early months of the pandemic.

“It seemed like the perfect time to actually open this kind of store. Obviously, we had to change some operational things in order to keep everyone safe,” Joseph Macrino said. “People can’t get what they want at the store because everything sold out. We have a slight advantage because we’re purchasing everything in bulk so we can actually still get everything while the other grocery stores can’t.”

Rose Schwartz and Warren Schwartz, the four-year co-owners of Magpies Softserve, originally had the idea for their business while stopping at a Dairy Queen during their drive to Palm Springs one summer.

“We’re sitting there looking at our cones, and it’s vanilla or chocolate, and we’re like, ‘Why don’t we do this, this is what we need to do. We need to make soft serve into different flavors, and switch out flavors instead of the traditional chocolate and vanilla twist,'” Rose Schwartz said.

Magpies’ flavors are inspired by Rose Schwartz’s travels. Her favorite thing to do when she goes to foreign countries is to visit different grocery stores and observe what locals buy. She said offering several non-dairy options was also important to her because her sister is lactose-intolerant.

Magpies Softserve currently has one location in Tarzana and one in Silver Lake. After a year of planning, Rose Schwartz said the new Highland Park location is expected to open in October once they obtain their health permit, train their staff and prepare their kitchen. Rose Schwartz said she is excited to open and feels fortunate to be able to continue with their plans to open.

For Rose Schwartz, her goals for the new Highland Park location are to collaborate with local businesses and to add seating spaces when local health regulations permit.

“In the construction phase of Highland Park we didn’t get to put [seating] in,” Rose Schwartz said. “Instead, we put up a glass partition.”

Prior to opening Ichijiku Sushi Bar in mid-August, co-partners and Highland Park residents Wade McElroy and Russell Malixi had hoped to open a sushi bar for several years.

“We both love sushi. I did the Miyaki and Washoku School for a month downtown, and Russell did some traveling in Japan,” McElroy said. “We felt like [a sushi bar] could be a really nice thing to offer people in the neighborhood and we got a lot of people telling us, ‘Please open a sushi bar,’ or ‘God, we need a sushi bar.'”

According to McElroy, they were already halfway into their plans for Ichijiku Sushi in Highland Park — lease signed, chefs hired and painters already working on the restaurant’s interior — when the pandemic began. For several months prior to opening, it was unclear whether they’d be able to move forward with their plans, Malixi said. Now a month after opening, Malixi said the decision to open has set both a challenging and rewarding experience for them and their team.

“It’s been hard for everybody so I don’t want to complain, but it’s pretty confusing most days, and depressing. I miss having the community showing up and being able to take care of them,” Malixi said. “It certainly is an odd time to be launching a business but we’re definitely very grateful with the outcome and the fact that it’s sustainable right now.”

Unlike McElroy and Malixi, Saturn Cafe owner Ernesto Quintero was not actively planning to open a business when the pandemic began. Quintero opened a new pop-up, Saturn Cafe, July 25 inside Eagle Rock’s Pie & Cone and Pub 1954 on Colorado Boulevard in collaboration with Herb Gualpa, co-owner of Pub 1954 and Pie & Cone. Gualpa and Quintero’s collaboration was part of a joint effort to reopen Pie & Cone by combining their customer bases and creating new menu items. Both Pub 1954 and Pie & Cone temporarily closed in the first week of April to keep staff safe and follow local health guidelines, according to Gualpa. While Pub 1954 remains closed due to local health guidelines, Gualpa reopened Pie & Cone July 25 alongside Saturn’s opening.

Saturn Cafe is a diner-inspired vegetarian and vegan restaurant that originally started in Santa Cruz. In collaboration, Quintero and Gualpa have combined mini versions of Saturn’s Santa Cruz menu and Pie & Cone’s menu.

Additionally, they have added new items to the menu as a result of their partnership. One new item is Pie & Cone’s vegan taco salad pizza which Quintero said he helped create in order to expand their vegan and vegetarian options. Quintero and Gualpa have also incorporated parts of Pub 1954’s drinks into the reopened Pie & Cone and the new Saturn pop-up, Quintero said.

“One thing we did as a collaboration with Pub 1954 was we created what we call boozy milkshakes. [Saturn] worked on flavor profiles of shakes that we knew were really popular and then we tried to figure out with [Pub 1954’s] advice what alcohol to pair with that,” Quintero said.

Saturn Cafe’s collaboration with Pie & Cone has also extended to Quintero and Gualpa’s shared values. Quintero said that as Latino, small business owners, they are aiming to work with locally-sourced brewing companies, and women-owned, LGBTQIA+-owned and people of color-owned breweries and wineries. Gualpa said he wants to continue working with people who share values he and Quintero think are important.

“Currently we work with Homeboy Industries — Homeboy Bakery. They provide some of our breads here, and they help ex-gang members find jobs,” Gualpa said. “That’s the kind of businesses we want to support.”

For Quintero, opening and operating a new business during the pandemic has meant maneuvering new ways of interacting with customers, which is a balance between hospitality and safety.

Saturn Cafe and Pie & Cone are currently open noon–8 p.m. for takeout and outdoor seating Thursdays through Mondays. They plan to have weekly happy hours on their shared patio from 5 p.m.–9 p.m., every Friday and Saturday night until the end of October.