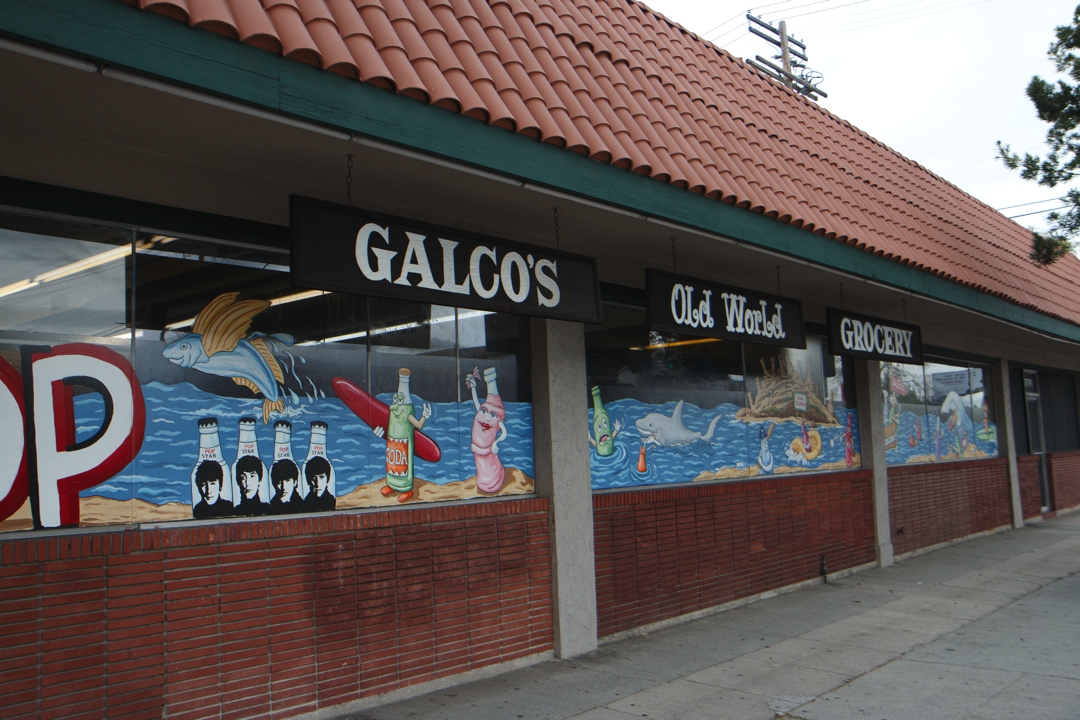 Situated across the street from a body shop and down the street from a McDonald’s drive-through, Galco’s Old World Grocery may seem inconspicuous to passerby. However, inside the store one finds aisles stocked with glass bottles filled with brightly colored soda. Galco’s specializes in vintage and exotic sodas and beer, unlikely to be found in a typical grocery store. Located on York Boulevard. within walking distance of Occidental, Galco’s provides customers with opportunity to discover old, new and unusual beverages that will surely satisfy any soda or beer aficionado’s cravings.

According to owner and manager John Nese, Galco’s opened as an Italian grocery store in downtown Los Angeles in 1897. In 1940, Nese’ father, Louis Nese, became a partner at Galco’s with the original owners, Mr. Galioto and Mr. Cortopassi (from whom the store gets its name). Two years later, Louis Nese bought Galco’s, and in 1955, moved the business to its current location in Highland Park. At the time, not everyone encouraged the small store’s arrival.

“When we opened, I’ll never forget, the lady next door says to us, ‘You got a Safeway right next door, you won’t last two months.’ Well, Safeway’s gone,” Nese said.

The Italian deli in the back of the store serves as the last visible remnants of its old roots. There, customers can order sandwiches like “The Original,” which consists of italian dry salami, mortadella, salami cotta, ham, mayo, mustard, pickles and provolone on a french roll. Most sandwiches range between six and eight dollars.

In 1995, Nese’s father passed away and Nese took over, changing the focus of the store from food to beverages. Nese said one of the primary reasons the store transitioned to soda and beer is because big food companies Pepsi-Cola disrupted the way small food stores operated.

“Big business wants to control the market, and how they do it is very simple — they buy up the distribution channels of the little stores and then close them down, and then reopen them at 15 dollars a case more,” Nese said.

Nese added that if an independent store (like Galco’s) wanted to compete with a supermarket, it would have to increase its prices because its distributors had increased theirs.

“As soon as they jack the prices up 15 dollars a case, and we have to charge more, they were always coming in priced under us. And everyone thought independents were not as efficient and charging more and that wasn’t the case. After they destroyed the distribution system, that was the end,” Nese said.

Rather than try to compete with large corporations, Nese sought to find independent businesses like his own to re-amp the distribution chain. Instead of food, Nese went out looking for sodas. Twenty-two years later, Nese now buys directly from independent distributors, brewers and bottlers for nearly every product.

Painted at the entrance of Galco’s is the store’s motto, “Freedom of Choice.” Nese said that because he exclusively controls his shelf space, as opposed to giving power to larger corporations, he is able to provide his customers with more options.

In addition to over 750 kinds of soda, Galco’s has an impressive international beer selection, as well as an eclectic assortment of sakes, ciders, meads and ice wines.

“We have a lot of things you’re not gonna find anywhere else,” Nese said.

Walking down the aisles, Nese pointed out a detailed history of how he came to know the soda bottlers, stories of customers finding their favorite flavors and, emphatically, that some brands are exclusively sold by Galco’s.

“Nobody carries this but us, we buy out their whole inventory,” Nese said while holding a bottle of rose-flavored Sweet Blossom Soda.

Sweet Blossom is a family-run soda-bottler located in Romania that specializes in flower flavors.

Of the store’s customer base, Nese said many of them are longtime fans.

“Some people really get into it,” Nese said.

Nese introduces new soda flavors all the time, and he said he enjoys searching for the new and exotic.

There is a request box at the front of Galco’s through which people can request a soda or beer that the store does not have. If Nese finds the requested flavor, he will try to get it and then remove the request. The request box is not usually full for long.

Love unique soda? Email us at weekly.oxy.edu or Tweet us @OxyWeekly