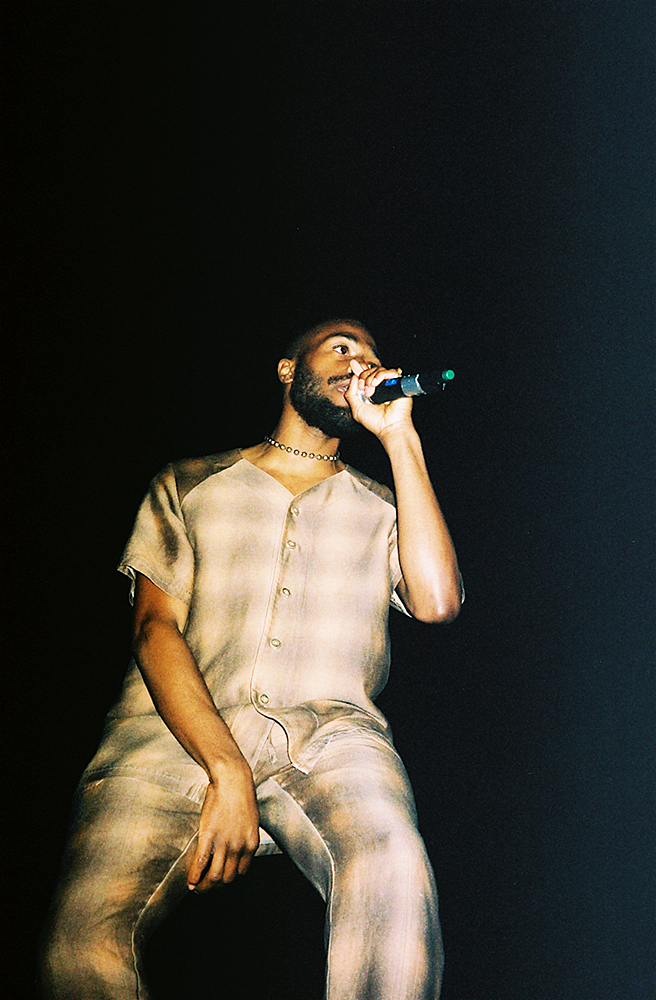 KOXY hosted its last show of the semester on the Arthur G. Coons (AGC) steps, with Oakland-native G.L.A.M. opening for LA rapper Duckwrth April 12. Although the show didn’t start until around 11 p.m., it still managed to attract more than 300 audience members according to Mariana Martinez (senior), the KOXY station manager. The crowd jumped and danced to the hip-hop beats throughout the performance, maintaining a high energy level.

Duckwrth, born Jared Lee, is a 30-year-old recording and visual artist from South Central Los Angeles with a style that combines funk and hip-hop. In an interview with The 405, Duckwrth explained his stage name is his mother’s maiden name, which he chose because people used to call him by the name in college. The show opener, G.L.A.M., which stands for “Good Lyrics and Music,” is a 26-year-old Oakland-born rapper that alternates between gritty bars and laidback flow, according to the KOXY event page.

“[Duckwrth is] not just a musician; he has a lot of other art stuff that he does, like fashion stuff, and graphic design, and he’s kind of just doing his own thing,” Haggerty said. “That’s why I think a lot of Oxy students respect him a lot and follow him because he’s all-around like an artist.”

G.L.A.M. was also invited as the opener because both artists belong to the same management agency, The Blind Youth, and Luis said the agency recommended both artists perform. 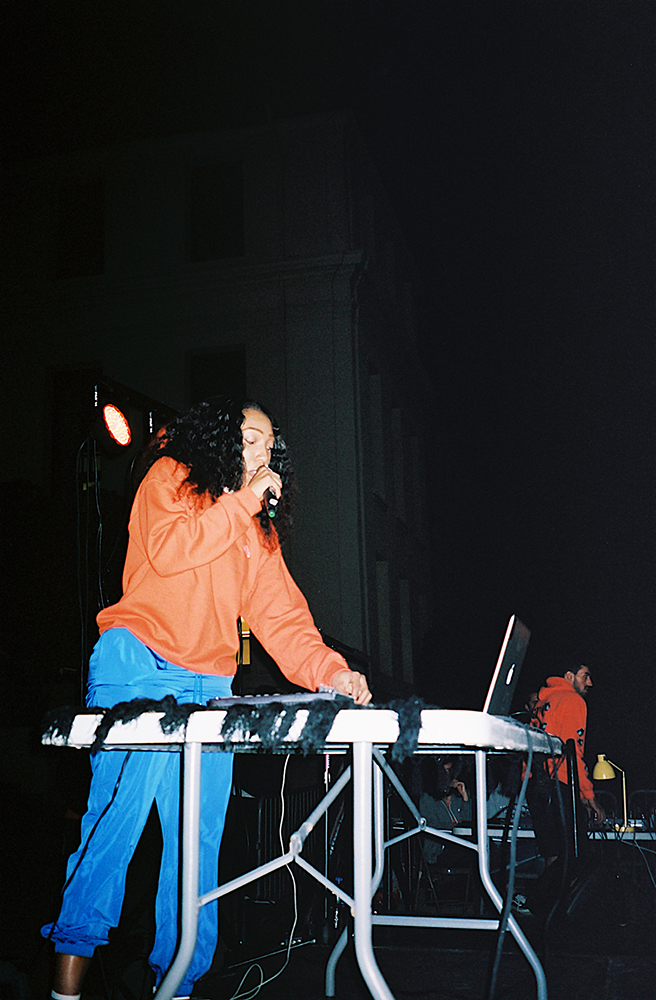 The show was scheduled to begin at 10 p.m., but was postponed to 10:40 p.m. because the artists had to complete a soundcheck, according to Martinez. At around 10:50 p.m., a small number of audience members were present, filling the front end of the enclosed area below the stairs. G.L.A.M. livened the atmosphere by freestyling to some punchy beats and playing with the turntables to blast funky tunes through the speaker systems in front of the stage. By 11:04 p.m., G.L.A.M. had already performed four songs and the crowd grew in size as attendees arrived in groups. Haggerty said one of the advantages of hosting events near the quad is that people will notice and drop by to experience the music. G.L.A.M. ended her performance at around 11:10 p.m., and excited the audience for Duckwrth’s performance.

Duckwrth did not appear on stage until 30 minutes later. At this time, the audience had grown dramatically, congesting the enclosed area from the AGC stairs all the way to grassy patches on the quad.

“What the f— is up Oxy?” Duckwrth said the moment he got up on stage.

Unlike G.L.A.M., which was a solo performance, Duckwrth brought with him a guitarist, a bassist and another rapper to accompany his vocals. “Tamagotchi” was the first song performed, and a smooth transition from strong beats into a melodious guitar solo toward the end of the song made audience members in the front rows jump up and down to the beat. Duckwrth also moved around the stage swiftly, at times even standing on the booming speakers. 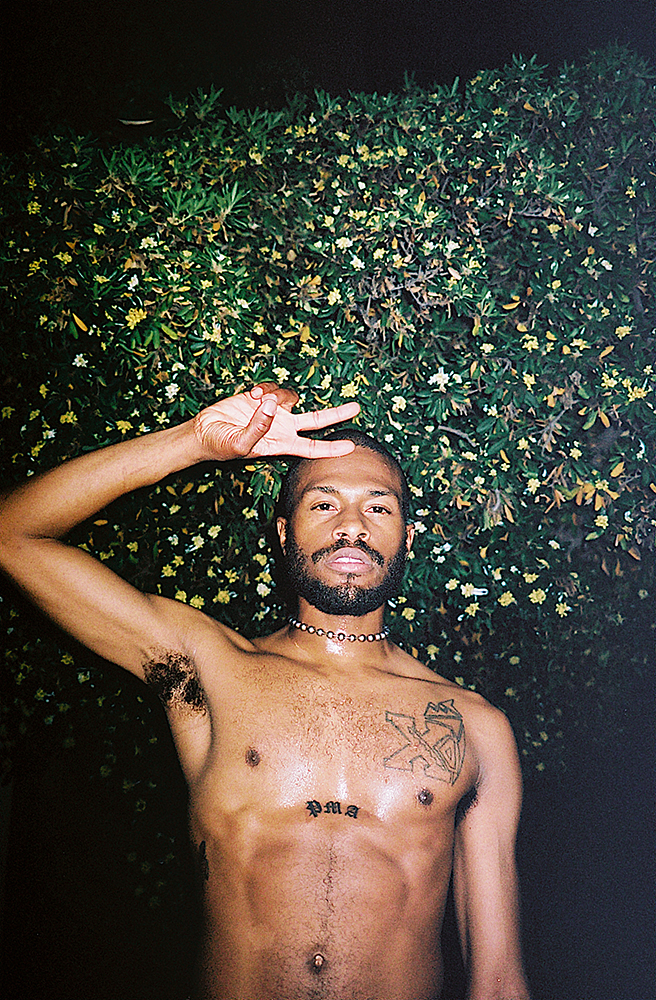 To accommodate the increasing number of audience members, Duckwrth proposed moving the fence up the stairs, and the crowd swarmed up the steps, eager to meet him, unafraid of being only a foot away from the blaring speakers.

“Y’all getting so close maybe I can do some R&B s—,” Duckwrth said.

Later into the night, Duckwrth turned the vibe up a notch by rapping to a series of bass-heavy, deafening beats, transforming the open-air area into something like a dancefloor in a nightclub.

“For the next song, everybody shake their a—, get yo’ a— out!” Duckwrth said.

Duckwrth performed the last few songs with exuberant energy unseen earlier in the night and took his shirt off, despite the temperature lowering into the chilling 50s.

“[Duckwrth’s] literally making white noise and I kind of f— with it,” Nguyen said.

This show will be the last show with Martinez as station manager, but she was still happy about the turnout and that her favorite artist performed at Occidental.

“I’m really happy because it was my dream to book [Duckwrth] and bring him to Oxy. And that we made it happen, so, I’m happy that it turned out the way it did … I’m happy this is on the last day,” Martinez said.

The case for cassettes: ‘I like to be physically attached to my history’

The excitement of language learning and a ‘collective learning experience’