Over two years ago, on Jan. 26, 2020, a helicopter crash claimed the lives of nine people, including basketball legend Kobe Bryant and his 13-year-old daughter Gianna Bryant.

After the tragedy, people from all over the world took to the streets to tell their stories of Bryant. The walls across LA became a hub for artists to mourn and pay homage to Bryant as murals began to pop up all over the city. Soon after Bryant’s death the world came to a halt due to the COVID-19 pandemic, but it did not stop the emergence of these tribute murals both locally and internationally.

LA native and creator of KobeMurals.com and @KobeMural Instagram Mike Anser said he channeled his grief of Bryant’s death into something positive. KobeMurals.com uses an online reporting system through its over 140,000 followers on Instagram to map and advertise the murals for the public — there is a current count of 335 public Bryant murals in Southern California.

With over 3.7 million website visits on KobeMurals.com, the interactive mural map is a free resource, dedicated to those whose lives were lost that enables access to an exposition of Bryant’s ongoing legacy.

Having grown up watching the Lakers play as a child, Anser said he experienced Bryant’s death like a personal loss.

“It all felt like family,” Anser said. “Nothing ties my family together more than the [Los Angeles] Lakers, and although it was traumatic for all of us, it brought us all together.”

On Melrose Avenue, the impact of Bryant’s Mamba Mentality is carried throughout the community. Photographer and Kobe Bryant fan Trevon Smith from Atlanta attributes his work ethic to Bryant’s Mamba Mentality. On Melrose Avenue promoting ARTBYHOLLYWOOD, Smith can often be spotted behind a camera taking photos of celebrities such as Kanye West, Trippie Redd and Wiz Khalifa.

Smith said the culture of LA revolves around Bryant’s impact not only as a player for the Lakers, but as a motivational figure as well.

“His impact went beyond sports –– the significance of Kobe Bryant to me was his perseverance,” Smith said. “His perseverance is something that he brought with him throughout his life, and he always put his best foot forward.” 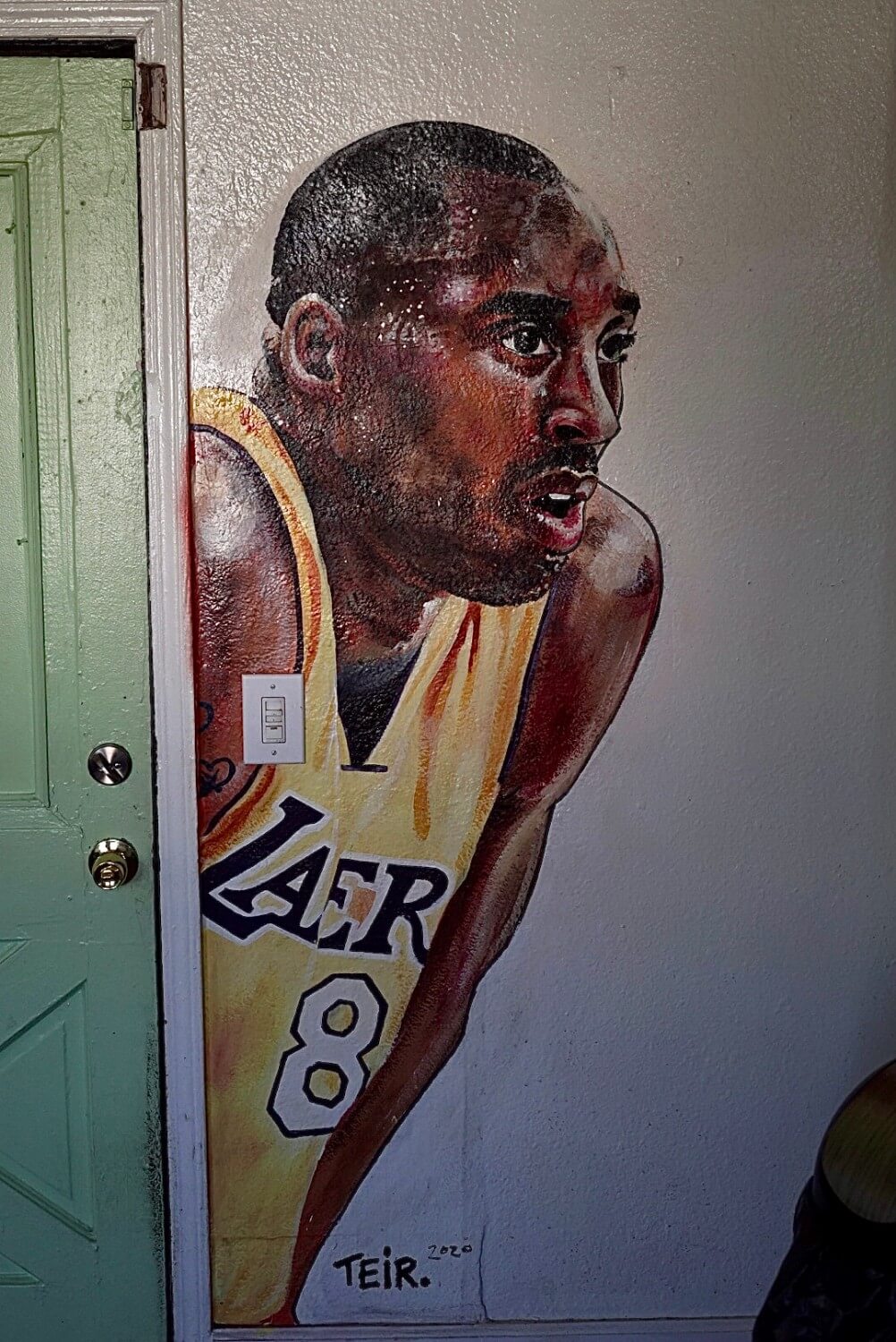 Follower of KobeMurals and Occidental men’s basketball player Nikhil Malik (first year) said he likes to see how artists commemorate Bryant through the murals. Malik lived overseas until he was 17 years old –– in Chad, Sri Lanka, Nepal, India, South Korea and South Africa –– but he said the Lakers played a significant role in his life.

“I would wake up at 6 a.m. because of the time zones to watch the live Lakers games,” Malik said. “Kobe Bryant was like a superhero because he seemed so unobtainable.”

Bryant still inspires other people and other artists, through his legacy.