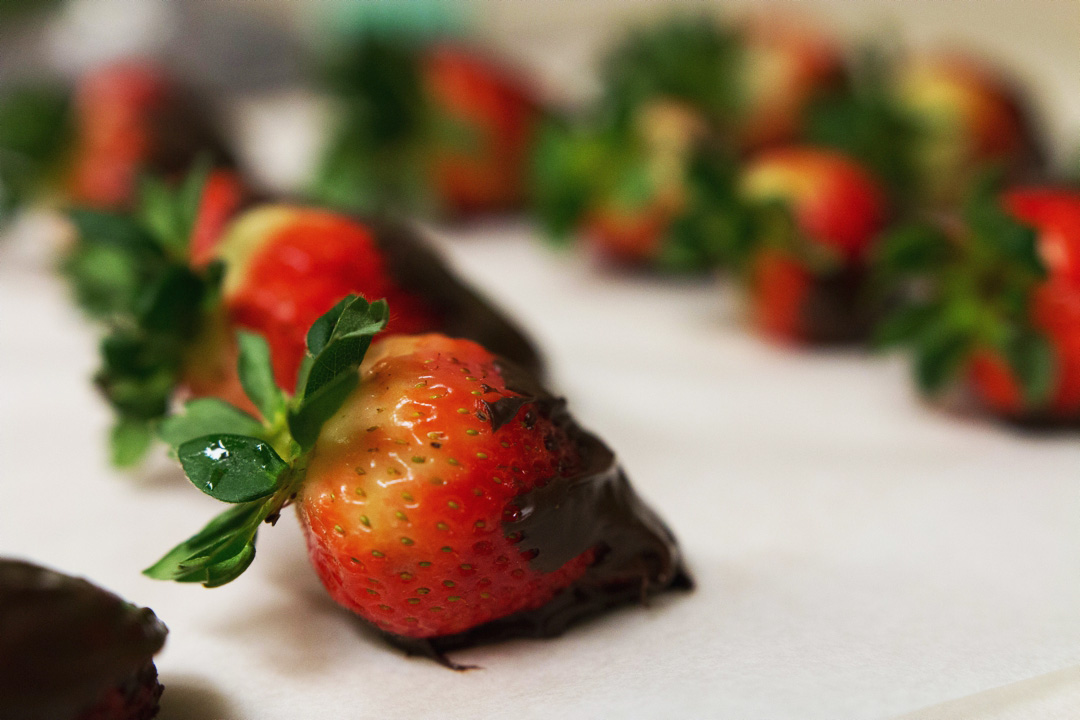 Periodic Baking, a new club at Occidental that aims to discuss the science behind baking, held its first meeting Feb. 13. Founded by co-presidents Lynn He (sophomore) and Charlotte Cullip (sophomore), the club intends to create an inclusive space to bake while expanding knowledge about chemistry and its correlation to baking in an approachable manner. The club members are currently using the Wylie kitchen for meetings, which are Monday nights 6–8 p.m., but hours may change after gauging the interest of new members. Meetings are open to all students.

The club recruited a total of 30 students at the Spring Involvement Fair; 15 attended the first meeting.

Club secretary Anne Marie Crooke (sophomore) recalled that baking with He, Cullip and treasurer Roshni Katrak-Adefowora (sophomore) served as inspiration for the club.

“All of our founding members enjoy chemistry, but we also love baking and experimenting with food, so Periodic Baking was a great way for the four of us to bring together a few of our interests and share them with the Oxy community,” Crooke said.

Realizing their shared enthusiasm for all things science and baked goods, they decided to take action. The first challenge was determining a name that encapsulated the executive board’s passion for science puns. The club was temporarily referred to as Baking Bad before members decided upon Periodic Baking. The club was then approved by the Office of Student Life (OSL) in the fall and received funding from Associated Students of Occidental College (ASOC). They plan to hold bake sales in the quad to raise additional funds. He discussed her excitement for the club.

“I am obsessed with baking and I’ve always wondered why we need baking soda versus baking powder, what makes a cake rise and how to make perfect macaroons,” He said. “Understanding the chemistry behind baking makes me a better baker because I can adjust the recipe to my taste.”

The club members made chocolate covered strawberries for their inaugural meeting in the spirit of Valentine’s Day and have plans to combine baking and mathematics for Pi Day, March 14. They plan to collaborate with mathematics professors Gerald Daigle and Gregory Tollisen for a pi(e)-filled meeting that will be open to the entire campus.

The seven participants approached the process of chocolate covered strawberries with the precision and methodology of chemists. Club members used a double boiler over an oven top and engaged in the lengthy process of tempering their chocolate. The objective of tempering melting chocolate is to stabilize the various fatty acids found in cocoa butter, creating a smooth substance. This is a challenging feat since the disparate fatty acids melt at different temperatures. The Periodic Bakers overcame this scientific obstacle through the process of tempering by seeding, which consists of melting approximately 70 percent of the chocolate, and adding the remaining 30 percent once the first portion was a melted liquid. Cullip informed the group that there are extensive scientific papers about cocoa butter polymorphism.

While waiting for the chocolate to temper, Cullip and He presented a brief slide show, complete with graphs, diagrams and puns explaining the science of the process the group had just enacted. Afterward, the group spread tempered chocolate evenly over strawberries, which were completed with a white chocolate drizzle. Club member Emma Kovacs (sophomore) who attended the first meeting, commented on her reasons for joining Periodic Baking.

“I feel like it’s a really fun and innovative idea; it combines baking which lots of college students don’t have the opportunity to do, while exploring the scientific side and making it accessible,” Kovacs said.

The next meeting of the Periodic Baking club will be held March 14. All students are encouraged to attend and check out the club’s Facebook page for further information.