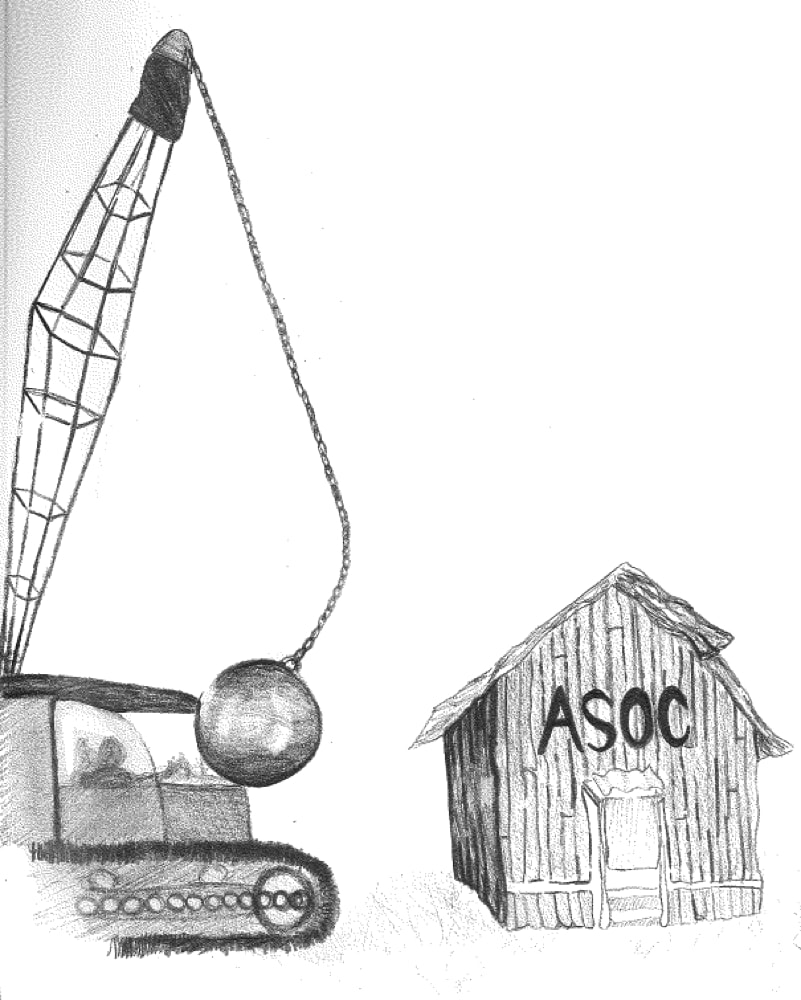 In the most recent Associated Students of Occidental College (ASOC) elections, two of five positions on the ballot ran unopposed, and two seats — one junior class senator and one honor board juror — were left unfilled. This dearth of candidates is nothing new at Occidental, but its banality doesn’t excuse it. In fact, the low rate of candidates running for ASOC undermines the integrity of the association. For years, Occidental students have viewed ASOC with disdain, but we need more than jibes and editorials. We need radical reform so that ASOC really works for the student body.

I agree that student senate lacks credibility after events such as former Student Senate President Chris Weeks ’16’s impeachment, but I reject the derision or apathy that results from that point of view. Rather than use student government as a punching bag or choose not to vote (only 433 students voted in the most recent election), students should demand real, radical change. We should not have to be satisfied with a system of government that fundamentally doesn’t work.

I am a transfer student. I came to Occidental in the fall of my sophomore year from Dickinson College, one of Occidental’s peer schools — a set of colleges and universities that Institutional Research deems comparable to Occidental. Three years later, I have been almost completely satisfied with my decision to transfer, except for one thing; from my first weeks on campus, I have been sorely disappointed in the student government at this school.

At Dickinson, I served on the dynamic and efficacious Student Senate. I sat on one of seven committees, each with a precise mandate from Dickinson’s Student Senate Constitution. Occidental’s senate, by comparison, has four committees, the purposes and makeups of which the ASOC Senate Bylaws fail to adequately explain. In the spring, the Dickinson student body president asked me to join a 13-member Constitutional Drafting Committee. Made up of both senators and representatives from Dickinson student organizations equivalent to Occidental’s Programming Board, Oxypreneurship and Renewable Energy and Sustainability Fund, we revised the Student Senate Constitution, thinking through the future interpretation of every article. Students valued producing a comprehensive governing document through a collaborative process.

When, at the end of the academic year, I ran for vice president of academic affairs, it was one of multiple contested races and every position up for election was filled; there were no vacancies.

I am sympathetic to the wariness students harbor about running for ASOC due to my personal experience with elections. Two years ago, after collecting the requisite signatures for an Honor Board nomination, I went to the Apr. 15 informational meeting presided over by Elections Chair Garrett Van ’16. At the meeting, the candidates realized that 12 students were running for eight Honor Board seats, while seven Senate seats had garnered no candidates.

One Honor Board candidate asked if he could run for junior class senator instead. Once Tamara Himmelstein, director of student life and adviser to ASOC Senate, decided to allow the move, another student decided to switch to run for the other junior class seat, one for Vice President of Internal Affairs and myself for Vice President of Academic Affairs, eliminating opposition for all Honor Board seats in the process. We left with the understanding that elections would go live the following Monday with our altered candidacies.

However, after the Apr. 18 Student Senate meeting, Himmelstein sent those of us running an email explaining that the current Student Senate and elections chair had rejected the switching; we could either submit a nomination form for the new position by midnight the following day — a period of just over 24 hours to collect another 50 signatures — or stick to running for Honor Board. Because of this and the lack of cohesion I perceived within Senate — which cemented my impression that ASOC government was failing — I decided to drop out of the race.

None of the past five ASOC elections have featured a full slate of candidates. An average of 81.8 percent of positions have been unopposed since Spring 2016 while on average, 3.2 seats have been left vacant.*

Here’s my radical proposition: forget everything we know about ASOC Student Senate and start from scratch to create a Senate that students want to be a part of. I propose we look to our peer schools (like Dickinson) as models. Let us move beyond the current body of 13 voting and three non-voting members (0.06 percent of Occidental’s student body). For perspective, a greater number of students are named Sam (29) than have voting seats on the Senate (13). I propose completely rewriting the ASOC constitution and bylaws to move closer to 40 voting members: six senators per class rather than two, class councils for each year with presidents voting on Senate, an ASOC president and six or seven vice presidents. This change, coupled with greater responsibility for Senate outlined in a new constitution, will be the first steps toward a successful ASOC government.

So please, demand change. Petition Student Senate to adopt a revised constitution, attend meetings and run for positions to make a change from within. My plan may seem counterintuitive given that a large part of why ASOC Senate fails is because no one runs for the few positions currently available. Adding more positions might seem preposterous, but it just might work.

Shawn Cremer is a senior Diplomacy and World Affairs major. He can be reached at scremer@oxy.edu and @shawnecremer on Twitter.