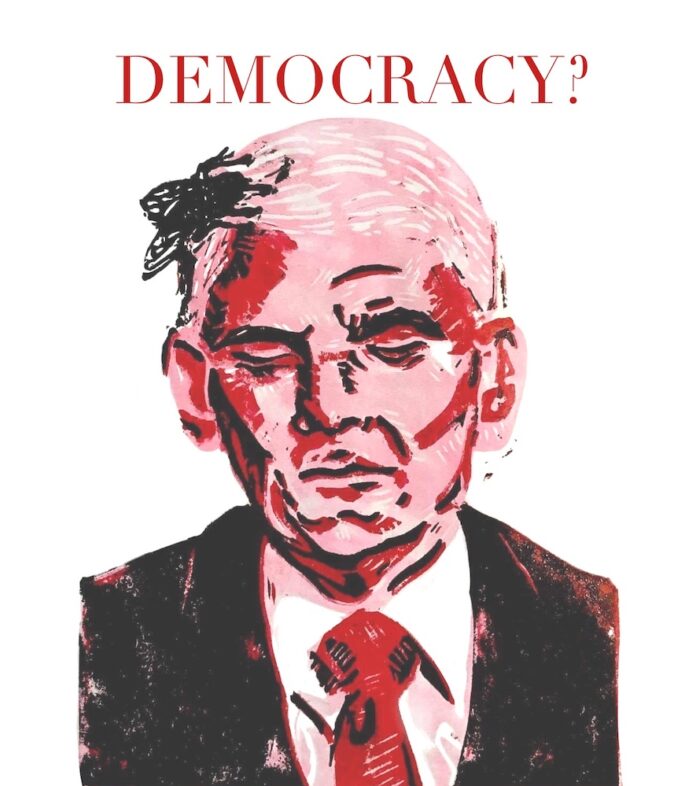 With Nov. 3 pressing closer, American election news is on my mind — surprise, surprise. Since the 2020 Democratic presidential primary debates, I have loved watching all of the election-related debates and town halls: it was fun to seek out meme-worthy and drama-filled moments. (The memes about Pete Buttigieg’s wine cave dinner got me through a lot.) Recently, however, I haven’t gotten the same glee from those moments.

My older sister Chelsea texted me after the VP debate between Vice President Mike Pence and Senator Kamala Harris to ask me if I had seen the fly that had relaxed on Pence’s hair during the debate that night. I had not, but I had already heard about the famous fly a couple of times from commentators on MSNBC.

I was concerned about both my sister’s and the political commentators’ obsession with that fly. Shouldn’t the substance of a debate be discussed more energetically than any moments of humor?

Perhaps our hyper-attention on meme-worthy political moments hints at a dark truth: we, as flawed human beings, lack the disposition to perceive public affairs clearly.Of course people have biases — but more than that, people are also prone to distraction. Even a New York Times (NYT) columnist was sidetracked from the facts when he speculated that the fly might be a divine symbol exposing Pence’s atypical (even inhuman) reactions. Ouch. In all seriousness, if a writer for the NYT is unable to resist a lengthy digression for the meme, how can we expect ourselves to sustain our focus on the facts?

Maybe citizens in a self-governing community have an impossible job, as they are tasked with forming an intelligent opinion on every issue their community faces. The late journalist Walter Lippmann wrote about this idea in his book “Public Opinion.” Lippmann argued that citizens in a democracy face pressure to reduce matters into abridged mental images in order to make innumerable judgments while maintaining coherent worldviews. The leanings of an individual voter might be determined by tightly-held assumptions or stereotypes rather than specific, factual knowledge.

In Lippmann’s book, he also argued that no person, no matter their intelligence or profession, has a sufficient understanding of the world. That outlook may have been influenced by his role contributing to World War I propaganda as a member of the Committee on Public Information (CPI). The CPI was an agency of the U.S. government designed to drum up support for the country’s participation: Lippmann had an insider perspective on the ways people’s opinions can be manipulated without their consent.
“We are told about the world before we see it. We imagine most things before we experience them. And those preconceptions, unless education has made us acutely aware, govern deeply the whole process of perception,” Lippmann said.

Despite these challenges, political conversations would be more substantive if the majority of voters were attentive to the exchanged arguments and open to having their minds changed on issues.

Political memes, like those about the fly’s imagined publicist, or the imagined dance the fly was doing with Ocean Spray Cranberry Juice, highlight our tendency to reduce matters and transform information to fit preconceived notions. It’s easier to process the humor of the fly than to process what Pence was arguing during the buzzing: that Harris and other Democrats had ignored South Carolina Republican Sen. Tim Scott’s bill for police reform.
The popularity of political memes is troubling because that popularity supports the idea that entertainment value is more important to voters than the quality of information communicated. Memes are constrained by their medium; they cannot convey complex facts. (Lippmann was doubtful that news consumers really cared about receiving factual information.)

Ultimately, I am not suggesting we should abandon the democratic system. However, I think that many voters, myself included, can do a better job of actively trying to differentiate between small dramas and matters of great importance. Staying updated with current events, reading from a diverse range of news sources and actively challenging assumptions will help us to become more informed. Democracy needs informed voters more than it needs entertained voters.