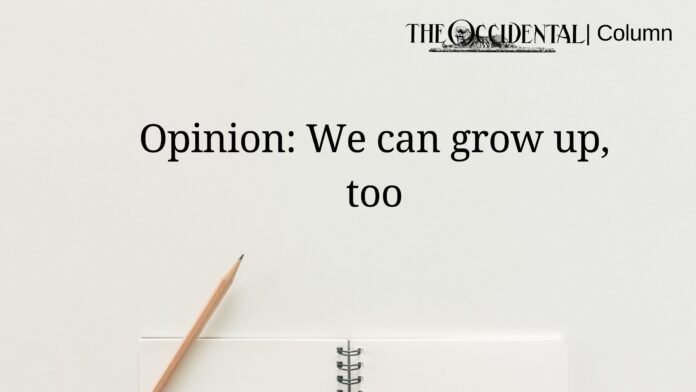 The first adult I confided in about my delayed manifestation of Post-Traumatic Stress Disorder (PTSD) symptoms was my commanding, intellectual, Black, mid-30s high school basketball coach. Among the many reasons I love him is that he was my coach my freshman year of high school, and that he liked me and my two other freshman teammates enough to come back to coach us our senior year after a two-year break. He still worked at my high school during that break, so I had plenty of time to deepen my relationship with him, time I took advantage of.

We talked about everything from video games and Japanese pop culture to racism and my high school’s elitism. He was always passionate about sharing his views, and I delighted in being caught up in his rants. The highest praise I ever got from him was that he could see me being a coach someday. If I could be to a group of kids what he was to me, I’d know I’ve made it.

But things weren’t always great. I felt like I was letting him down a lot my senior year as captain. I was leaving games at halftime to have panic attacks, not showing up to practices, hyperventilating in bathrooms when I should have been warming up with the team. I hated feeling like I wasn’t earning the captainship he’d given me. I thought I owed him an explanation.

It took a few failed attempts, but I confided in him about my delayed onset of PTSD symptoms and their origins. His patience with my failed attempts to get words out made me realize that he really was a safe person to tell. On one occasion, he showed me he was ready for whatever I had to say by sharing with me stories of his own reckoning with agoraphobia as a kid and the anxiety that stuck with him to this day. As I sobbed, I drifted into listening to his soft voice recount tales of his own wounds.

These existential insecurities didn’t spring up from nowhere: the whitewashing of the experiences of mental illness in media and healthcare have widely-felt consequences as severe as racially biased diagnoses. A quick Google search of “fat people mental health” turns up headlines I refuse to repeat because they shame fat people not only for their fatness but also for any poor mental health they experience, including experiences of anxiety and depression. Queerness and transness are still frequently perceived as mental illnesses in and of themselves, with “homosexuality” present in the American Psychiatric Association’s Diagnostic and Statistical Manual (DSM) until 1973. Gender dysphoria is still in the DSM, which is unacceptable to me even if it is only for insurance purposes, as I strongly suspect, because it is another way cisnormativity polices transgender people’s autonomy.

To live at the intersection of these oppressions –– as so many people do –– blinds us to the possibilities of our lives. I need people to show me what’s possible. I am so lucky to have my basketball coach as a role model. He is living proof that not only can I live with my mental illnesses, but I can live with them under the conditions of oppression that exist beyond them.

I continue to seek out role models, especially in BIPOC and queer communities. In fact, I recently began an eating disorder recovery mentorship and am currently being supported by someone who not only understands my mentality towards eating and recovery, but also, as a gay man, knows the safety planning and daily stressors of being something other than cisgender and heterosexual.

And I think it’s my responsibility to pay all the support I’ve received forward. It’s why I’m honest about my past lows, the hiccups in my ongoing recovery and mental illness management –– and my triumphs too. I can, and will, continue to exist in this world. First as a life, then as a memory, but hopefully always as a source of comfort and strength for someone who identifies with any of my struggles.

The author of this piece is Junko Anderson, a member of a chapter of Active Minds at Occidental College. Active Minds is a national organization that aims to reduce the stigma surrounding mental illness and promote good mental health.