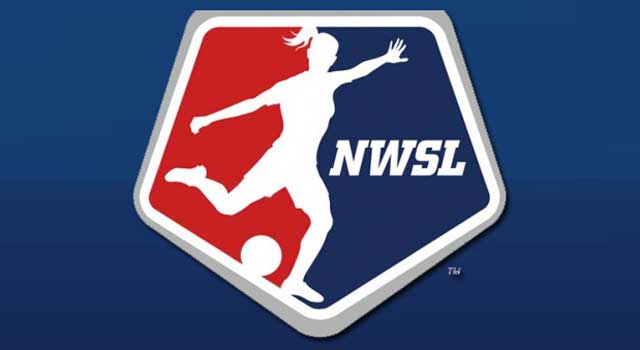 The 2017 season of the National Women’s Soccer League (NWSL) came to a close Oct. 14 in Orlando, Fla. After a physical match that included three yellow cards, captain Christine Sinclair and midfielder Tobin Heath of Portland Thorns FC lifted the NWSL championship trophy. This marked the second championship win for the Thorns, who also won the inaugural championship in 2013.

The first half may have been scoreless, but it was tense, with two players from the North Carolina Courage (previously Western New York Flash) replaced due to injuries before the 40-minute mark. The first and only goal of the match came in the 50th minute, with a carefully-placed, near post volley by Thorns player Lindsay Horan off a set piece by her teammate Emily Sonnett. For the next 40 minutes, the Thorns back line and goalkeeper Adrianna Franch fought to keep the ball out of the back of their net, until referee Danielle Chesky blew the final whistle after nearly six minutes of stoppage time.

The championship comes at the end of the NWSL’s fifth season, making it the longest-running professional women’s soccer league in the United States. Its predecessors, Women’s Professional Soccer and Women’s United Soccer Association (WUSA), lasted just three seasons each before collapsing due to lack of funding. While the NWSL has experienced some controversy over player salary, leading to the formation of the NWSL Players Association, the league shows no signs of slowing its growth — the big question heading into the 2018 season is, “Now what?”

Jeff Plush, former league commissioner, set a goal for the league to have 14 teams by the 2020 season (it currently has 10). These expansions will likely come in sets of two, so as not to leave the league with an odd number of teams for regular season play. With no scheduled expansions for the 2018 season, we should expect two new teams to join the ranks in 2019, with the search process occurring during this next year. The obvious choice for an expansion team, and by far the most likely, is California — the time has come for a professional women’s soccer team based in Los Angeles.

The easiest way for a new team to join the NWSL would be to establish an affiliation with an existing Major League Soccer (MLS) team. By taking advantage of an already existing fanbase, NWSL teams that are partnered with MLS teams gain a greater degree of financial stability and the devotion of an already loyal group of supporters. Portland Thorns FC, the most accomplished NWSL team in terms of profit and average attendance, has been partnered with the Portland Timbers since its inception in a formula that is sometimes referred to as the blueprint for success in not only women’s soccer, but in all women’s professional sports. The Orlando Pride, established three years after the Thorns, is affiliated with Orlando City Soccer Club and holds the record for highest game-day attendance. The success of these clubs argues that partnering with MLS teams is the only way to go if the NWSL expansion teams are serious about success and longevity.

California has a rich history of supporting women’s soccer. In the WUSA, there were two California-based teams, the San Diego Spirit and the San Jose Cyberrays, and the state frequently hosts the United States Women’s National Team for training and games, the most recent during the Tournament of Nations. The USWNT played two of its three games in California, the first against Brazil in San Diego and the second against its World Cup rivals, Japan, in Carson. There is even a healthy amount of international interest, with the president of one of the best clubs in the world, FC Barcelona, announcing the team’s interest in establishing a California-based women’s team. While there are many cities that have expressed interest and there may someday be more than one NWSL team in the state, the obvious location for the first Californian expansion team is Los Angeles.

L.A. is the ideal location in California to introduce a new NWSL team, with the presence of both the Los Angeles Galaxy and Los Angeles Football Club (LAFC), the new MLS team that will kick off in 2018. In great news for soccer fans, both the Galaxy and LAFC have expressed a serious interest in starting NWSL teams. The more likely of these two candidates is LAFC, a club that boasts Mia Hamm as a member of its ownership group and fields a team for the national Girls’ Development Academy. The Galaxy might be the smarter choice, though, with an already established fanbase and years of leading the MLS in financial success. However, regardless of which club ends up with a women’s team, seeing big names such as Christine Sinclair and Tobin Heath playing in Los Angeles in 2019 is looking more and more like an inevitability.