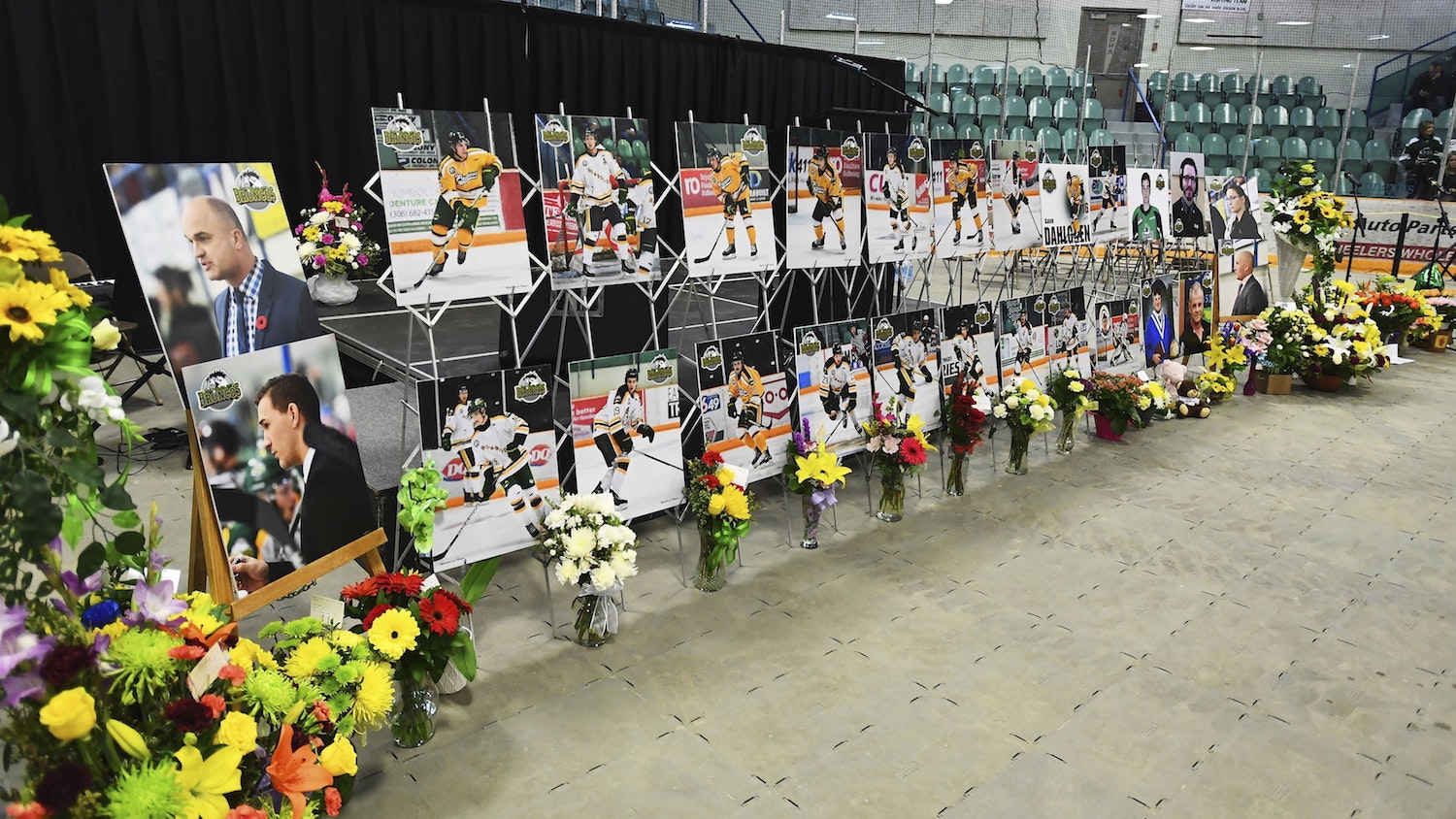 Playoff hockey has started, and with that usually comes the hatred and rivalries between teams in the National Hockey League (NHL). But on the night of April 6, just a few days before the first playoff game, an eighteen-wheeler collided with a bus carrying the Humboldt Broncos junior hockey team and staff, killing 15 people — 10 of the teenage players, two coaches, the team announcer, statistician and bus driver. The remaining 14 passengers were injured. There’s no good timing when it comes to a tragedy, but the devastation that struck Humboldt reached the entire hockey community. Just before the competition divides the league, it reminded hockey fans that their love of the game unites them all.

The Broncos competed in the Saskatchewan Junior Hockey League, one of 10 Junior A leagues in Canada. Playing in juniors is essentially a stepping stone to the NHL. Many young hockey players hoping to go professional leave school to play in juniors at ages of 17–21. Players who make teams far from their own homes stay with hosts, often becoming members of the family. One host mother lost all three of her host sons in the crash.

Canada is a powerhouse within the NHL, as just under 50 percent of players are Canadian. Many of them spent time playing in juniors, having the same experiences of long bus rides to games the Broncos did up until April 6. When the news broke, Canada, the NHL and the hockey community mourned.

Few people on this campus pay attention to the sports world — let alone hockey — but the story that has since grown out of this tragedy is a prime example of the larger themes that should appeal to anyone.

Following the crash, every NHL team paid tribute to the Broncos by either donating the proceeds to their 50/50 raffles or wearing “Broncos” on the back of their jerseys instead of the players’ names. The GoFundMe started for the victims has already reached 12.7 million Canadian dollars.

Canada’s Prime Minister Justin Trudeau attended the vigil service for the victims and visited the survivors in the hospital the weekend following the accident. He spent time with each of the survivors, including defenseman Ryan Straschnitzki who is now paralyzed from the chest down, but already plans to get back on the ice and take up sled hockey.

A photo of three Humboldt players who survived the crash in their hospital beds holding hands in mourning also went viral. Soon NHL teams were posting videos of their teams placing all of their sticks outside of their home arenas.

On April 10, one day before playoffs, #sticksoutforhumboldt started trending on social media, along with people posting pictures of hockey sticks resting against porches or sides of houses. The trend started with a tweet from Winnipeg Jets broadcaster Brian Munz of a screenshot from a friend who sent him a picture of his hockey stick standing against his home. Accompanying the picture was a text that perfectly encapsulated the emotions and attitudes of the hockey community. His friend wrote: “Leaving it out on the porch tonight. The boys might need it……..wherever they are.”