While newspaper circulation across the country dwindles, airwaves from KPCC 89.3 FM keep traveling from Pasadena. As the flagship station for Southern California Public Radio (SCPR), more than 600,000 people tune into KPCC each week. Every day, journalists, producers and administrators work diligently to offer reporting both on air and on their website LAist. Throughout its history, KPCC has been a career pathway for many Occidental alumni even as young journalists struggle to find jobs. KPCC Mental Health Reporter Robert Garrova ‘10 said interning at the station was a defining experience for him.

“It was really seminal for me because that was during the bottom of the recession, and it was a bad time to try to get any job in journalism,” Garrova said. “KPCC was one of the very few places as a recent college graduate I could find that even had internships.”

Garrova said he was supposed to intern for six months, but it turned into a year-long position. During this time, he said he worked on a former show hosted by John Rabe called Off-Ramp. Garrova said what he loved most about the internship was the fact that interns could pitch stories and get paid if the producers liked them.

“The amount of trust that show put in the interns to just go out, make stuff and just learn as you go really helped me,” Garrova said.

In the few years following his internship, Garrova said he held different production positions at KPCC. Shows he said he worked on included The Frame, which covers arts and culture, as well as Marketplace, about business and the economy. According to Garrova, these experiences led him to work at other stations, such as New Hampshire Public Radio (NHPR). Garrova said he worked for NHPR until returning to KPCC right before the pandemic began. Garrova said working at KPCC still feels surreal.

“I remember sitting in the parking lot below the theater at Occidental listening to KPCC and thinking how cool working there seemed and how I could even begin that,” Garrova said.

As an Occidental student, Garrova said he took classes with professor Bob Sipchen, which opened his eyes to the prospect of being a journalist.

“There was sort of a roving band of top LA journalists that would come in and talk to us,” Garrova said. “If there was one thing that definitely made me realize I wanted to do journalism at Occidental, it was Sipchen’s class.”

According to Garrova, the culture at KPCC mirrors that at Occidental, as both the station and the school are dedicated to public service.

SCPR Founding President Bill Davis ‘80 said Occidental has a diverse student body that KPCC aspires to have in their newsroom. According to Davis, some KPCC interns from the college included first-generation students and veterans.

“They were helping us be more reflective of the communities that our mission called us to serve,” Davis said. “The fact that Oxy is more diverse than most small, private liberal arts colleges made it, I think, a fruitful place for our internship program to connect with.”

According to Davis, it is important that young reporters have historically interned at KPCC, as Los Angeles is an influential place.

“It is one of the most important [places for] finances, media, technology, trading, you fill in the blank,” Davis said. “There is nothing that happens in the world that does not happen on some level in Los Angeles.”

Yet when he started at KPCC in 2001, Davis said there was a different notion among city journalists. For example, Davis said, a former journalism professor at the University of Southern California said in a 2001 LA times article, “When you come to me and tell me you’re putting your focus on local news, I’ll tell you you’re from out of town.”

“And that sort of patent absurdity of people who live in Los Angeles not being interested in news about the city felt wrong,” Davis said.

Davis said the importance of local journalism seemed obvious, and he and his team decided to act on it.

“For people to assume that there was no interest in local news, I do not know why that shibboleth caused people to think such,” Davis said. “But, the subsequent 20 or so years kind of showed that it was in fact wrong, because people were actually interested in local news that went beyond car crashes or high speed chases and on to important civic, cultural, economic issues.”

As KPCC grew in capital under the direction of Davis, interns, including Occidental students, joined the team, according to VP of Community Engagement and Strategic Initiatives Ashley Alvarado.

“KPCC and LAist really [value] the internship partnership with Occidental,” Alvarado said. “It is an opportunity for us to learn right along with interns who show up every summer ready to learn and work. The commitment to professional development is fantastic.”

Alvarado said she recognizes the significant impact that interns from the college have made at KPCC.

“There have been several incredible interns from Occidental, including some who helped get our engagement team off the ground by demonstrating what is possible when engagement is staffed,” Alvarado said.

Peri Wallent ‘20* said she joined KPCC as an intern but ended up getting her first job after graduating as a news and community engagement apprentice.

“Seeing up close the work that people were reporting was really great,” Wallent said. I got to do a lot more than I originally thought I would be able to.”

Wallent said she helped start the LAist TikTok account and answered audience questions. Wallent said the community she found amongst her coworkers at the station was reminiscent of her time at Occidental.

“I think that what I learned at Oxy and built on at KPCC is that everyone was really supportive and collaborative,” Wallent said. “People were really willing to help me out as someone who just graduated and started working in a newsroom for the first time.

After her internship at KPCC got cancelled due to the pandemic, Adriana Pera ‘21* said she eventually joined their engagement team. According to Pera, working at the station has been an amazing experience. 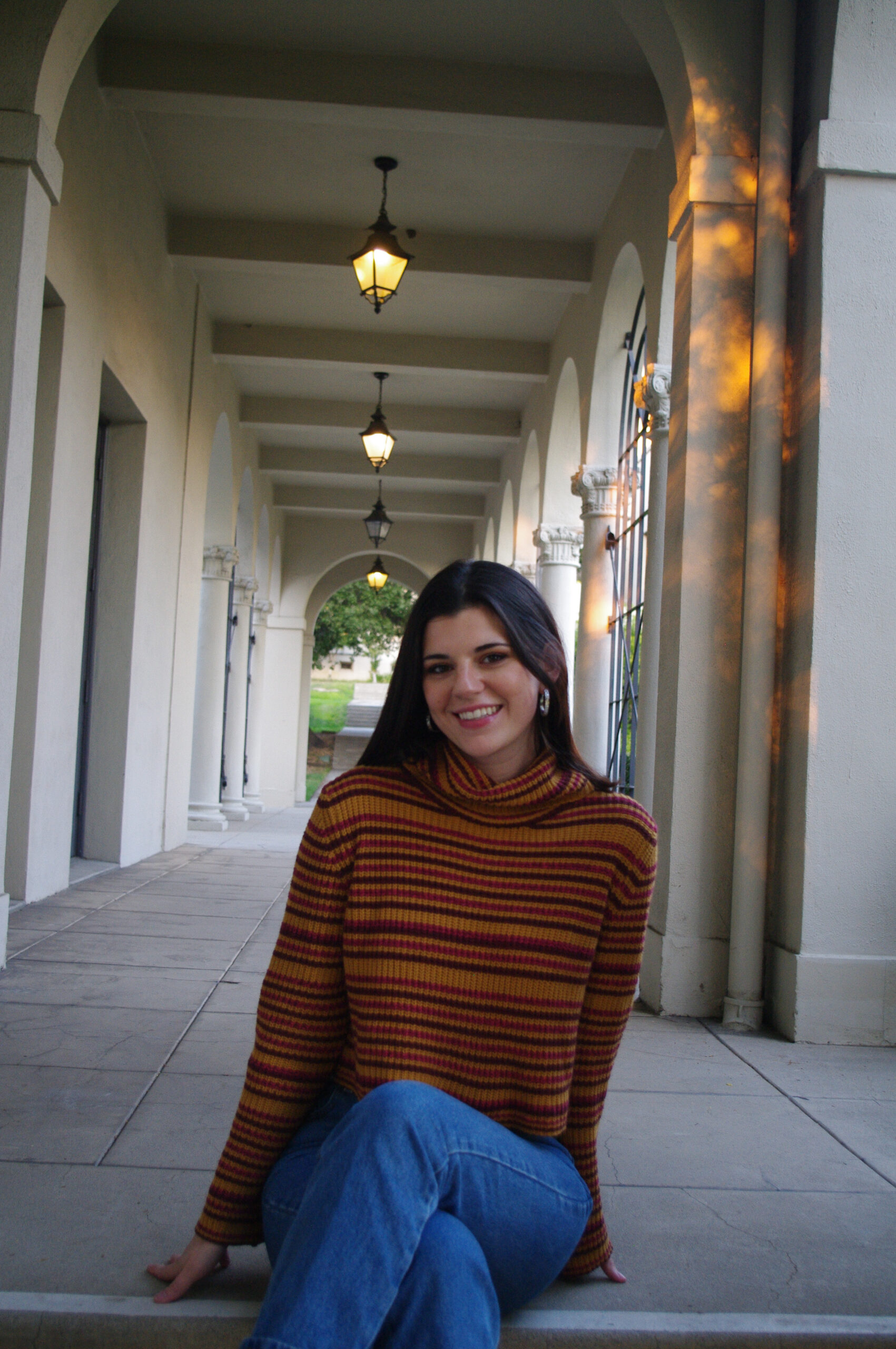 “Everyone is so kind. It has been really special because coming into it, I did not expect what the environment would be like, so I was really intimidated coming in,” Pera said. “But they were really interested in what I wanted to learn and how I wanted to grow in my career, so I really appreciate that about them.”

*Adriana Pera is a former podcast host for The Occidental.

*Peri Wallent is a former editor for The Occidental.