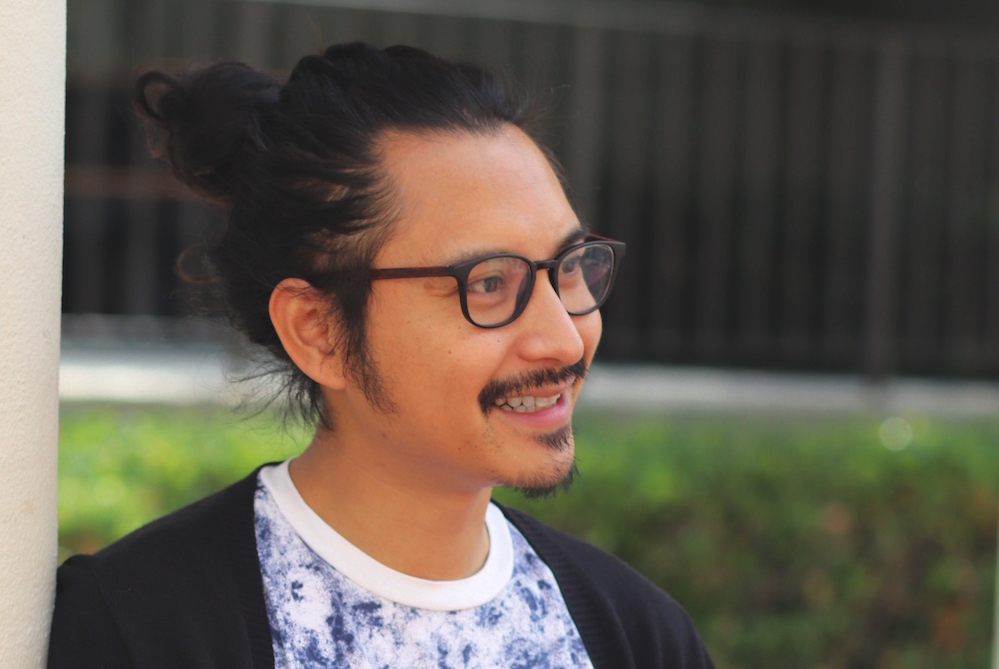 Professor Marcus Benigno of the Media Arts and Culture (MAC) department is challenging those who use social media to do more than merely document their existence. His course, “Topics in Media Theory and Practice: Digital Tools for Radical Change” is changing the way students think about social media by taking a critical look at the use of media communications in organizing social change. At Occidental, by means of the Mellon Grant, the MAC department asked Benigno to teach this specific class as a visiting professor of practice — a distinguished professional whose expertise is utilized to teach students an applicable skill set — for the fall semester. Benigno has a bachelor’s degree and had never previously considered academia, so he was encouraged by the idea of a professor of practice, believing it to be a valuable addition to college campuses.

“Digital Tools for Radical Change” is designed to promote social media as a potential industry for students in which they can use their online presence as a platform for social justice as well as a way to make a living, Benigno said.

“I thought, ‘I love connecting with communities because that’s part of the communications role at the American Civil Liberties Union (ACLU),’ to be the first sort of touchpoint for the general public to the organization,” Benigno said. “So, it just made sense that the classroom aligns with the work that I do at the ACLU.”

In addition to being a professor of practice at Occidental, Benigno is also the director of communications and media advocacy for the Southern California chapter of the ACLU where he designed the interface for Mobile Justice CA, an app used to film law enforcement that later sends the footage directly to the ACLU for review and safekeeping. Benigno said the effects of documenting these encounters is twofold: not only does the presence of a camera work as a tool of de-escalation, but the footage itself brings awareness of police brutality to the public’s eye.

“We’ve seen the importance of storytelling and narratives,” Benigno said. “With any sort of uprising or radical change, at the heart of it is a story, because that is what we can connect to.”

Although social media has become an intrinsic part of everyday life, Benigno said that our digital worlds still exist largely outside the realm of academia — we are entering an unexplored frontier of communication. This new era of digital media allows him to approach teaching in an unorthodox way that as Veronica Wang (sophomore) puts it incorporates the usage of social media in class and out of class, as a platform to learn, grow and educate.

“Part of our homework assignment is to tweet about the readings and tag the authors in order to engage them,” Sponaugle said. “This is not only an opportunity for us to learn about how to use Twitter, but is also a way [for us] to build relationships with real people. There have been multiple instances where the authors [of our readings] will like our tweets or even reply.”

Jack Tripp (first year) said using Twitter as a classroom tool allows him to discuss current events with his peers as well as with Benigno outside of class.

“[Using Twitter for class] allows us to talk about real issues in real time,” Tripp said. “So, if something happens in the news and we see it on Twitter, then we can share our responses and thoughts with each other when it happens and not just in class days later.”

Sponaugle described how after being in class, she no longer uses social media purely for entertainment. Benigno reinforced that notion.

“Instead of looking at social media simply as a way to showcase ourselves, we can use it to acknowledge our role as part of the collective — the self, though often overlooked, is the first place to start,” Benigno said. “How do we revolutionize the bigger picture? You revolutionize yourself. And I think it’s reframing the way we think. Like my good friend says, ‘People complain about traffic all the time. But the fact is, you are traffic.’”

This self-acknowledgement, Benigno explained, draws from the theories of Micah White, a co-founder of the Occupy Movement and user of one of Benigno’s favorite Twitter accounts. White has written extensively on the ways we organize for revolution and the persistence of these methods throughout time. Such ideas get to the crux of Benigno’s class.