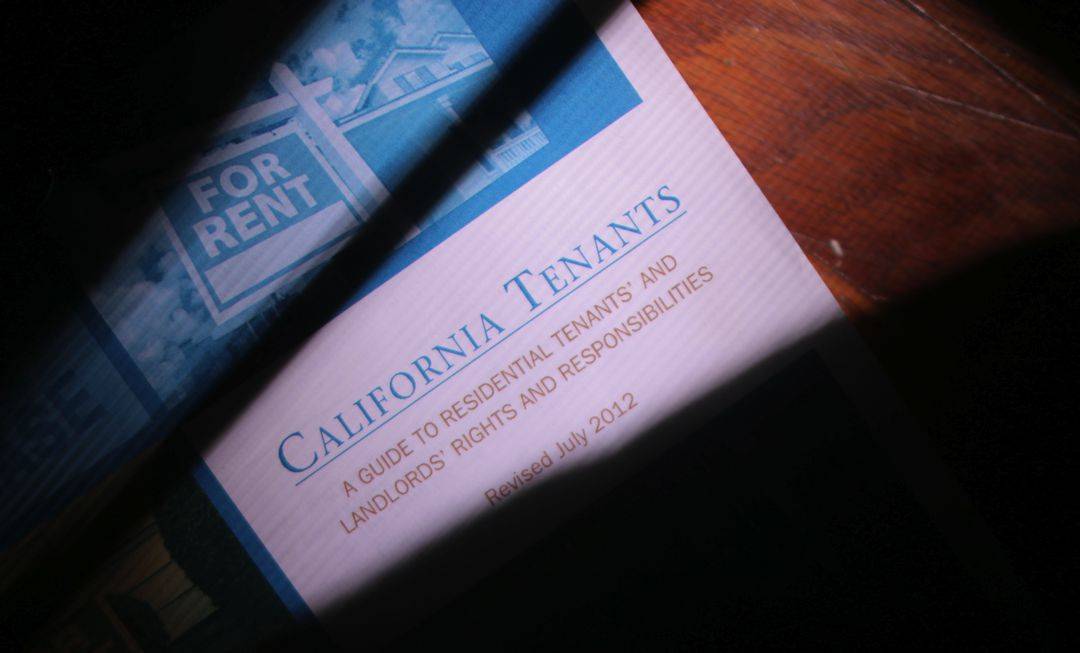 [/vc_column_text][thb_gap height=”45″][vc_row_inner equal_height=”yes”][vc_column_inner width=”2/3″][vc_column_text]Moving off campus means more than just a longer trip to class. Renting property means learning to compromise with Eagle Rock landlords, Occidental administrators and local residents. It also means diving into a complex rental market in which nearly 60 percent of renters can’t afford their rent. When students opt to live off campus, they join the largest tenant population in the nation— the city has a higher percentage of renters than any other metropolitan area in the U.S., with just over half the county in rental units. Rent prices in Los Angeles County jumped 8.3 percent from last year and the vacancy rate sits at just 2.7 percent. Eagle Rock upholds these trends, making renting for Occidental students a greater challenge than at other colleges and universities.

Since 90 percent of Occidental’s student body lives on campus, the transition to off campus housing involves a steep learning curve. The legal actions of permanent residents can impact students who choose to rent. For many local families, the lifestyles of students, such as hosting and attending weekend parties, can be disruptive, and many are not afraid to take direct action in response. Problems between these two groups accumulate in the long term because the length of students renting in the neighborhood is usually just one year. With such a high turnover rate, the long term residents face an ever-changing group of students who live off campus and one or two negative experiences can lead to an overall negative view of student renters.

Some of the families at the town hall were interacting with Occidental community members for the first time; others have been attending the meetings for over a decade. Interim Assistant Dean for Residential Education, Housing Services and Student Conduct, Chad Meyers, said in an email that 25 community members attended, in addition to LAPD officers and the deputy city attorney. Even though the meeting is technically open to all students and those living off campus for the year are invited by email to join the meeting, there are rarely more than a few students — this year, there was just one.

Noise disturbances were the most frequent concern of residents and Deputy City Attorney Tamar Galatzan made sure to guide the meeting’s discussion toward actual legal methods available to settle long-term neighborhood disputes. Within the first few minutes of the meeting, local resident Nick Durband passed around a detailed map he had created that showed the path of a loud group of students who had been walking around the neighborhood one evening at the beginning of the year. He questioned the legality of the group’s noisy behavior, pointing out that the legal ambient noise level in residential areas is 50 decibels (it actually drops to 40 decibels after 10 p.m.), but he did not account for the definition of ambient noise itself.

The Los Angeles Noise Ordinance states that ambient noise is averaged in 15 minute intervals. A house party’s extended period of high-decibel sound would disrupt the ambient noise level, but Galatzan explained that boisterous walks down the street would not.

Within the first month of school, Jocelyn Lo (senior) and five of her friends called Campus Safety to their house during a social gathering on Ridgeview Avenue — not for noise complaints or public intoxication, but harassment. Their impromptu get-together involved around 50 people, no music and one unexpected guest.

A nearby resident followed a group of students, flashing a strobe light on what Lo speculated was a smartphone while the resident recorded video. The students called Campus Safety because they felt uncomfortable being filmed. The resident then entered the party and began to document the scene, ultimately calling LAPD and shutting the whole event down.

“I sympathize with his situation, but I wish he was more communicative or willing to talk, and didn’t have such a hostile way of approaching the situation. I understand if you’ve been dealing with it for so long,” Lo said, referencing the student population in Eagle Rock. “But he doesn’t seem to understand that every year it changes.”

After the event was terminated, Lo and her fellow tenants planned to meet with the resident a few days later. However, once their landlords learned about the incident, they postponed the meeting until they could also be present, along with representatives from Occidental’s Residential Life, Campus Safety and LAPD. Lo and her friends have been responsible for orchestrating the meeting, which has yet to occur.

There’s some degree of legal support for the resident recording video. During the neighborhood meeting, Galatzan outlined various methods for taking legitimate action against what the residents consider “party houses.” Two of these methods require knowledge of specific lease agreements, which are only accessible to city attorneys or the LA Department of Building & Safety. This challenge bolsters the appeal for Galatzan’s third method: criminally prosecuting the landlord for facilitating a community nuisance. Since it is determined on a case by case basis, there is no strict number of incidences required to qualify a residence as a community nuisance; Galatzan said most situations reach up to a few hundred recorded disturbances, while others have passed with only eighteen.

Regardless, evidence is paramount. LAPD officers present at the neighborhood meeting explained that all police calls are logged, even non-emergency ones, so each complaint generates an incident number that can be tracked and referenced in court. However, house parties are a very low dispatch priority on the weekend, and only seven incidents from two separate residences near Occidental were collected over the entire 2014–2015 school year. With few options left to maintain their idea of peace in the neighborhood, many residents have decided to record and document weekend parties even more vigorously.

Pandora Spirakis* (senior) has encountered similar challenges in her brief time living off campus. Like Lo, she knew the Occidental students who lived in her current apartment before her, and has observed that many graduating seniors offer their apartment to rising seniors before leaving. For Spirakis’ building, this allows students to evade the formal interview portion of the application process.

Additionally, Spirakis and other Occidental tenants in her building have noticed that their shared landlord will message them and ask about rent payments before checking her mailbox, a habit Spirakis suggested may be the result of dealing with unreliable student tenants over a long period.

“I think it [the messaging] is because there’s such an overturn; everyone’s only there for a year because only seniors can really live off campus,” Spirakis said.

Spirakis’ lease agreement also includes a clause on late fees, another aspect Spirakis suspects may be due to past experiences with student tenants. Late fees are commonly included in rental contracts, yet they actually have little legal clout.

What unites these experiences are the disparities in knowledge of the law itself — many seniors learn about tenants’ rights as they go, often at their own expense. Members of the Eagle Rock community also face the challenges of consistent tenant turnover and the conflict it can create between students and others living in Eagle Rock and Highland Park. While students have a responsibility to understand and respect the frustrations of neighbors, they also deserve to know their rights. Staying informed of the law and of experiences of both sides will not only ease the troubles for Occidental students and neighborhood residents, but it can set a solid foundation for understanding that the issues in the neighborhood are indicative of the affordable housing crisis across LA.

.[/vc_column_text][/vc_column_inner][vc_column_inner width=”1/3″][/vc_column_inner][/vc_row_inner][vc_row_inner][vc_column_inner width=”2/3″][vc_column_text]The current state of housing in Los Angeles is further proof of the need to have a solid grasp on tenants’ rights and housing law. Median rent has soared 25 percent after adjusting for inflation in the past decade, just one of many examples how renting in Southern California has never been more unaffordable. Occidental’s dorms aren’t exempt from these trends, either, where students are paying $3,272 more than the national average of room and board at private four-year colleges. Even those who opt to move away from LA after graduation still belong to a generation that rents more than ever before in recorded American history. With money on the line for many students, tenants ought to be aware of their legal protections in order to avoid overpaying rent. Tenants have powerful rights in nearly every corner of this country — but they can’t assert their rights unless they know them.

*Spirakis is a Weekly staff member.

Layla Hamedi contributed to the reporting of this article.