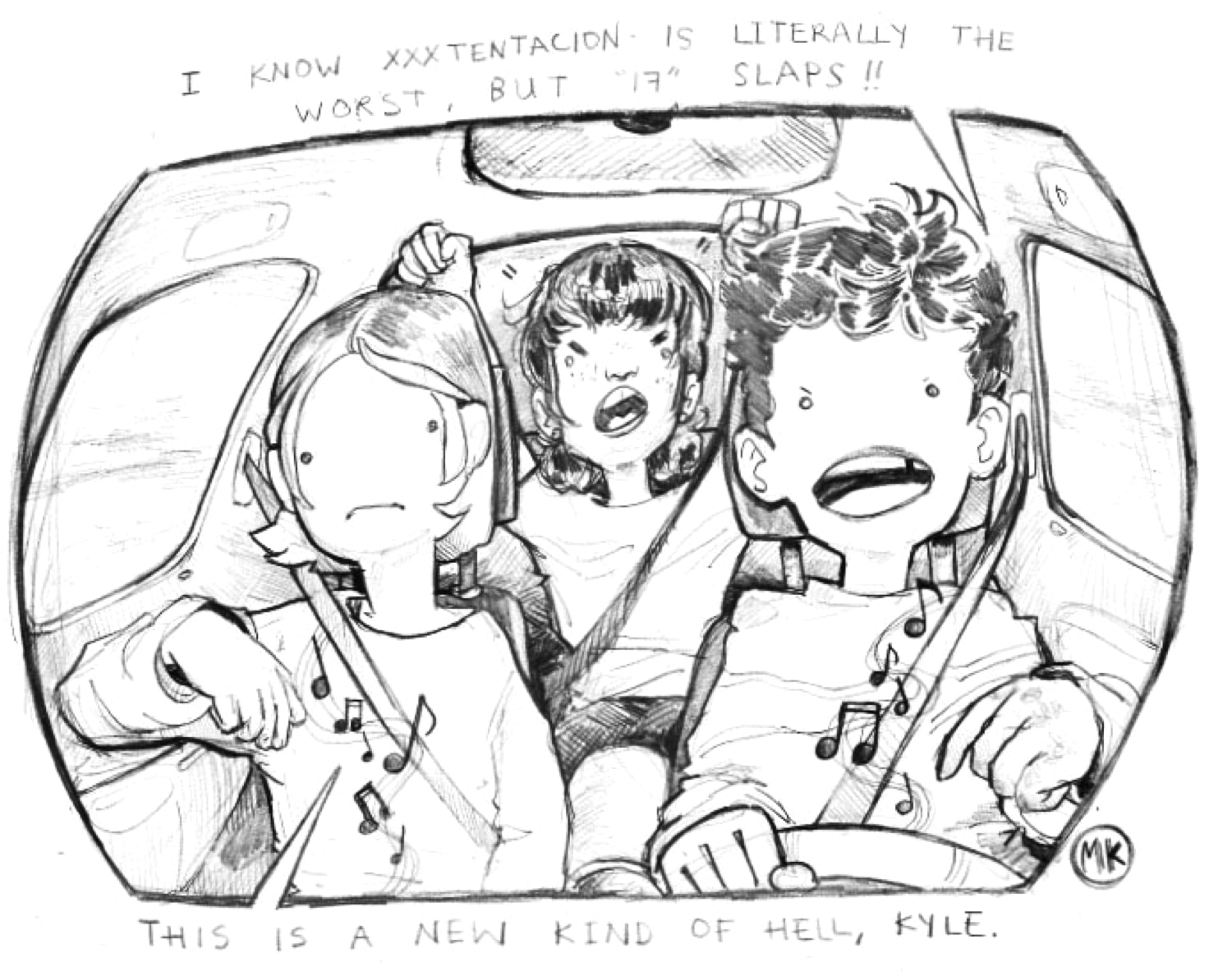 I went to see “Manchester by the Sea” in theaters. I paid for it, it made me cry and the story stuck with me for a long time. What also stuck with me was the fact that I had paid to go see a movie starring Casey Affleck, who has been accused by two women of sexual harassment. I wish I could say I didn’t know the details of those cases before choosing to pay to watch Affleck perform for over two hours, but I did. Why did I feel like that was an acceptable choice to make? Why did I look down on others making the same choice?

To hold others accountable for their support of severely problematic public figures while failing to hold ourselves to the same standard creates a dangerous pattern of selective activism. Holding ourselves accountable is just as, if not more, important.


As a society, we have normalized the support of violent artists who produce entertainment that we deem artistic. For some reason, we excuse these people because of their talent. We feel more comfortable criticizing the choices of our friends and family, but when it comes to our own accountability we make excuses.

Due to my own lack of interest in boxing (unlike my love of going to the movies), I was disgusted by anyone I knew who chose to watch the recent Floyd Mayweather vs. Conor McGregor fight. It was much easier for me to call others out on their choices than to consider that perhaps I also contributed to the problem.

Last semester, Weekly opinions editor Gregory Feiner (senior) wrote a piece on this topic called “Let’s have a toast for the scumbags … who make good art,” which presented the argument that by neglecting to support art we might value, “We limit our human experience by obliging ourselves to keep art and artist together.”

Specifically, Feiner cited the works of directors like Roman Polanski and Woody Allen. He argued that his support of “Chinatown” or “Blue Jasmine” doesn’t need to be linked to the actions of the ‘artist.’

“I’m not sure I even think that Roman Polanski and Woody Allen should still be walking around making art,” he wrote.

But if we are to criticize the society that allows them to do this, should we not criticize ourselves as well for continuing to consume what they create and perform for us?

People complain that people complain too much at this school. A couple of nights ago, as I had practice on the tennis courts, “Waves” by Kanye West featuring Chris Brown blasted over the loudspeakers of the soccer field, both before and during the men’s soccer game. Chris Brown is a man who punched a woman he claimed to love repeatedly in the face. And yet, even here at Occidental, his singing voice — admittedly beautiful — plays out without general criticism over the soccer field loudspeaker, at a party or in someone’s dorm room. I can’t think of many other things so bizarrely normalized on a day-to-day basis.

I know that I don’t support Affleck as a person or his treatment of women, which is probably how I was able to justify my choice in that moment (I really wanted to see the movie). To someone else, that choice could be seen as an act of dismissiveness toward sexual abuse. Similarly, when I see a male friend on his way to cheer on Mayweather, I question not only his basic understanding of systematic violence against women and his participation in it, but the foundation of my friendship with that person.

One day I would like to live in a society where the idea that any one of these artists would continue to have a platform and be successful is a laughable concept. To rely only on what others demand of us is dangerous, and it perpetuates a society that we’re constantly criticizing for not punishing certain individuals enough, simply because of their celebrity status or net worth. Don’t give yourself the pass that we have learned to expect from others.

Samantha Farrell is a senior Media Arts and Culture major. She can be reached at sfarrell@oxy.edu.