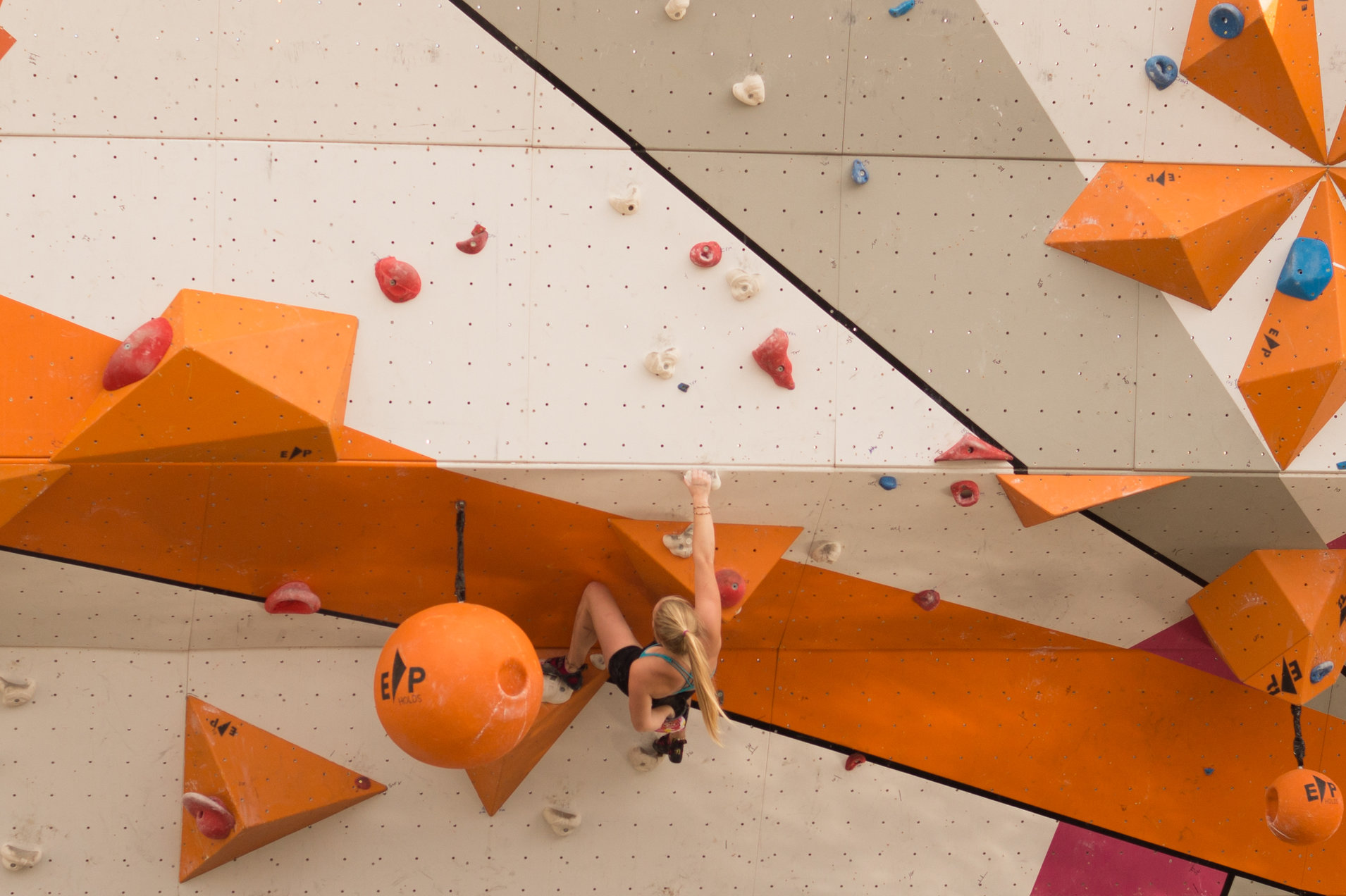 A lesser-known group of student athletes walks among the sea of varsity backpacks that engulf Occidental’s campus. Occidental’s own student-run climbing club has sponsored outdoor weekend excursions as well as indoor trips to the Stronghold Gym in downtown Los Angeles. According to current club members — around 30 total — the climbing community at Occidental is slowly growing; one of their hopes is to bring more awareness to the sport and to create a more active group.

What is rock climbing?


Someone who uses a slight system of gear to ascend near-vertical rock faces.

I joined a mountaineering group in high school because I wanted to find people to climb with. There was a particular climb with rocks, a class-five ascent that we had to climb up. I wanted to do more difficult mountain climbs, and I realized I needed to get more into climbing than hiking.

Are you ever scared when you climb?

How do you get past those fears?

Usually, when I get scared I’m on long, multi-pitch routes where it doesn’t logistically make sense to descend. The easiest way to get off is to keep climbing.

How would you describe the climbing community at Occidental?

Small. I really wanted to strengthen the community so that we could climb together. Climbing is often a social pursuit. That sense of climber community is sort of developing. But because there aren’t as many climbers, we have a ways to go.

What are your hopes for the climbing community/club at Occidental?

I want the club to get to the point where we can be doing more outdoor excursions. I’d like it to be accessible to people that don’t know climbing at all but I’d also like to facilitate climbers at upper levels.

Is there anything else you want to add?

Climbing in a gym setting is often a very masculine space. [Men] can be very condescending because I can climb things that they can’t. They try to give me advice that I don’t need. The only way I can overcome that is by becoming better.

Outside: Malibu Creek
Inside: Stronghold Gym (Only 15 mins away, a great gym, friendly staff and an Occidental discount!)

How did you start rock climbing?
A few weeks into my freshman year, I was the only person to respond to a message on the root advertising free climbing.
I had always loved outdoorsy, adventurous activities so I was instantly obsessed.

What’s your favorite type of climbing?
Bouldering. I fall a lot so it’s nice to fall short distances onto a comfy pad.

Are you ever scared when you climb?

I think a little fear makes climbing more fun. It is important to be able recognize the difference between experiencing fear and actually being unsafe. Climbing is a very safe sport if you take the time to learn safety precautions and have good partners.

How would you describe your ability?
On a scale of red to blue, I’m definitely a purple.

Describe the climbing community at Occidental. Are you involved in the club?

A few years ago, the climbing community seemed really small and it’s awesome to see it has grown so much this past year. I would say that I am involved in the club but don’t really know how to quantify my level of involvement; sometimes a lot, sometimes not at all. The club has been really informal lately, apart from our weekly trip to climb with middle schoolers from Academia Avance.

What are your hopes for the climbing community/club at Occidental?
Having a recognized club has been a struggle in the past. So with so much new interest from the Occidental community, I’m really optimistic for the club’s future. I think we have taken a cool first step this year getting involved with some community outreach and securing discounted membership rates at the Stronghold, but I hope that future years will have the funding to buy more gear and sponsor a collection of outdoor trips.

When I was in high school, I didn’t feel like I had a very solid foundation of what I was doing or where I was going. One of my friends at the time had been climbing for awhile and one day I asked if I could go with him. I got hooked on it and I gained a sense that I was doing something good for my health, mind and body.

What is your favorite type of climbing?

I think outdoor sport climbing is the coolest. It’s badass, high up on a face doing hard things. There’s an aspect of danger, so it’s a thrilling experience.

How would you describe your ability?

I think the levels of ability grow so exponentially that everything is relative. For many people, what I’m doing seems impossible; for others, they see [my ability] as easier. I think I’m at a point right now, because of injuries, of either advancing my climbing or staying where I’m at depending on how I recover.

What do you want people to know about climbing?

That it’s a sport. Most people have experiences of climbing through birthdays at gyms; they only see it as a big wall. There a lot of different ways you can go about climbing that develop different muscles in the body. Climbing is a sport. People get hurt, you have to train. It’s very physically demanding.

My best friend in high school was big into climbing, mountaineering and hiking so I did a lot with her. We became close and I joined the youth mountaineering group she was also a member of. From there, [I] did a lot more climbing and other outdoor stuff and really fell in love with it.

What’s your favorite type of climbing?

I have what I call a healthy survival instinct, so heights make me really uncomfortable. I prefer top-rope climbing, where someone is belaying me and can catch me if I fall.

How do you get past those fears?

Best way to cope with fears is to: 1) Not look down, 2) really trust who is belaying you/that they will catch you, 3) trust your own strength/ability as well as the equipment and technology.

What are your hopes for the climbing community/club at Occidental?

I am really excited about getting more femmes involved. It is important to realize that just because climbing and outdoorsy activities, in general, are a lot of young, “liberal” people doesn’t mean that they don’t have their fair share of sexism. I’ve had guys who claim to be the epitome of liberal/open-minded and I still get treated like my opinion isn’t as important as [theirs]. I definitely experience sexism — overt and subtle — more frequently among these supposedly cool/young/leftist groups than I do in my normal life.