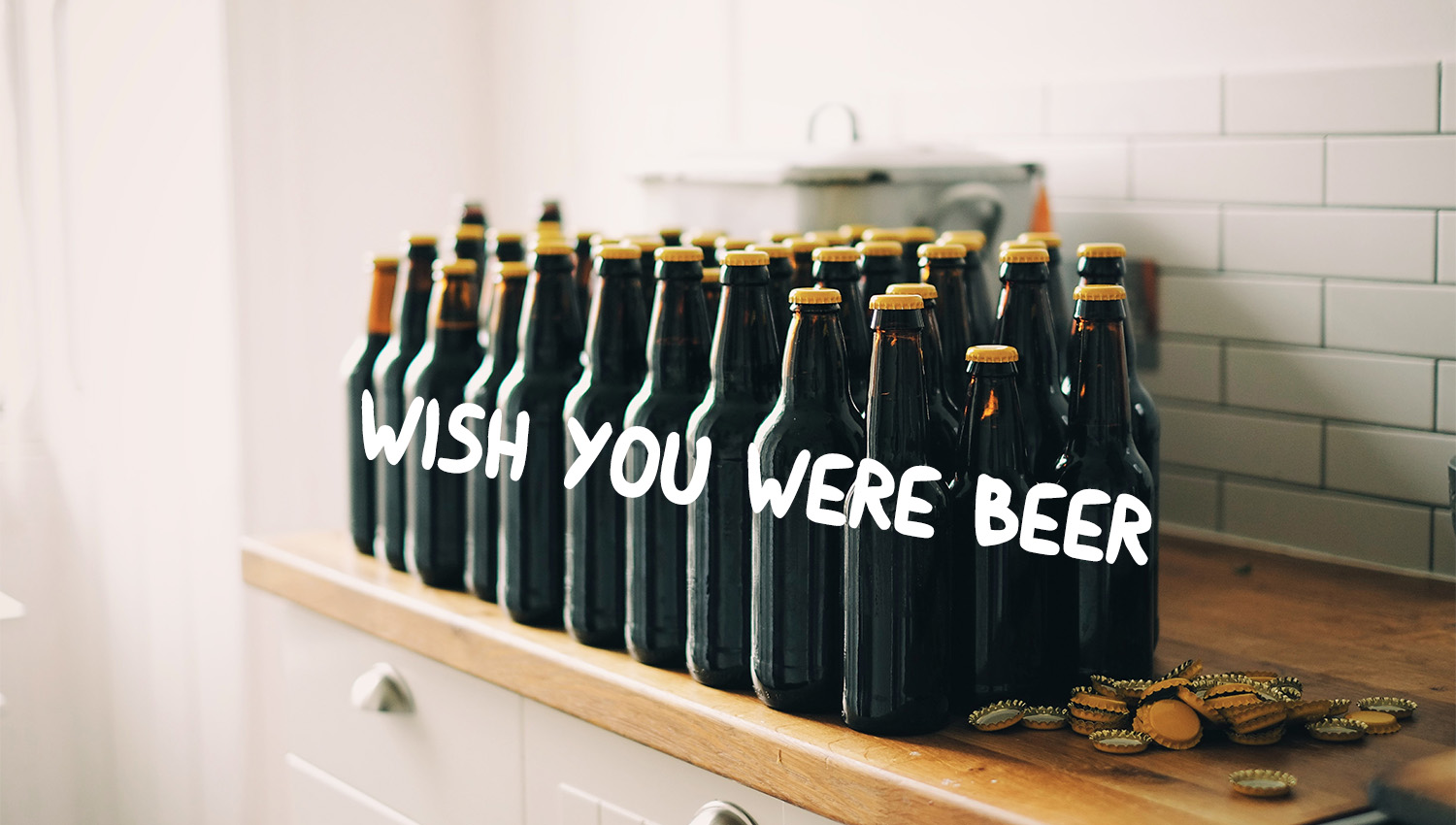 The stereotype is absolutely true: college kids love beer. Though the cheapest brews often fills our carts, speciality beer sales are increasing all over the country. With such proximity to the ever-evolving York, Eagle Rock and Colorado Boulevards, the Occidental community has a concentrated glimpse into the growing world of craft breweries, local breweries and smaller spots that sell stellar beers. The craft beer world can often come off as white-dominated, male-dominated, pretentious and snobby. And though there is no shortage of whiteness, exclusivity and status in the world of craft beer, there are small breweries everywhere fueled by family, passion, love of beer and dedication to supporting local businesses. The Weekly ventured to various craft breweries in and around Los Angeles to hear brewers’ stories, learn about craft brewing, eat salty bar snacks and taste some local craft beers (entirely for research purposes, of course). We inevitably visited spots selling french fries for $14 and hosting neon signs of Bukowski quotes (it is LA, after all). Still, our findings may be shocking: there are a number of brewers out there breaking the “beer snob” mold. Below is a collection of small, bustling breweries that make for great friend dates, date-dates or places to bring parents during graduation week.

Eagle Rock Brewery began with three homebrewed beers: Revolution, Manifesto and Solidarity. Solidarity, a black mild beer that is dark in color but light in alcohol and body is co-founder Jeremy Raub’s consistent favorite and the beer he is most proud of.

Founded in 2009 by Jeremy Raub, his father, Steve Raub and his wife, Ting Su, Eagle Rock Brewery became the first microbrewery based out of Los Angeles in more than 60 years, according to the brewery’s website. The microbrewery and taproom, located on Roswell Street, is attached to the public taproom Eagle Rock Brewery Public House, located on Colorado Blvd just blocks from Occidental’s campus. The Public House functions as both a restaurant and tap house, serving breakfast and lunch 11 a.m. to 4 p.m. daily, in addition to serving beers from Eagle Rock Brewery.

Modest exposed brick on the outside disguises the bustling business of the brewery on the inside, filled with machines brewing, packaging and fermenting specialty beer. The brew crew members wear headphones as they work to block the noise of the active machines.

Raub homebrewed with his dad for years before the pair decided to start Eagle Rock Brewery. Since then, Raub said LA beer culture has changed tremendously.

You may associate the word “ohana” with the “ohana means family” quote from Lilo and Stitch. However, but one sip of the Cucumber Saison, when you think ohana, you will think only of the Alhambra-based brewing company.

Founder and owner Andrew Luthi, began homebrewing with his dad at a young age. After saving up and working other jobs, Luthi finally opened his storefront April 7, 2013. Due to strict rules from Los Angeles County and City of Alhambra, Ohana is unable to sell full pints of beer, but offers generous “tasters,” growlers and various keg sizes. Luthi spoke to common misconceptions of beer, like it all tasting the same, or being from giant companies. He also highlighted the importance of supporting local industries and businesses, comparing the beer giants to McDonald’s. Luthi’s inspiration to make different beers comes from showing patrons that all beer does not taste the same. When asked about potential competition in the beer world, Luthi discouraged the idea of fighting with other breweries.

“The more local, the better it is,” Luthi said.

Arcadia’s first microbrewery, Mt. Lowe Brewing Co., opened its doors just months ago, Dec. 3, 2016. In an industrial warehouse that was once a car shop, Mt. Lowe boasts high ceilings, cement floors and large round tables perfect for big parties. A huge location, Mt. Lowe hosts a multiple barrel brew house, a large wooden bar with crafty stools and beer taps made from iron spikes, a play area for kids and multiple booths all under one roof. Mt. Lowe makes all their beers in their space. After homebrewing for 10 years, the owners wanted to create a “Cheers“-like atmosphere and converted their industrial building into a brewery. Mt. Lowe also offers rotating food trucks, but a strict Taco Tuesday policy remains. Flights of beer come on slices of logs; with the wooden bar and hanging lights, one feels the homey cabin vibe warming the cement space.

Nestled in an industrial garage complex in Monrovia, Pacific Plate Brewing aims to make craft beer more accessible to its community. With favorites like the Horchata Stout and Oaxaca Coffee Stout, Pacific Plate works to incorporate aspects of Hispanic culture into their beers. Founded in 2013 by three friends — after years of homebrewing and gathering investors — Pacific Plate Brewing newly hosts a three-barrel system which impressibly pumps out an array of eclectic beers. Defined as a “nanobrewery,”— a brewery even smaller than a microbrewery — by co-founder and owner, Stephen Kooshian, Pacific Plate is a family business. It was started by friends, supported economically by relatives and now makes beer and a bar environment that cultivates a family environment among visitors. With a few picnic benches, an outdoor portable barbecue where Big Slim — who used to frequent the Eagle Rock farmer’s market — makes the best bratwursts ever, the brewery is casual and communal. Kooshian talked us through alcohol licensing laws, home brewing tips and even let us peek in behind the bar at the brewhouse. As a Monrovia native, Kooshian talked about Pacific Plate’s dedication to incorporate the community into its beer selection.

“It’s about relating to your people. Relating to the people that are walking in your door,” Kooshian said. “The culture of who we are is everybody and anybody.”

The brewery just opened a tap room in Glendale, in a 1930s brick building. Acknowledging the brewery’s dedication to celebrating the multicultural communities they live in, Kooshian said they brewery has been experimenting with beers inspired by Armenian pastries. The 80,000 Armenians currently residing in Glendale comprise 40 percent of the city’s population, making Glendale the second-highest Armenian populated city in the world after Yerevan, Armenia’s capital.

Located in LA’s downtown Arts district, Angel City Brewery bustles with visitors of all ages during golden hour on a Saturday afternoon. Under the towering exposed brick of the public house, families line up for tacos, young bearded men in caps sample dark beers from their wooden flights and an electric guitar pumps in the background. The brewery is spacious with open sides and a lofted area in the middle. The taproom — opened in 2011 — boasts a wide selection of beers made on site. Most pints sell for $7, and a flight (a five-beer sampler) costs $11. A nice aesthetic touch: the taps at the bar are stylishly carved colorful angels with tucked -in wings. According to bartender John Hayden, the space, the selection and the friendly bartenders set Angel City apart from the rest of the breweries in LA.

Tangential to galleries, expensive paper shops and streets so clean they look like Disney’s Epcot version of an art district, Arts District Brewing is a multi-floor bar and brewery hosting an impressively long list of beers. The place is busy and bustling and has surprisingly no art on any of the walls, (aside from a neon sign of Bukowski’s “Stay with the beer”). The amazing porters and stouts make up for the lack of homey or community bar feeling. It’s a big space, catering more to people who know what kind of beers they like before entering. Patrons fight for the bartender’s attention, get their beer and go sit somewhere with the people they came with. This is not the type of bar where you will meet the love of your life, nor where you’ll play bar games or flirt with the bartender. It’s fast paced, metallic and full of small tables. Everyone there is seemingly on a conveyer belt to get good beer, and then get away to a stool to read “On The Road” or talk about all the “potential collabs” they could (but will never actually) do with their friends. With a sunny outdoor seating area, and over 15 on beers on tap, it’s a cool place to get a good brew with a friend.