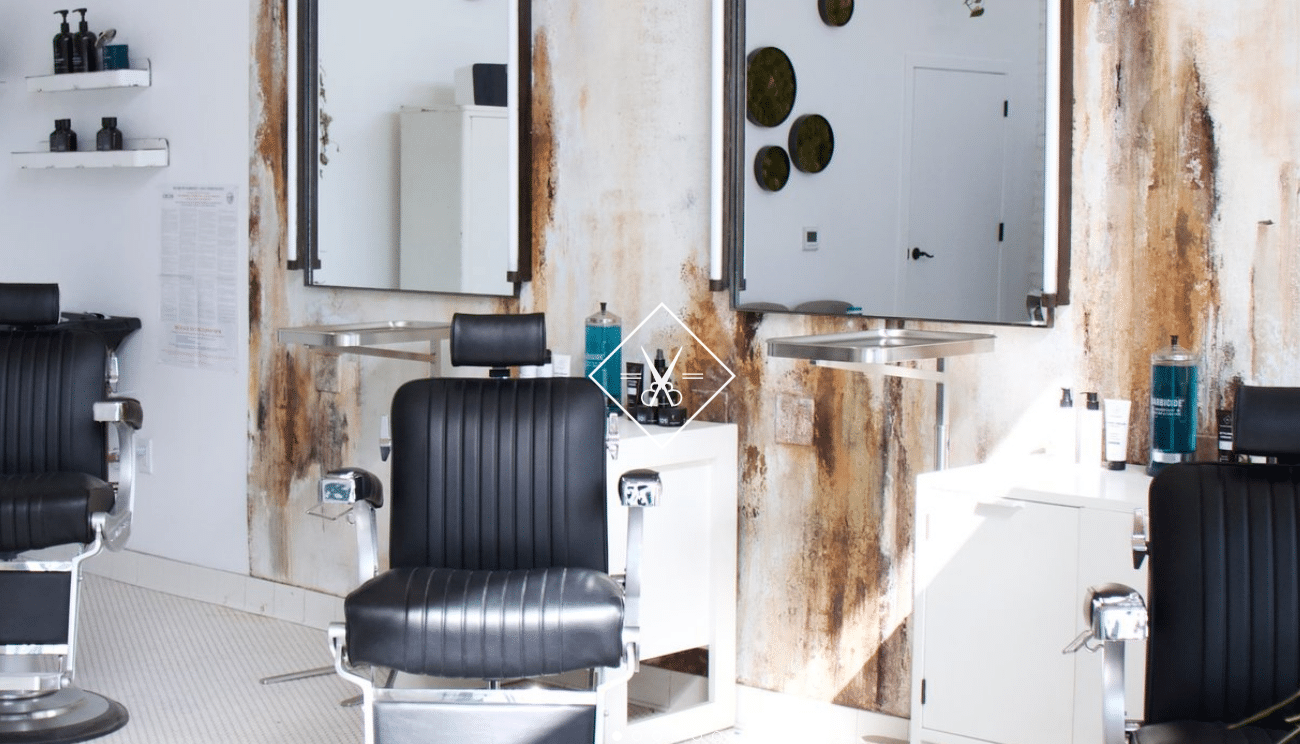 From out front on Figueroa Street — between Avenue 57 and Avenue 58 — the place is an upscale modern barbershop in a timeworn building. It’s bright inside with white walls, high ceilings, spotless tile floors and sun pouring in from the wall of windows that makes up the storefront. In that big, bright space are three barber’s chairs, a reception desk and a bench for waiting. People wander in from off the street for $45 haircuts.

But that’s only the front half.

In the back wall next to the waiting bench, there’s an unassuming white door. After 6 p.m., that door opens to the public. It leads down a dark, low-ceilinged hallway, past a glowing tank of tropical fish and into a midcentury-modern style lounge. There’s a full bar, leather booths and a DJ spinning vinyl records in the back. It’s a stark contrast to the bright, high-ceilinged barbershop storefront.

Speakeasies and secret bars have exploded in popularity in the last few years, particularly in Los Angeles. Blind Barber differentiates itself by running both the bar and the barbershop.

“A lot of these speakeasies, the front is faux, it’s a fake, it’s a movie set,” Josh Boyd, co-founder and owner, said. “Whereas I like to think that we have some of the best barber shops in the country.”

Boyd said that he and co-owners Jeff Laub and Adam Kirsch founded the company — which now has six locations nationwide — in 2010 in New York City’s East Village. The intention was to bring haircutting and drink-making together. While Boyd and Kirsch had previously worked in the bar-and-restaurant industry, Laub came from a salon background. Boyd said they give as much attention to the haircuts as they do to the cocktails.

According to Boyd, not only is the barbershop a functioning part of the business: it’s the face of the brand, while the backroom bar is the “secret sauce.”

“We have a ton of clients in the barbershop who come here and have no idea that something’s happening back there,” he said. “Then we talk about it, and we let them know and bring them back and show them. And they’re like, ‘oh s—, I’ll see you on Friday.’”

The bar serves beer, wine and cocktails — which customers can order with their haircuts, even during the day when the back room is closed — as well as a menu of gourmet grilled cheese sandwiches. The sandwiches and cocktails go for $12 on average, with $6-8 beer and wine glasses.

“We serve good drinks,” Boyd said. “We’re not pretentious in any way. You’re not going to feel uncomfortable ordering anything from us.”


The new location in Highland Park is the sixth Blind Barber location and the second in L.A. The second location after the original East Village shop opened in Culver City in 2012. There are now two more New York locations in Williamsburg and Chelsea, as well as one in Chicago.

Though it is the newest Blind Barber location, Highland Park is the first location that the Blind Barber management designed without any help from an outside designer. The inspiration, according to Boyd, was the character Jack Horner’s house in the film “Boogie Nights.” The owners handpicked all of the bar’s decor from online retailers and vintage stores. In fact, Boyd said that they found most of the furniture across the street at Sunbeam Vintage.

Even so, there are concerns among students that businesses like Blind Barber — even without malintent — contribute to gentrification.

“It’s good to try to be a good neighbor, but your business could also potentially displace those businesses that you’re also trying to support,” member of Occidental Students United Against Gentrification (OSUAG) Ellen Hee (junior) said. “It’s really important for students to be critical of where we’re putting our money.”

Boyd said that the owners were committed to taking an active role in the community.

“Part of our DNA is to try and be in the neighborhood,” Boyd said.

Though an unlikely combination, Boyd said that the barber shop and the bar are a natural pair.

“They’re very old ways of business — the oldest in the world was the barber and the barman,” Boyd said. “In the shop, you’re connecting with your barber, and that can be a 30-minute haircut of conversation about today or yesteryear or whenever, but there’s that back-and-forth. The same thing goes on in the bar … It’s all based on conversation and a social setting.”