Owners Alan Janoyan and Arthur Sohrabian, who founded Unincorporated in 2013, started the company out of a garage in La Crescenta and sold at farmers markets before opening their first shop in Altadena, according to Janoyan.

“Luckily we worked very closely with the previous owner,” Janoyan said. “It was with her help that we transitioned everything so quickly. We would not have been able to do it without her.”

Janoyan said he prioritizes continuing the tradition of close community that Swork established.

“We’ve done outreach where we take sample bags to homes. It’s like an invitation,” Janoyan said. “We send notes with a little two ounce bag of coffee to houses all around here. I’ve walked up and down the streets in this neighborhood delivering coffee.”

As soon as they launched their first shop, Janoyan said, he and Sohrabian made a commitment to interact with the surrounding community.

“We are not only driven by sharing delicious drinks,” Janoyan said.

In partnership with Outward Bound Adventures, a non-profit organization that aims to expand outdoor access for the underprivileged youth, Unincorporated Coffee donates a dollar to Outward Bound for every bag of their La Casa blend sold.

“We are trying to make an impact and connect with people,” Janoyan said.

“We teach our staff to learn customers names and greet them when they come into the shop,” Jackson said. “We want the community to see this space as a place where coffee is less automated. I hope the community recognizes our barista’s craft and skill in creating coffee, rather than automating tools to quicken the process.”

After moving to Pasadena from Davis, CA five years ago, Steve Wong said he and his wife Emma June were determined to find community in local businesses and people. After frequenting Unincorporated Coffee’s Altadena location for several years, Wong said they are excited for the new location.

“One thing we do look for is a vibe in a coffee shop,” Wong said. “I’ve heard the phrase before, ‘It’s not only a place for a drink, but an experience.'”

While Janoyan said he believes bigger coffee brands help people develop a taste for coffee, he said he wants his brand to offer people a chance to learn more about their drinks and even expand their preferences.

“That’s where our brand comes in and can ask, ‘What is your old drink?’ ‘We could offer you this,'” Janoyan said. “And before you know it they’re black coffee drinkers and never expected it.”

Janoyan said he enjoys having fun with the brand. Unincorporated Coffee’s mascot, Paco, is a carved wooden bird from Tijuana, hidden on all the brand’s packaging. Janoyan said he brought the bird to the very first farmers markets where he sold his coffee. The figure sits atop the highest shelf in the store and is decorated with handmade gifts from fans. Paco is fitted with a necklace, bandana and Unincorporated Coffee Roasters hat. 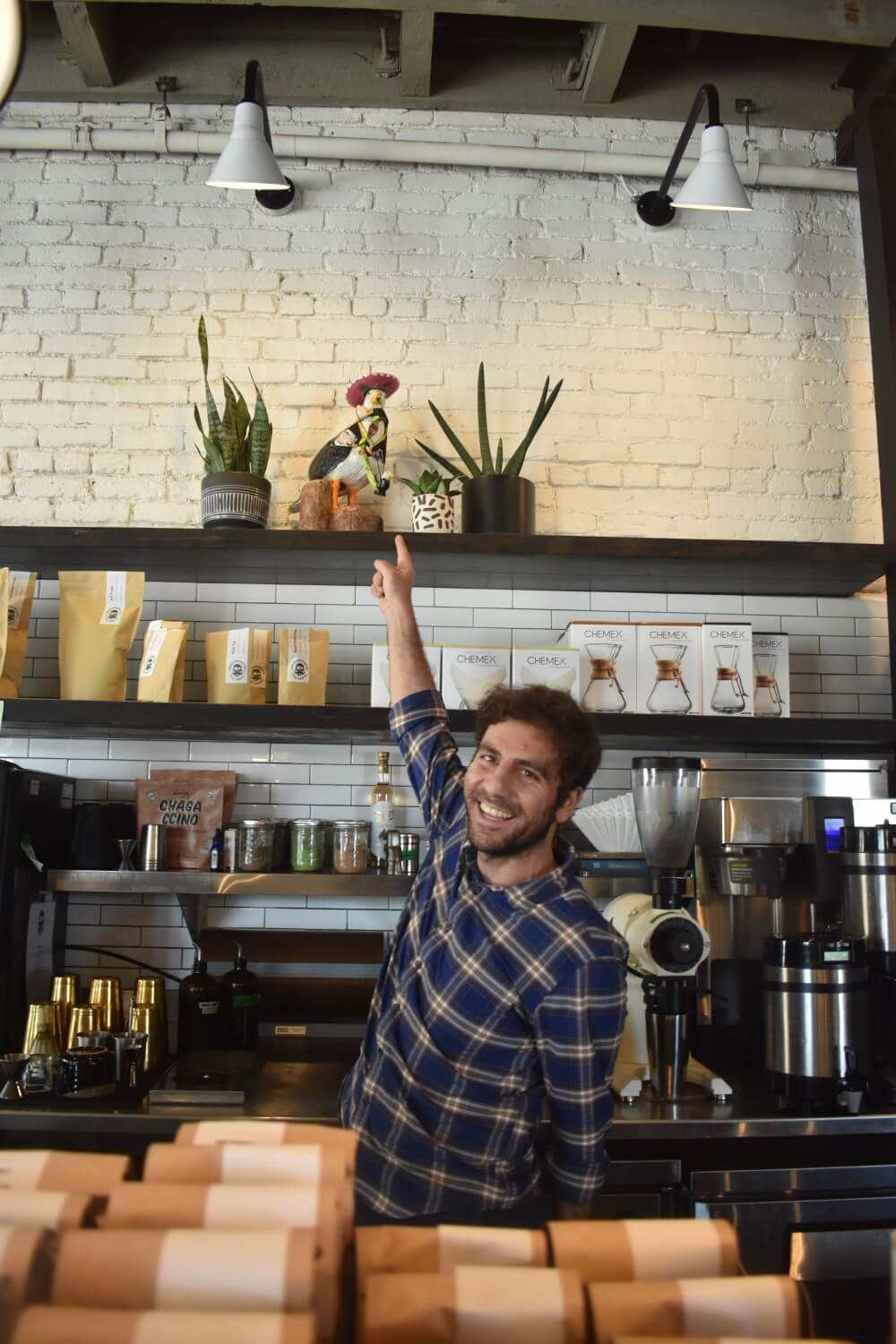 “Paco is a living and breathing saint,” Janoyan said. “He is definitely integral to the brand.”

With countless options for blends and single-origin coffees, the shop represents a diverse range of countries in their product, according to Janoyan; their coffee beans come from Peru, Columbia, Costa Rica, Guatemala, Brazil and Ethiopia. In an effort to uphold sustainability and ethical practice in the industry, Janoyan said, Unincorporated Coffee Roasters selects growers carefully. Many of the families who supply Unincorporated Coffee with beans have gotten to know Janoyan and Sohrabian on a first name basis.

Unincorporated Coffee Roasters is open everyday from 6 a.m. to 6 p.m.