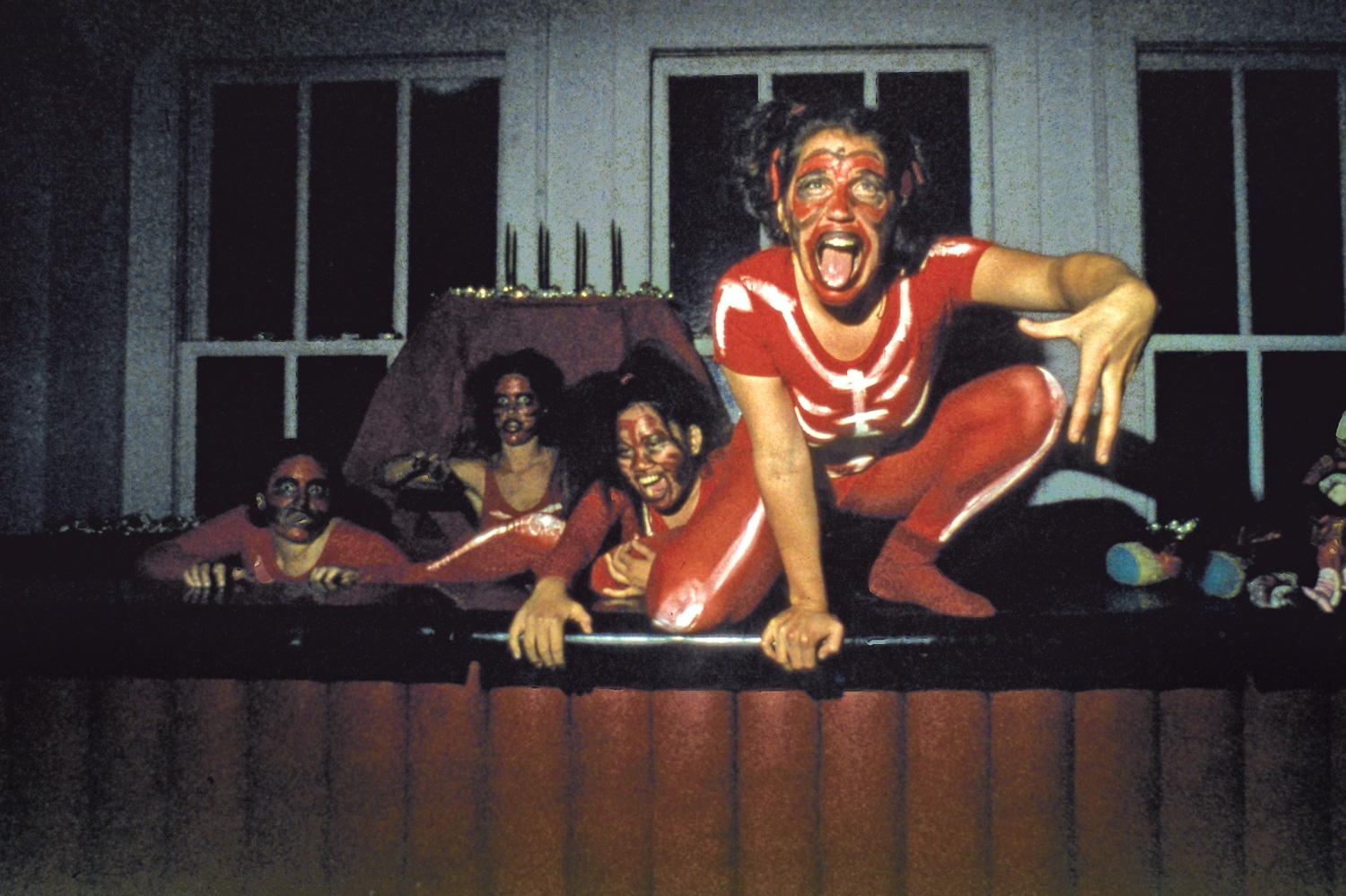 “Axis Mundo: Queer Networks in Chicano L.A.” — the current exhibit at the Museum of Contemporary Art’s Pacific Design Center and ONE Archives’ gallery in West Hollywood — focuses on the intersectionality of Los Angeles-based LGBTQ and Chicano/a artists from the 1960s to the 1990s. David Evans Frantz, curator at the ONE Archives, and C. Ondine Chavoya, professor of Latino/a Studies and Art History at Williams College, organized “Axis Mundo.”

The exhibit is a part of the Getty Trust’s Pacific Standard Time: LA/LA, an initiative to increase the visibility of and research into Latin American and Latino art. As part of the initiative, over 65 art galleries in Southern California will host exhibits centered around Latin American culture, art and media from September 2017 to January 2018.

“Axis Mundo” includes canvas paintings, mixed media works, fashion, mail art and photography that showcases activism, life and LGBTQ and Chicano/a culture of the late 1900s in LA. The art created during this period was impacted by Chicano Moratorium, feminism, gay liberation and the AIDS crisis.

“Our ambition is to reveal — on an unprecedented scale — the diversity and complexity of Latin American and Latino art by looking at key historical moments, movements and figures, as well as at the variety of contemporary practices that are so abundant today,” Jim Cuno, president of the J. Paul Getty Trust, said via press release.

Curators Frantz and Chavoya spent more than four years researching and organizing the exhibit by traveling to various archives and speaking to family, friends and former partners of the featured artists. Chavoya said that the actual gathering of stories, correspondence between artists, photographs and previously unseen art helped to connect different artists and their works in a new way.

“It’s a particularly vibrant time that resonates with our present in particular ways,” Chavoya said. “Certain aspects of this history have recently been documented and still so much of that history needs to be documented.”

The research that contributed to “Axis Mundo” in partnership with the ONE National Gay and Lesbian Archives at the USC library — the largest LGBTQ archive in the world — helped increase ONE’s archives, according to Frantz. He aims to generate further scholarly interest in LGBTQ and Chicano/a art.

“The other hope of [“Axis Mundo”] beyond the show itself, is that it inspires other researchers to come and do more work on these artists. Many of the individuals we spoke with during the research processes have since donated archives to ONE so that these artists now have a lasting legacy within the collections here,” Frantz said.

The exhibit stressed the importance of creating community through print materials for the LGBTQ community. Magazines, written correspondence and mail art displayed in the exhibit link artists with one another and create connections due to the nature of print dissemination, according to Frantz.

“Community was often founded through print distribution across geographic divides where you could connect with people like yourself if you didn’t have the ability to be in proximity. Many of the artists in the show are doing that in different ways. They are connecting with artists by creating zines, mock magazines, postcards and other things,” Frantz said.

“Axis Mundo” features a portion of California artist Jack Vargas’s poem “The New Bourgeois ‘I Want’ With Gay Male Suggestiveness” displayed on a wall of the museum. Part of the original 27-page document displayed begins each line with the phrase “I want” and invokes wordplay that builds upon previous lines to show the desires of the narrator.

Spanish Professor Salvador Fernández offered insights into the relationship between language, physical spaces and Chicano/a art. Fernández said that when different linguistic spaces come together, unique experiences are created that define the geographical area in its literature and art.

“Different geographical locations where these communities reside often are expressed in the art, either in literature or in murals, paintings or music,” Fernández said. “Other works from other regions with different experiences are defined by their own location.”

Frantz recalls the “Axis Mundo” exhibit opening as one of the first times the artists and their friends were able to see their works displayed in a museum setting. For example, artist Gerardo Velázquez’s bandmates saved his painting “The Neglected Martyr” after his death in 1992. Now it is displayed on its own section of a museum wall.

“It’s thrilling and lovely for us as the organizers and also many of the participants in the show to see the work in the context of a museum show,” Frantz said.

While visitors attend the exhibit with different knowledge of and experiences with LGBTQ and Chicano/a art, Chavoya said that through finding a work that draws a visitor in they can engage with and learn from the art.

“I always hope that visitors find some objects that delight and move them, that there is something in the world that gives them a moment to pause and consider the art and what we can learn about different types of courage that these artists had mobilized at different moments to create spaces for themselves in sometimes hostile spaces or spaces where they felt invisible or unwelcome,” Chavoya said.

The MOCA Pacific Design Center and the ONE gallery both offer free admission and are located within walking distance of one another in West Hollywood. The exhibit is on view through Dec. 31.