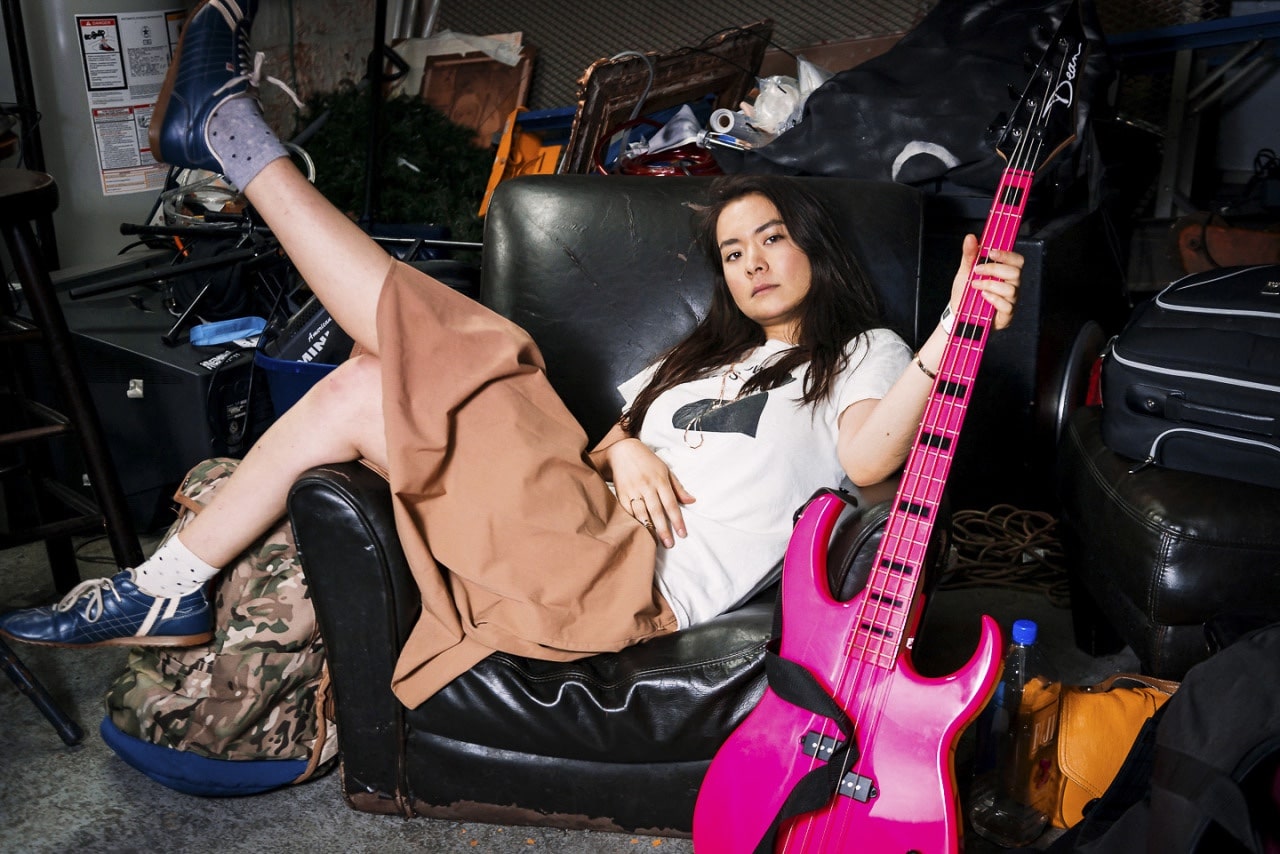 It is difficult to find artists who maintain unwavering self-respect, yet every bit of content curated by Japanese-American rockstar Mitski Miyawaki achieves just that. Oct. 22, she brought her talents to the Fonda Theatre in Hollywood and performed a sparkling show in front of a sold-out crowd. She spent the last two years on tour promoting her critically-acclaimed 2016 record “Puberty 2,” and this show marked the end of her West Coast stint. Mitski wields a complicated sound that darts in different directions and slips through contrasting intensities.

While still in school at The State University of New York at Purchase, Mitski gathered a live symphony for her second record “Retired From Sad, New Career In Business.” In 2014, she embraced darker punk codes on “Bury Me At Makeout Creek” before finding a natural and elegant balance on “Puberty 2.” Mitski proves to be an artist obsessed with meaning and authenticity; the nakedness of her words drive the work, and delicate phrases dance through careful intonation to carry her emotional reservoir onto the canvas. At times, her sound becomes visceral and raw because she’s not interested in clean perfection, but rather, evolution by expression. There’s a longing for growth within her language, and while she respects the elements of craft, her main priority is a quest for personal liberation. She frequently connects with fans on Twitter to dissect the motivations behind her artistic choices.

“I’m an artist, that’s all I care about. I want to get better, and precise. I want someone to come to a show and find pure meaning for 1 hour,” Mitski tweeted.

The crowd gathered within the Fonda was impressively diverse — people of all different backgrounds came together for her show. Mitski makes a point to celebrate the inclusive nature of her concerts and actively fights to make the concert atmosphere a safe space. there’s an air of trust one feels at a Mitski show; disrespect and aggressive behavior are not tolerated in the intimate and artistic space she works to build and uphold. She trusts her fans to help maintain and partake in this safe space and they trust her to fill the room with powerful and passionate musical energy. She’s built an uncomplicated and personal relationship with her fan base while still making very complicated and intricate music.

At 9:15 p.m., the crowd fell to a whisper. Mitski emerged wearing a sleek black dress while proudly holding her bass guitar. Without even a nod to the crowd, she began playing “Francis Forever” which led into “I Don’t Smoke.” The latter features deep guitar rifts which act as a backdrop when her voice soars higher and higher.

“I am stronger then you give me credit for,” Mitski sang.

“Townie” is a pep talk for a night out on the town. She swoons within the verses before directly diving into her desires. The action-packed instrumentation is matched by dramatic imagery when the chorus crescendoes.

“Cause we’ve tried hungry and we’ve tried full and nothing seems enough,” Mitski said. “I want a love that falls as fast as a body from the balcony.”

The complexity of her instrumentals bring intensity to Mitski’s sound, and on this night she was joined by her typical set up of one guitarist and one drummer. A powerful sentiment that lives within her lyrics, as well as the ethos that surrounds her, is not only making the best out of what one has, but also sprinkling style onto it as well. As the night flowed on, certain songs featured extra bass or extended guitar solos in order to maximize the composition filled by her three-piece band. the new arrangements were styled to fit the live setting. The constant shifting of tempos and melodies was impressive, but when certain moments required her voice to stretch, the crowd erupted with unrelenting praise.

Mitski absolutely commanded the room. She shifted the energy and filled the space by creating great drama in her playing. The adjusted arrangements were a treat and didn’t abandon original depth. She barely spoke to the crowd and the pace of the show was very professional, yet people around me felt connected and were visibly emotional through their body language. Casual fans who could not always sing along were still focused on the stage because of Mitski’s sharp and intense attention to detail.