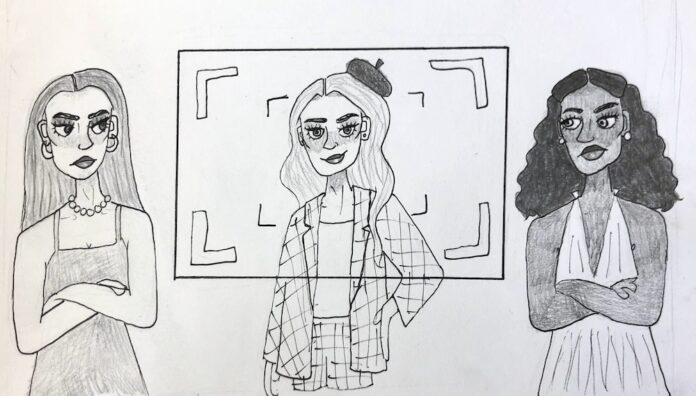 Hollywood’s diversity problem is not only Hollywood’s problem –– it is everyone’s problem. Film and television visualize our society as what it should be. If fictional stories and creative worlds are reluctant to include people from all walks of life, how can we expect the world we live in to change?

A recent critical study by the USC Annenberg Inclusion Initiative on diversity in Netflix productions explicitly states the long journey ahead for inclusion in Hollywood. Focusing on Netflix original films and series during 2018–2019, the study displayed that Netflix neglected to represent any American Indian, Alaskan Native, Native Hawaiian and Pacific Islander characters. In addition, women of color were not represented in many productions: two-thirds had no Latina characters, 85 percent no female characters of Middle Eastern/North African descent, 48 percent no female Asian representation and 29 percent no Black female characters. Taken together, the heavy lack of representation from underrepresented racial groups is exponentially higher than the five percent of productions that did not have any white female characters.

Following this trend of a lack of  inclusive characters and stories, this year’s controversial Golden Globe Award nominations were notably shocking for its exclusion of important Black artists. But should we even be shocked? The Hollywood Foreign Press Academy, the 87-member organization behind the Golden Globes, has no Black members.

The HFPA nominations neglected top-rated Black-led films and actors, including the critically acclaimed HBO, “I May Destroy You,” starring and created by Michaela Coel.

Addie Alexander (sophomore), who watched “I May Destroy You,” was disappointed in its lack of recognition by the HFPA, especially because the series tackles intense dialogue of dealing with experiences of sexual assault and its effects on survivors.

“We can make lots of connections and parallels from the show to what’s happening in the United States right now, and it’s extremely relevant to a lot of the conversations that Occidental’s reckoning with,” Alexander said.

Compared to the powerful storytelling of the HBO series, Netflix’s “Emily In Paris” was shockingly nominated for two Golden Globes, including Best Television Series and Best Actress for a Musical or Comedy.

Jaya Duckworth (sophomore) who watched “Emily in Paris” said she was shocked to discover its Golden Globe nominations.

“There was nothing in the plot or the storyline that’s particularly moving or very relevant to many people’s lives, especially in a year when many people are in crisis,” Duckworth said. “It felt a little ridiculous to have this kind of fluff show get like the praise that it did.”

This erasure of women of color in Netflix productions is what USC researchers have previously called the “epidemic of invisibility.”

USC Professor of Journalism and Communication Joe Saltzman said the lack of representation of marginalized communities directly correlates with prominent social issues due to an absence of diverse information. Without exposure and any connection to being around multiple perspectives of diverse communities, Saltzman said that this imbalance of knowledge and learning results in such an invisible population.

“If [people from marginalized communities] are invisible everywhere, not just in your personal life, but in the media and the TV and movie industry, the result is more racism, more fear and more ignorance, [which] is the basis of racism,” Saltzman said.

According to Saltzman, the only solution to the epidemic of invisibility is to highlight and include important stories and underrepresented people into popular culture, television and films.

“If we explore the stories of everybody, of the ‘invisible people,’ not just white people and white males, but everybody, then you’re going to have a better society,” Saltzman said.

Catalyzed by the 2015 #OscarsSoWhite movement, the academy has made steps toward a more inclusive Hollywood. The academy’s commitment to maintaining an inclusive voting membership that uplifts voices of women and people of color is clearly working, as historic nominations display the efficacy of change with intentional inclusivity.

This year, for the first time in Oscar history, two women, Chloé Zhao (who is the first woman of color in the category) and Emerald Fennell, were nominated for Best Director. The Academy nominated 70 women for 76 awards, the highest number of nominations for women of any year. Other notably historic nominations include two Asian leads — Riz Ahmed and Steven Yeun — competing for Best Actor and Viola Davis’ nomination for Best Actress, which makes her the first Black actress to ever receive four nominations.

Streaming services have also made steps toward creating a more equitable platform. Netflix will invest $100 million dollars into organizations committed to creating a more inclusive space in Hollywood.

Saltzman says Hollywood still has a long way to go from its homogenous representation and award recognition, but he is hopeful for its future.

“You have to look at the past as something that was horrible and then look at Hollywood trying to make amends; it’s an agonizingly slow progress, but it has potential to change,” Saltzman said.