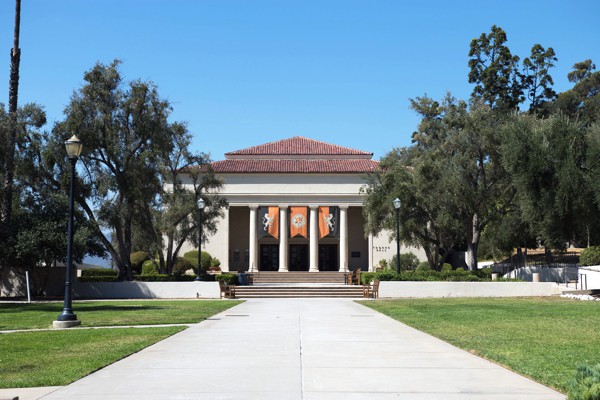 Last week, Occidental’s student Senate, a body of the Association of Students of Occidental College (ASOC), conducted a student body election. Students voted on a new vice president of academic affairs, an amendment to remove the vice president of sustainability position and an amendment to the seniority-based room draw process — an item that has traditionally been voted on every two years. Elections Chair Amy Pino (junior) announced last Friday via email that Andrea Tuemmler (junior) was voted in as the new vice president of academic affairs; the VP of sustainability position was not cut, as it did not reach quorum. Regarding the final item on the ballot, Residential Education and Housing Services (REHS) released an email Feb. 10 announcing a new room draw process that is not based on class year, despite nearly three-quarters of students voting in favor of seniority, according to ASOC President Paul Charbonneau (sophomore).

Tuemmler, the newly elected vice president of academic affairs, views the position as an opportunity to expand upon projects and interests in collaboration with fellow students and faculty. These projects include implementing a narrative about restorative justice on campus and continuing projects that she has worked on as a member of the Queer Student Alliance (QSA) e-board.

During the race, candidate Blidge aimed to provide and promote academic support amongst the entire student body.

“Students should feel confident that academic support is always accessible in order to achieve at Oxy and beyond,” Blidge said. “I wanted to provide first years with a better understanding of core requirements and I also hoped to make registration for classes easier for students by providing them with a way to filter classes which are already full, showing them all the remaining options.”

Santino (sophomore) wanted to ensure that the student body understood where and how their money was being spent and would have made it a priority to bridge this gap. According to Santino, listening to the opinions and criticisms of the student body is critical.

The first item on the ballot was a constitutional amendment to remove the current position of vice president of sustainability. According to Charbonneau, the position existed during the 2015–2016 academic year, but was only filled Fall 2015 by Sarah Mosley (junior).

“[The VP of sustainability] was one of the then five vice president positions on Senate, and one of the members of the Renewable Energy and Sustainability Fund (RESF),” Charbonneau said via email. “They were in charge of running the sustainability committee on Senate and were a voting member on funding and any other necessary matters.”

According to Charbonneau, both ASOC Senate and RESF deemed the position inefficient. The Senate and RESF believed the responsibilities of the VP of sustainability could be filled by increased collaboration.

“We believe we have designed ways in our bylaws, such as only funding requests that use sustainable cups and silverware, to help supplement what the VP of sustainability’s role was,” Charbonneau said.

“It’s a position that Senate has wanted to remove in the past, but has lacked the votes from the student body to eliminate from the constitution,” Descamps said. “This highlights the importance of student voter turnout to not only fill vacancies on Senate, but to eliminate redundant positions.”

Despite the majority of students voting for seniority, according to Charbonneau, Residential Education and Housing Services (REHS) announced via email Feb. 10 that the room draw process will now offer all upperclassmen, regardless of their year, an equal chance to acquire the housing of their choice. This policy diverges from either of the options on the ballot.

Julieta Alas (sophomore) was in agreement with the new room draw policy.

“[The new policy would] ensure that everybody has a more equal chance of getting the housing that they prefer,” Alas said.