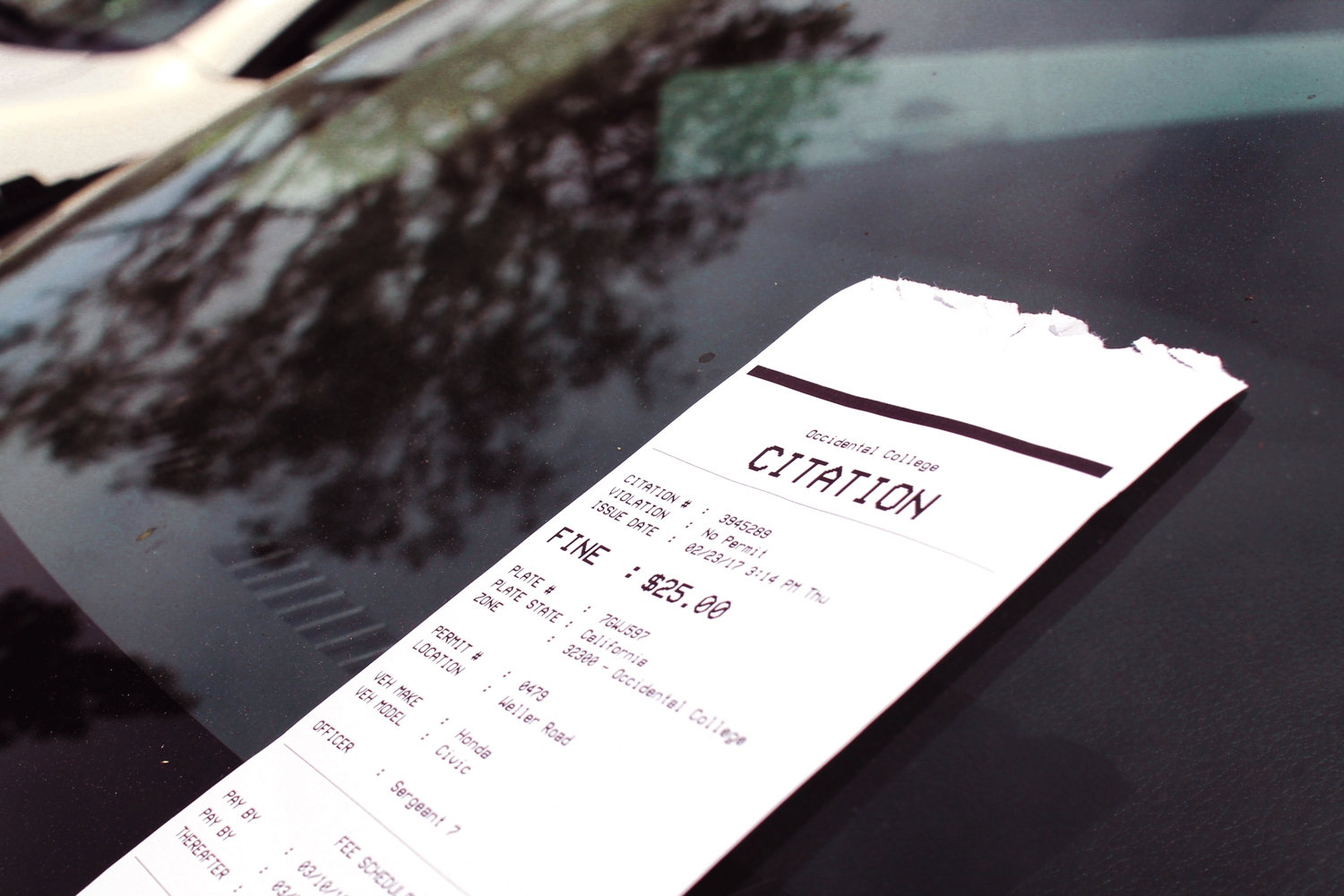 From August 2016 to April 12, 2017, Campus Safety issued a total of 861 parking-related warnings and citations to students — an increase over past years, according to Campus Safety Chief Victor Clay. Clay said this increase is likely due to both a new web-based system that makes it easier to issue citations and a greater number of complaints from community members impacted by those who violate parking regulations.

Of these citations, the most common violation is a “No Permit” citation, followed by fire lane parking, according to Campus Safety Sergeant Joseph Novak. The citation procedure is the same for all vehicles, regardless of whether or not the vehicle belongs to a student, Novak said. But many students have expressed frustration with the perceived inconsistency of enforcement, which has recently become a greater issue.

“Campus Safety does not designate parking areas or participate in the planning of assigned parking spaces,” Clay said via email. “We simply enforce the rules and respond to complaints from Oxy community members.”

Prior to Feb. 20, Campus Safety manually input citations into a spreadsheet that was sent to the business office on a monthly basis. They now use a web-based system that features online payment options, automated tracking and a more effective appeal process according to Clay.

Novak, who is responsible for the parking citation program, said the main purpose of issuing citations is to gain compliance with regulations. However, many students, like Devon Lukasiewicz (senior), believe that the citation process and rules are excessive. Lukasiewicz received her first warning for parking in a lot next to Haines Hall.

While she was not charged for this citation, Lukasiewicz said that she is currently going through the appeal process for another citation she received for parking in an unmarked fire lane. During this process, Lukasiewicz has had difficulty with the citation and appeals system.

“It just seems like they’re paying far more attention to parking violations than ever; there’s clearly inadequate parking on lower campus and students are being punished for it,” Lukasiewicz said.

For many students, receiving parking violations has not been an issue until recently. Allegra Messina (sophomore) has been parking without a permit on campus for the entire semester. However, after leaving her car in a faculty parking spot for two weeks, she received her first “No Permit” citation.

“I didn’t realize it for a couple weeks. That meant that my ticket, even though it was the first infraction, is now $100,” Messina said.

Campus Safety does not receive any of the money from parking fines. The funds go toward the college’s general revenue fund which helps pay for operating expenses, according to Clay, who suggested using the money to directly benefit the student body instead.

“I’d like to see [the money] go to ASOC or another student fund,” Clay said via email. “But that decision is way above my paygrade.”

Students have the option to appeal if they are cited with a ticket. A Campus Safety Parking Citation Appeals Committee meets once a month to review appeals and accept or decline them, Novak said. According to the Campus Safety website, there are three conditions for an appeal: unclear regulations, unclear parking lines/paint or if the violation was unavoidable. The committee is made up of faculty, staff, administrator and student representatives. Although Campus Safety representatives present the appeals, they do not vote on whether or not to accept them.

For the students who decide to appeal their citation, there is a required online form to complete. Luke Yasui (sophomore) — one such student — was successful in appealing his violation for double parking and did not have to pay the $100 fine.

Malena Ernani (senior) is also currently in the process of appealing her citation. After losing her keys, Ernani was unable to move her car and subsequently received three tickets the second week of April after leaving campus for a weekend. The first ticket was for parking in a non-parking spot, and two others followed on subsequent days — one for parking in a fire lane and another ticket for having an expired permit. The charges totaled $125. Ernani, who said she has a valid permit, first tried to appeal the second and third ticket online but found the website did not work. After emailing Campus Safety describing her situation, Ernani said that the officer was willing to strike a bargain to settle the tickets. Ernani ultimately got the charge lifted for two of her tickets, but found the process difficult.

“They didn’t believe me when I said I hadn’t seen the first two tickets,” Ernani said. “I think they could have dealt with it much better.”

Ernani said that Officer Wendy Carrillo helped explain the situation for her to the other officers, but overall, Ernani said she is frustrated with the ways parking issues are dealt with on campus.

According to Ernani, there is a disconnect between the enforcement by Campus Security and students. In her experience, Ernani said that getting services from administrators is often frustrating. She believes that the citation process should take into account how expensive the parking violations can be for many students.

“Overall this is a problem I have felt with administrators and what I see as really the problem is that they forget to see that this is our home,” Ernani said.

Clay understands students’ frustrations but believes there must be a system in place to manage parking issues.

“No one likes receiving a parking [citation]. I know that. Everyone knows that,” Clay said via email. “But the people who are impacted by a violator also have legitimate frustrations. So that’s the dilemma.”