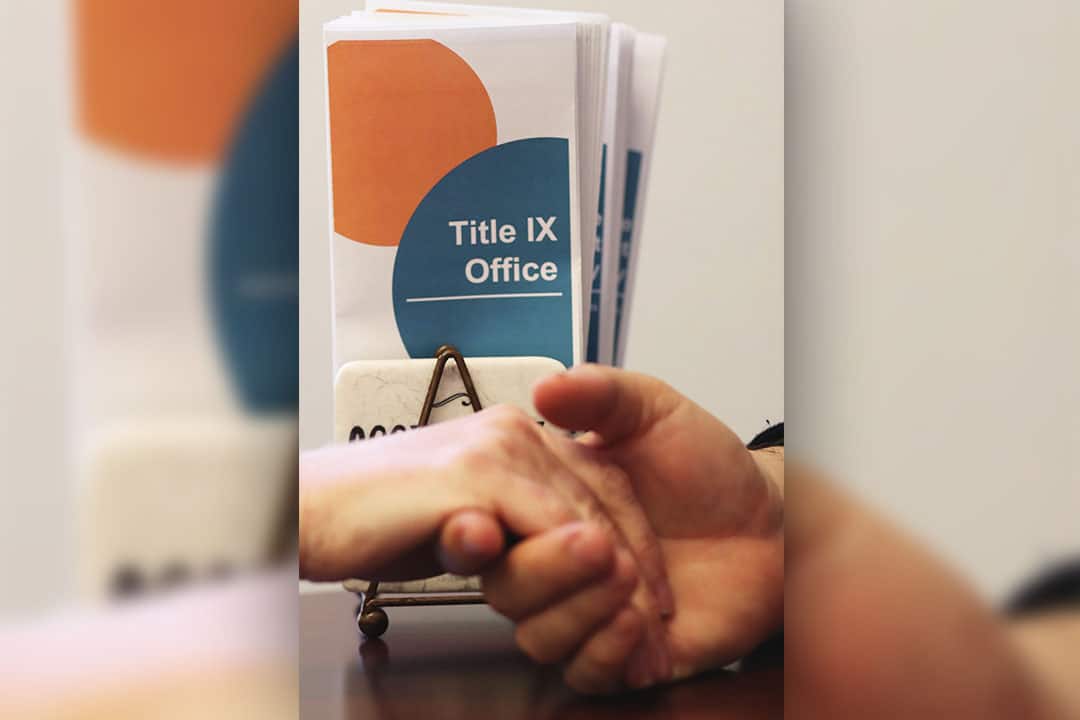 Despite changes to Title IX at the national level — announced by U.S. Department of Education (ED) Secretary Betsy DeVos — Occidental’s existing Title IX policies and procedures remain unchanged for the time being, according to Interim Title IX Coordinator Danica Myers.

Title IX, signed into law in 1972, prohibits gender- or sex-based discrimination and provides protections against sexual harassment and violence within educational institutions.

Myers sent an email to students, faculty, administrators and staff Sept. 7 in response to DeVos’ speech on the same day. In her speech, DeVos spoke of Title IX enforcement and her belief that the current system’s lack of due process failed both survivors and victims.

“No matter what happens, we remain committed to our goal of eliminating sexual misconduct on campus, and to the idea that the best way to address sexual assault is to prevent it from happening in the first place,” Myers said via campus-wide email.

In 2011, former President Barack Obama introduced the “Dear Colleague Letter.” The Letter allowed both the complainant and respondent the opportunity to an appeals process after the initial findings. It also required schools to use the preponderance of evidence (POE) standard in sexual harassment and sexual violence cases. The POE standard means that schools must support the complainant if the majority of the evidence supports such a finding.

Under the interim guidance, schools are no longer required to allow appeals and can either maintain the POE standard or proceed with the alternative clear and convincing evidence standard, which requires parties to present evidence that leaves a firm belief or conviction of probable truthful claims.

“The era of rule by letter is over. The Department of Education will follow the proper legal procedures to craft a new Title IX regulation that better serves students and schools,” DeVos said.

The day of DeVos’ announcement, Myers and the Title IX Department issued an email to staff and students about the implications of DeVos’ statements on Occidental’s Title IX process. The email clarified that Occidental’s current policies and procedures will not require change under the introduced guidance.

“Today’s interim guidance is just that — guidance. It is not the law. The [ED] has stated it will be drafting new regulations and seeking public comment on those regulations during a formal comment period. We are looking into how the College can participate in that process,” Myers said via campus-wide email.

Project Sexual Assault-Free Environment (S.A.F.E.) Program Manager and Survivor Advocate Marianne Frapwell commented on the implications that DeVos’ statement could have on her work.

“If federal guidance is replaced with something more restrictive instead of just being repealed, the college would have to follow federal law,” Frapwell said via email.

Myers assumed the role of interim Title IX coordinator Aug. 1, replacing predecessor Ruth Jones, who held the position from 2014 to 2017. Jones resigned in 2017, according to Frapwell.

Prior to Occidental, Myers served as interim deputy Title IX coordinator and investigator at the University of California, Los Angeles.

The search for a permanent Title IX coordinator at Occidental is underway. President Jonathan Veitch sent out an email Sept. 21 to staff and students regarding the status of the search.

“The committee will work to identify three to four outstanding candidates for campus interviews to be conducted in early November,” Veitch said via email.

Sept. 20, Myers collaborated with Project S.A.F.E. to give a responsible employee training to coaches, trainers and affiliates with the NCAA guidelines.

Project S.A.F.E. is an on-campus resource that serves as a branch of Emmons Wellness Center, providing prevention education and awareness about sexual violence through the work of student programming assistants.

According to Myers, a responsible employee is defined as any staff or student employed by the college that holds power and influence over other students, including professors, administration, coaches and resident advisors (RAs).

“The first response matters tremendously,” Myers said. “It matters that someone feels believed.”

Alayna Schwartz (junior) is in her second year as an RA in Bell-Young Hall and has received the Title IX responsible employee training multiple times from both Jones and Myers.

“It’s a really challenging position to be in because it’s not always helpful to the people involved,” Schwartz said. “Sometimes reporting something isn’t always the action that should be taken at the time in a specific situation. I think — as the person having to report it — it can feel like I’m forcing another person to do something they may not want to do at that time (or ever,) and in situations where someone already feels powerless and like they don’t have control over something, I think that could be not helpful.”

Schwartz said that she believes Occidental has valuable resources on campus besides mandatory reporters, including confidential outlets that do not require reporting.

“Even though it means I may not be the person that helps, it is really comforting that there are always resources that do maintain a student’s control in situations that concern them,” Schwartz said.

Occidental has on-campus confidential resources in place that can be found on the Title IX website.