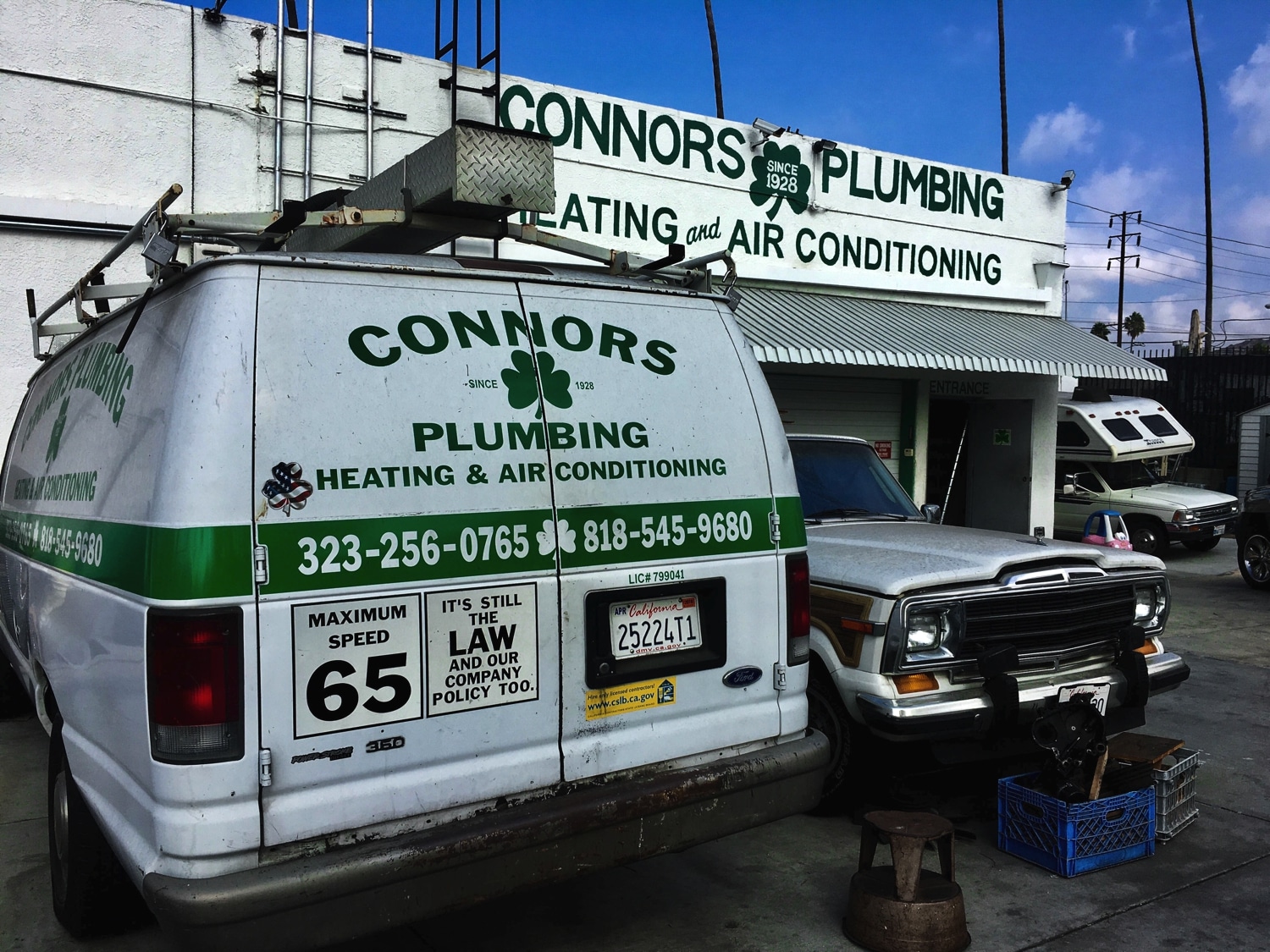 The Connor’s Plumbing building — a historic site built in 1928, according to landowner Jim Kimball — will be home to a new bar in its storefront, on the corner of Eagle Rock Boulevard and Westdale Avenue, by the end of the year.

The bar will be owned by brothers Jeff and Brad Johnsen, as well as their friend Travis Echert. They plan to serve food and operate pinball machines on the premises. Connor’s Plumbing and Heating will remain open in the back of the property, according to Kimball.

The bar does not have a name yet, although Jeff Johnsen believes people will call it “Connor’s.” Kimball said he leased the property to the trio in November 2016. He also leases a space on the Eagle Rock Boulevard side to Zweet Cafe.

“We put the sign up for rent and he [Jeff Johnsen] was banging on the door the next day,” Kimball said.

Jeff Johnsen said that he hopes the pinball machines will set the bar apart. Several other bars with arcades have recently opened in Los Angeles: Button Mash opened in Echo Park in October 2015, and Barcade has plans to open on York Boulevard next year.

“We grew up playing pinball machines, so for my brothers and I, it’s nostalgic,” Jeff Johnsen said. “Bars that are all serious kinda bum me out.”

This is not the first bar that the trio has opened. Jeff and Brad Johnsen are from Seattle, where they said they own another bar called Add-a-Ball which features an arcade and pinball machines. Jeff Johnsen, who currently lives in Los Angeles, said he saw Eagle Rock as an opportune place to expand their business.

According to Kimball, this is not the first time an outside business has rented out the front of Connor’s Plumbing. An auto supply shop rented the storefront for over twenty years. Before that, Van’s Tennis Shoes occupied the space. Kimball said he is not worried about his plumbing business because it is the only plumbing shop in Eagle Rock and has been around for over eighty years.

Peter Dreier, E.P. Clapp distinguished professor of Politics and chair of the Urban and Environmental Policy (UEP) department, said the changes in the neighborhood concerned him.

“I don’t know what kind of bar will take over Connor’s, but it is part of a trend,” Dreier said via email. “Similarly, we’ve seen a significant decline of small, local family-owned businesses in the entire U.S. in the past decade or two in favor of chain stories with local branches.”

According to Dreier, other local businesses such as Auntie Em’s and Cindy’s have changed ownership and become more expensive.

“The gentrification of Eagle Rock over the past 10 to 15 years has been very dramatic,” Dreier said via email. “When I moved to LA to start teaching at Oxy in 1993, Auntie Ems was a basic and simple sandwich shop where they’d slap on some tuna fish onto white bread. Then, about 15 years ago, new owners came in and made it a fancier and healthier and more expensive restaurant. The same thing happened with Cindy’s.”

According to Mia Recio (first year), Aracely Ruvalcaba (sophomore), Alma Olavarría Gallegos (junior) and Anastasia Cusack-Mercedez (sophomore), members of Occidental Students United Against Gentrification (OSUAG), the opening of these bars is evidence that new businesses near Occidental are targeting a specific demographic.

“It seems apparent that the [new] bar is not intended to be a place for community members, rather it targets a constantly changing demographic and wealthy college students,” Recio, Ruvalcaba, Gallegos and Cusack-Mercedez said via email. “It invites in a certain kind of resident and excludes another.”

Recio, Ruvalcaba, Gallegos and Cusack-Mercedez said via email that students should reflect on their position in the neighborhood and not ignore gentrification.

“As Oxy students, we should be conscious of our presence in Eagle Rock and our contribution to gentrification,” Recio, Ruvalcaba, Gallegos and Cusack-Mercedez said via email. “We should be critical of where we put our money and who we are supporting financially, particularly if the spaces are marketed to us.”

Rahul Menon (senior) said that while he likes having new social spaces near campus, the new bar can be seen as problematic.

“I do appreciate nightlife in close proximity to Occidental because it has afforded me the opportunity to create meaningful relationships within Occidental and the larger community in Eagle Rock, and actually interact with the people we share this space with,” Menon said via direct message. “Despite my affinity for social interaction in our community, there are a number of issues I would like addressed before my patronage is guaranteed.”