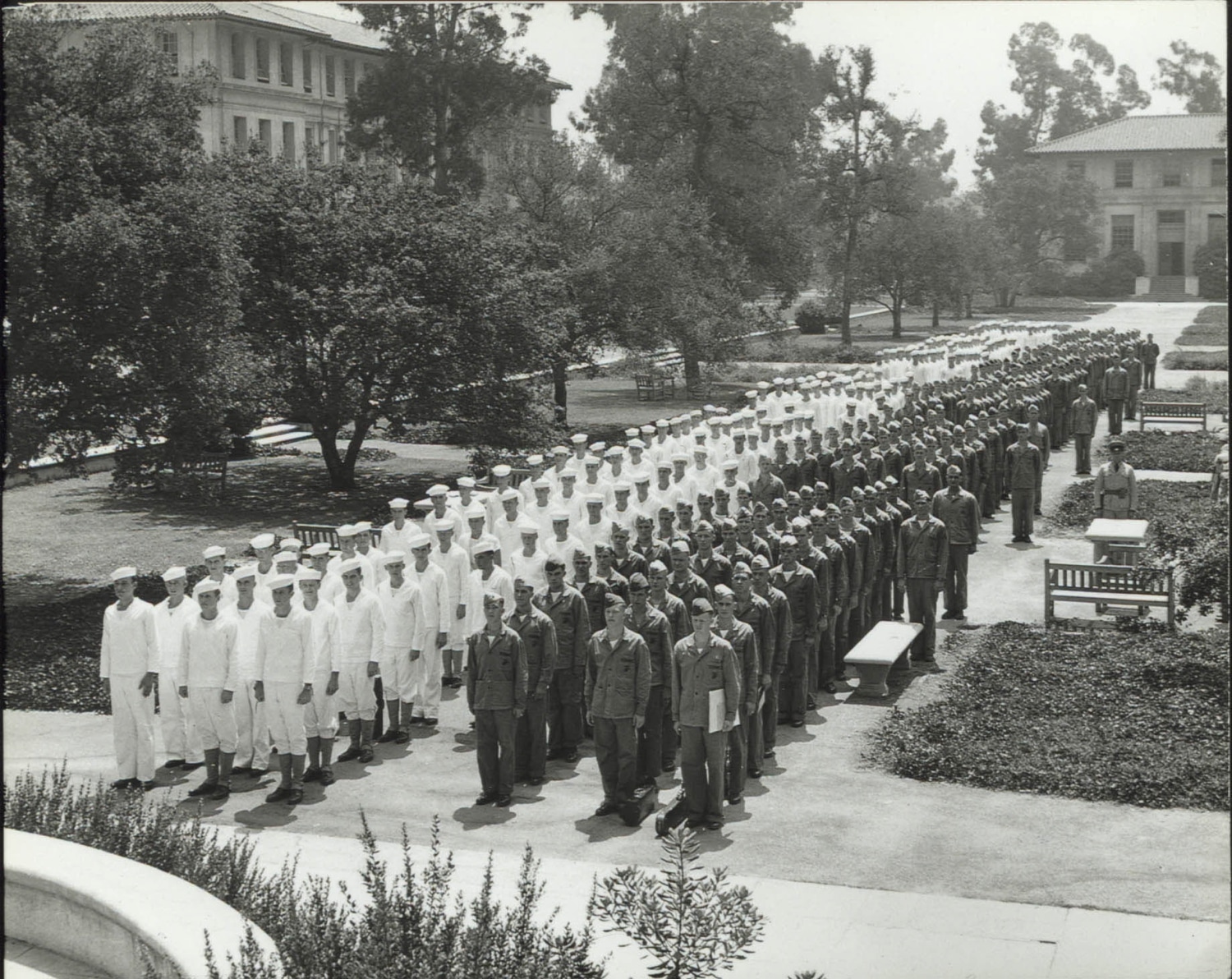 At the end of the 2017–18 academic year, all three of Occidental’s student veterans will graduate. Administrators are hoping that the newly announced Obama Scholars Program — created to recruit veterans, among other underrepresented groups — will help to fill this void as the Ahmanson Veteran Scholarship Initiative has in the past, according to James Herr, veteran’s coordinator and interim registrar.

According to Herr, student veterans are vital to the cultivation of a gifted and diverse group of students — especially for a generation which has largely grown up in a time of war.

“Your generation is growing up where the vast majority of your lifetime is spent under war,” Herr said. “To be true to our mission, I believe that having veterans and having folks who have experienced [military service] helps to bring together part of the American experience and the global experience.”

The Ahmanson Foundation awards a series of grants through the Ahmanson Veterans Scholarship Initiative to 25 colleges and universities in California to support veterans in their pursuit of higher education. Herr said that much of the money from the Ahmanson fund currently goes toward tuition for veterans which federal aid does not cover.

“I think we can draw a lesson from the Ahmanson Funds, in terms of actually bringing folks here,” Herr said. “I believe that the Obama Scholarship will be able to do much of the same.”

According to Senior Associate Dean and Director of Transfer Admission and Inclusion Maricela Martinez, Occidental has and will continue to actively recruit veterans to campus. Martinez said that Occidental recruits veterans by visiting veterans centers at local community colleges, attending transfer fairs and reaching out to other institutions, among other means.

“One thing we are doing this year is to reach out to other colleges who do have a large veterans population to learn about best practices and how we can better connect with veterans who otherwise might not know about Oxy,” Martinez said.

“Oxy places a great deal of importance on diversity in all of its forms, and I think veterans have a wealth of experiences which contribute not just in the classroom but also in the community,” Martinez said.

Martinez said that she is also optimistic about the Obama Scholars Program, hoping that it will attract veterans to campus who otherwise would not have known of or considered Occidental.

Cameron Peters (senior) — a student veteran who served in Afghanistan, Egypt, the UAE, Kuwait and Qatar during his roughly seven years in the U.S. Army as a specialist — said that while a desire to attract veterans exists at Occidental, it has been difficult for the administration to get a program started.

“I think because the veteran population is so small here, it’s hard to know a way forward in terms of getting a program off the ground to attract more vets. They are still working on it,” Peters said. “I would say the enthusiasm and the willingness to attract more vets to the college is all there.”

According to Peters, being a student veteran has not negatively affected his time at Occidental.

“I’ve been having a great time since I’ve been here at Oxy, the classes have been awesome, the smaller class sizes, having the personal attention of teachers and having professors that are focused on a well-rounded education is great,” Peters said.

Occidental has a history with the armed forces, according to the Occidental Magazine. In accordance with U.S. government policy during World War I, Capt. Walter F. Frantzon trained male students at Occidental for possible military service during the summer of 1918. The Students’ Army Training Corps (SATC) was started Oct. 1, 1918, and allowed students to voluntarily enlist to serve as privates on active duty assigned to the college.

New family-oriented housing may be another means for the college to attract veterans, according to Jim Tranquada, director of communications and community relations.

“We’re looking at different ways we might be able to provide affordable housing options that would meet [veterans’] unique needs,” Tranquada said.

*Daryl is a photo editor at The Occidental Weekly.