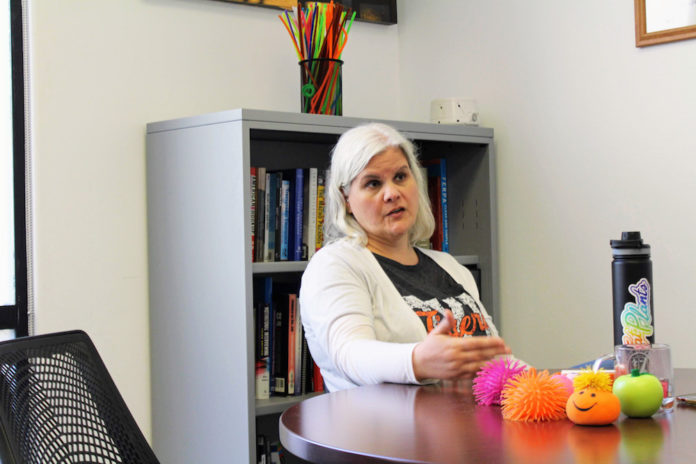 A search committee comprised of students, faculty and staff is in the process of finding a new Title IX coordinator after the previous coordinator, Jennifer Broomfield, announced her decision to step down in July, according to Marsha Schnirring, secretary of the college. Schnirring said the members of the committee met twice since Broomfield’s departure but have not formally started reviewing candidates.

According to Schnirring, there have been delays of about two weeks in the search process after Heather Lukes, Critical Theory & Social Justice professor and the former faculty co-chair of the committee, stepped down due to reasons unrelated to the search. Alongside other delays such as Thanksgiving and winter break, Schnirring said the search process could continue into the spring due to the committee’s intent to find the right person for Occidental.

“The Title IX Coordinator position is a really important role at Occidental. Actually, that’s an understatement — it’s a critical role for the well-being of our entire campus, not just for students but for staff, faculty and administrative issues,” Schnirring said. “We want to make sure that we get the very best person that we can.”

According to Shipper, sometimes schools cannot find a full-time interim Title IX coordinator during a search for a permanent replacement and are negatively impacted by having an interim coordinator with another job or who is not equipped to handle the position.

Shipper said Occidental is lucky to have found someone who can dedicate their full time to the job while the search committee looks for another coordinator.

“Every college campus needs one person who knows what is going on in terms of sex or gender. I’m here for anybody to turn to. I’m holding down the position until the new person gets hired, but I’m doing all the things a coordinator would do,” Shipper said. “It’s just really important that there is someone to ensure that the process goes forward.”

Occidental Sexual Assault Coalition (OSAC) member Caroline Diamond (sophomore) said that she hoped that the process would be as thorough as possible due to the importance of the coordinator role, though bureaucratic postponements were disappointing. According to Diamond, she recently joined the committee after she found there was no representation from OSAC. She is the fourth student to join.

Diamond said she asked to be involved in the search because she felt that a student with an awareness of Occidental and its administration’s history with sexual assault was an important perspective to have on the committee.

“We have historical knowledge of how Title IX has evolved over the years and we have a deeper understanding of restorative justice,” Diamond said. “We [OSAC members] saw that within the committee, OSAC and restorative practices were not represented.”

Diamond said she is passionate about restorative justice and hopes to find a candidate that she felt cared about and prioritized the students of Occidental, as well as someone who would create a safe and equitable environment for all students.

“I do want students on this campus to feel like they can speak to me about their expectations for a Title IX coordinator, and I recognize that I have some experience in some areas, but not all areas,” Diamond said. “I welcome any feedback from any student on this campus, and would love to talk to anyone who has particular interest.”

Schnirring said the committee aims to be inclusive and diverse in as many areas as possible. According to Schnirring, members of the search committee go through bias training before they start. Schnirring said the committee would create a rubric designed to measure an applicant’s qualifications in several different areas and focus, and then find a person who fits those qualifications best. According to Schnirring, people often forget that experience is the most important part of a job search.

“We want to find the person that has the best balance of experience across all areas of responsibility,” Schnirring said. “One of the biggest issues in a search is that people get caught up in personalities rather than what the work is, and who is best qualified to do that.”