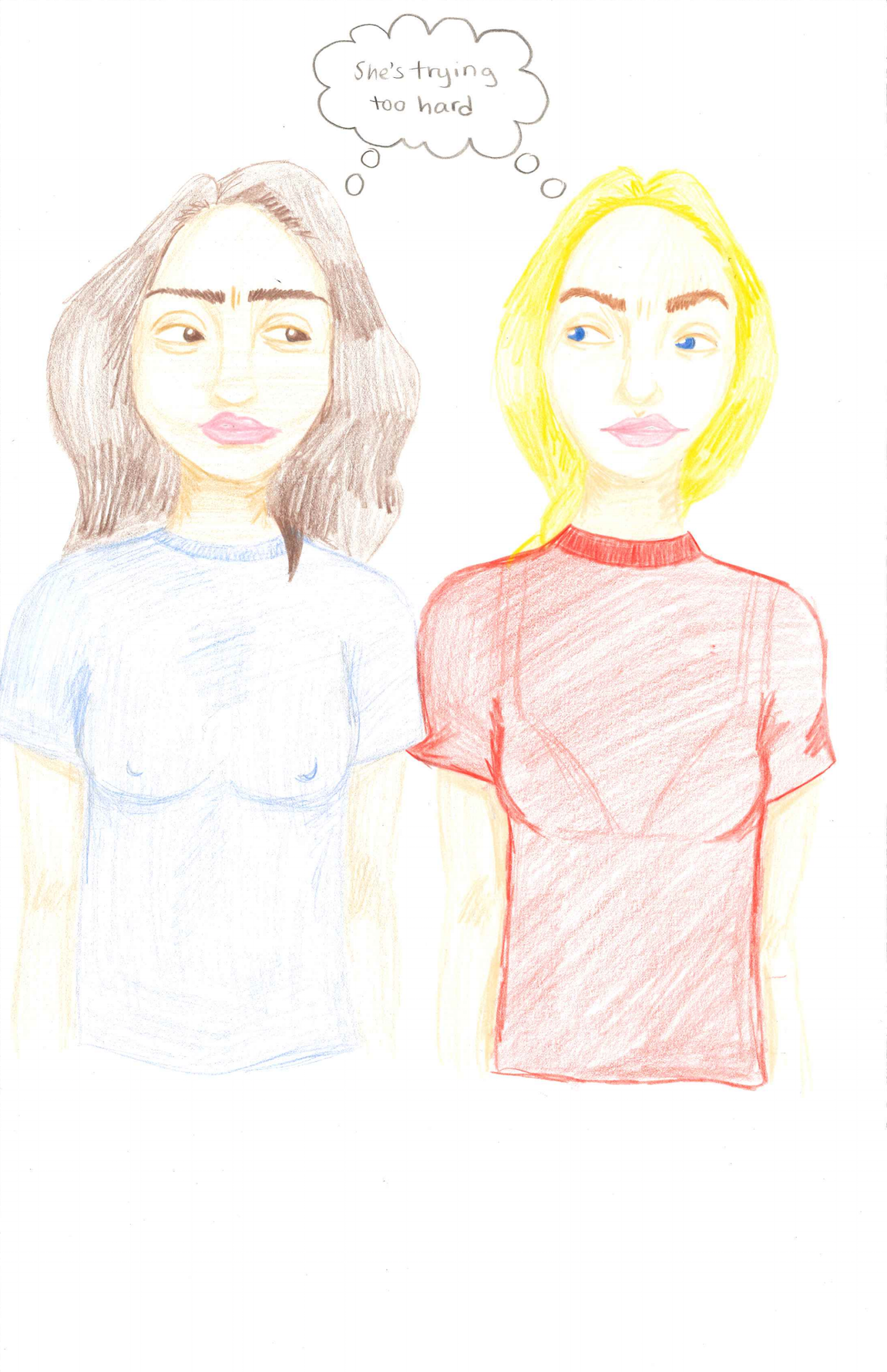 I bought my first bra in sixth grade on an after-school Target excursion with my mom. It was by the brand Xhilaration (how I felt) and was size AA (too large at the time). It was lime green with yellow polka dots, and I wore it almost every day for a year, still unsure of the protocol for how often bras needed to be washed.

I wore my bra to school, to bar mitzvahs and even to sleep. My mom would lightly joke that if I could fall asleep in my underwire bra without noticing, maybe it wasn’t a necessary investment, but nevertheless I persisted. My Target bra was a mark of maturity, of femininity, of becoming more like the high school girls who babysat me. This bra was integral to my definition of womanhood; its clasp was a rite of passage.

Then I arrived at college and no bra became the new bra. The majority of young women I befriended were going braless or only sporting bralettes — lacy, wireless fabric that was defined in opposition to a “real” bra. The underwire bras that had marked my transition into womanhood felt arbitrary and outdated, my understanding of feminism felt aggressively old-fashioned. I graciously traded in padded Victoria’s Secret bras for their thin-strapped cousin, the bralette, in solidarity. In doing so, I rejected my former belief that we, as women, should strive to have perfectly elevated breasts. This changeover was a luxury afforded to me by my status as an B cup, my boobs remaining small enough to leave my faithful “Bridget” bra behind and still be able to run for the bus comfortably.

I walk down the stairs with my friend (a size F) who is complaining about the prodding centimeter of wire that has miraculously made its way out of her bra once again. She holds her boobs with her forearms, a tactic she’s perfected over the years to prevent the soreness that accompanies an unsupportive bra. Another friend (a size A) pipes up from behind, asking sharply why she continues to wear a real bra. This friend doesn’t even remember what it was like to have to deal with underwire, having “Freed the Nipple” a while back.

The judgment in her words is palpable, the same condemnatory manner that underlines Odyssey article titles like, “Why I Never Wear A Bra In Public, And I’m Sorry I’m Not Sorry” or “I Stopped Wearing a Bra and You Can Too” — i.e. going braless is a feminist act while continuing to wear a bra is daily submission to the patriarchy. “Why are you wearing a bra?” too often insinuates, “Why are you longing for the male gaze?”

“Free the Nipple” is part of our generation’s brand of feminism, our attempt at reclaiming our own bodies. But freeing the nipple is not freeing for all. Reclaiming the nipple suggests bras are inextricably linked with the sexualization of women, but what about feminists who size above a C cup? There is no universal female experience, so why are we suggesting there is a universal female dress code? In a movement about the importance of female agency, judging women for their choice of lingerie, or for wearing lingerie at all, is counterproductive and nonsensical.

Reject your bra, or wear a less restricting variation, but do not indulge a culture that shames other women’s personal decisions. When feminism fails to respect individual experience and agency, it fails to have a purpose. Wearing a bra can undoubtedly encourage harmful beauty standards, creating a false illusion of a symmetrically round shape. Yet, the majority of women who promote bra-less living have small, perky boobs — a standard our media continually praises and advertises. It is easier to reject bras when you could just as easily not wear one. It is less easy when this defiance gives you chronic back pain, prevents you from doing exercise or even walking down the stairs. “Free The Nipple” excludes busty women.

The bra — like the feminist movement — should be about personal choice. Neither should be one size fits all.

Maggie Duffy is a sophomore sociology major from Brooklyn, NY. She can be reached at mduffy@oxy.edu.