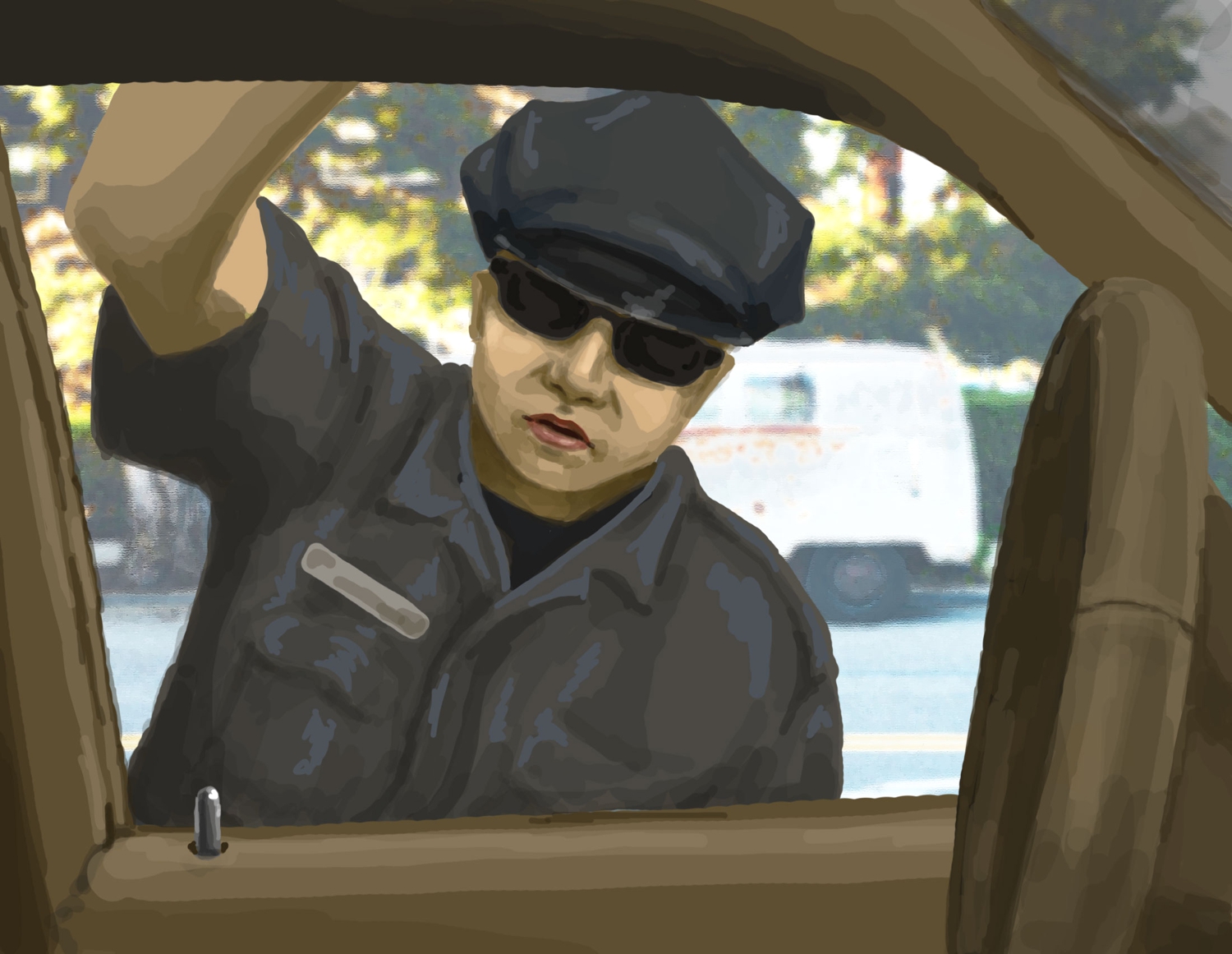 This summer, on the same day as the violent unrest in Charlottesville, Va., I was reminded of the gravity of a situation I had always half-heartedly expected. Only moments after a routine traffic stop, I was stopped a second time by the same cop. This time, the cop, who seemed more annoyed than he had the first time he dealt with me, had suddenly firmed his tone and posture. He asked me what was “up” with my birth date. I asked him what he meant.

Turns out I’d hit a jackpot: same birthday, height and last name as a suspected terrorist. At this point, he informed me that he was going to detain me under the assumption that I might be this individual. A friend of mine, a white woman, was also in the car with me but was placed on the curb while I was put in the back of the police car.

In detaining a potential terrorist, law enforcement has significant leniency to detain a person however they deem necessary. After verifying my identity, the officer informed me that he had full license to use whatever force he felt was fitting. I could have disappeared without a trace. I could have been shot, I could have been killed, I could have been beaten. Yet I am alive, writing this, and there is technically no record of the events because I was never charged.

Where would I be right now if anything else had happened in that interaction? The point is, that day, I was terrified, but I was reminded of something starker than my detainment.

I implore you to evaluate how I ended up in the back of a police car, wondering if I would ever see anyone I knew again. The reality of identity, of my interaction with the state articulated by this encounter is one of duplicity. In the back of that police car, I was and am white. Because of how I was regarded by the state in that moment, and not treated with force and disrespect, I am unequivocally and irreducibly in a position of privilege. And yet, I was and will be some kind of foreign presence. I’ve never felt such a conflict of privilege and helplessness as in the back of that car.

My identities as a descendant of people both white and non-white, American and non-American, are inextricably linked and deemed insoluble, contested by external forces like the FBI, TSA, NSA or LAPD. In an interaction with power, my state of being depends on whether the agent of that power perceives me as white or non-white. The scariest part is that I’ll never be sure if they will, but this is still a better position to be in than the innumerable people who must always expect the worst in dealing with people in power who supposedly serve them.

One argument I’ve heard in defense of my well-being is that I treated the officer with respect. While this definitely helped, I ask a simple question: why should my being respectful determine whether I live or die? What about all of the situations when that has not been enough to keep someone alive in their interactions with police? What about Philando Castile, Tamir Rice or Eric Garner? Police are not roaming around looking for someone to call them “sir,” then letting that person leave.

American citizens, especially those with marginalized identities and those who do not appear to be white, are constantly under surveillance. For this to happen on the same day as Charlottesville only further elucidates the iron grip of a higher power on who is viewed in what light, who requires a justification of their presence and who roams free without question. On this day, white nationalists were given more of the benefit of the doubt than I was.

There is no end to this discourse, only a barrage of new questions and new ways to think of who we are, what we stand for and where we are forced to stand. That said, the bad taste that lingers in my mouth emerges from recognizing how the hierarchical presence of whiteness somehow still indoctrinated me.

On a lighter note, I’m thankful — maybe for this more than anything else — that the officer never noticed the sardonic “Bush did 9/11” written on the back of my wallet.

Karim Sharif is a senior English major. He can be reached at sharif@oxy.edu