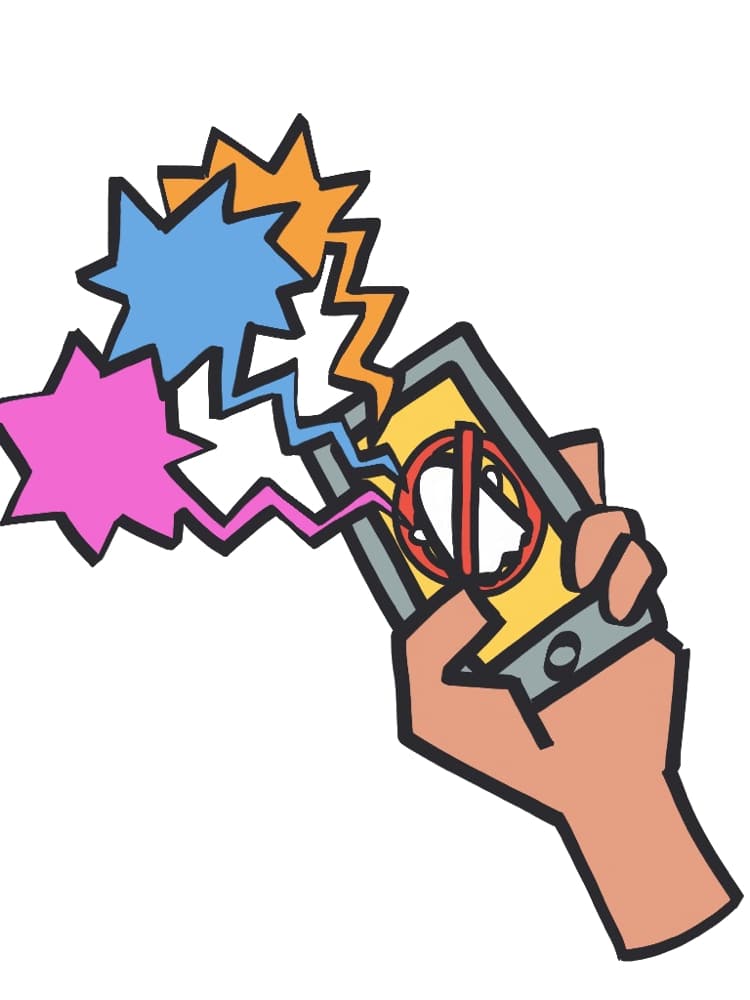 As you may have noticed, Snapchat just released an update.

As upset about it as the rest of us, beauty mogul and reality TV star Kylie Jenner tweeted a complaint about the app Feb. 21. The following day, the market value of Snapchat’s parent company, Snap Inc., dropped by $1.3 billion. Headlines credited Jenner’s tweet.

In reality, not even Jenner herself has that much influence — which is saying a lot, since she overshadowed the Super Bowl by announcing the birth of her daughter. Snap’s value was already falling before the tweet came out; however, less than two weeks later, it’s back on the rise. Snapchat downloads have also increased by 55 percent following its redesign. The app has 301 million monthly active users in total.

But if you still hate the update, don’t worry, you’re not alone. The majority of Snapchat users are against it: 83 percent of user reviews gave the update only one or two stars on the App Store, and a Change.org petition to remove the update has over 1,250,000 signatures. Users have also sent them a barrage of tweets complaining about the update (when all we wanted was that cool speed filter back).

Not only does Snapchat’s confusing new interface integrate more advertising at the cost of the app’s usability, but Snap has also shown a complete disregard for its users in the wake of these changes. The whole episode reveals a darker truth: when it comes to social media, we have no power to change the features we dislike.

One of the major changes to Snapchat’s interface included moving Stories to the same page as the inbox. The Stories were previously filed under the app’s “Discover” page, which features public Stories and sponsored content from companies such as BuzzFeed and the Daily Mail. Snap claimed that its goal for the change “was to make it easier to connect with the people you care about most.”

According to a TechCrunch article, Snap wanted to integrate advertising in the inbox, the most popular feature on the app. Between April and September 2017, for example, the number of Snapchat users who posted stories didn’t increase, but users continued to send an average of 34 snaps per day. The ads now appear between users’ Stories in the inbox as well as on the Discover page and are targeted towards individuals.

The update also moved Stories from non-friends to the separate Discover page, creating a separation between Stories from celebrities and Stories from friends. Model Chrissy Teigen tweeted her distaste for this change saying, “I liked that you guys felt like we were friends. I’m sad it doesn’t feel like that anymore.”

“People are saying, ‘I used to feel like this celebrity was my friend and now they’re not my friend anymore.’ Exactly. They’re not your friend,” Spiegel said.

This callous response exemplifies the way Snap has handled user criticism since the update. The company has responded to the Change.org petition and many of the tweets, simply stating that there is no way to undo the update. Snap’s response to the petition claims that while it won’t bring back the old version of Snapchat, it will introduce “tabs in Friends and Discover which will make it easier to find the stories that you want,” ironically concluding, “We will always listen closely to find new ways to make the service better for everyone.”

Will we get over the Great Snapchat Update of 2018? Probably. (Spiegel seems to think so.) We’ve survived other updates in the past: Facebook’s implementation of the News Feed feature in 2006 also caused major backlash, but the News Feed has now become an integral part of the website.

Because our social infrastructure is so heavily built around social media, it’s frustrating that companies like Snap can organize — and monetize — how we talk to our friends without our input. Though Snap currently only monetizes its services through sponsored content on its Stories and filters, the company could take it further in the future — like how YouTube Red, YouTube’s streaming service, now forces users to pay $9.99/month to listen to music when the app is closed.

Even Jenner’s denouncement of Snapchat eventually gave way to brand loyalty. “Still love you tho snap… my first love,” she said in a second tweet. And we do too — no matter how often the app snaps our hearts.

Natalie Ray is an undeclared sophomore. She can be reached at nray@oxy.edu.