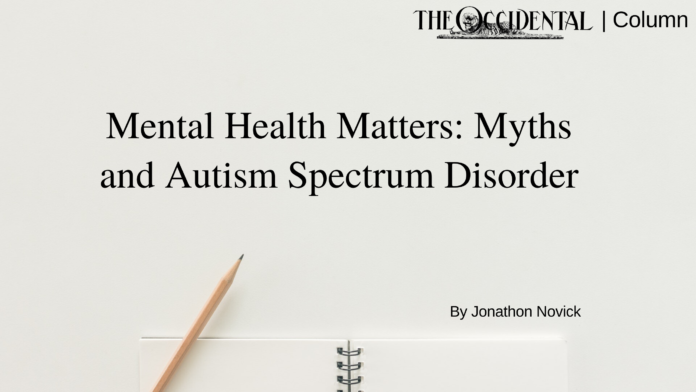 As the popularity of mental health has increased, skeptics — especially in this age of anti-vaxxers and conspiracy theories — have claimed that diagnoses for many neurodiversities are more common now than ever. The flaw in this argument is quite clear: such diagnoses have changing requirements as people better understand them. It also brings up a question: if autistic people and other neurodivergent people are so common, have they been here the whole time? The answer is yes, and if you look into many cultures’ different myths and folklore, you may find that these newer diagnoses are merely the medical explanation of conditions widely accepted throughout history to be of supernatural origin. These folklore explanations are more common than you might think.

The term “lunatic,” for example, is derived from the Latin word luna for “moon.” This is because diagnoses that change behavior in relatively long-term timescales, like bipolar disorder and even premenstrual syndrome, were thought to be linked to the monthly changing phases of the moon. While many conditions were thought across the globe to be caused by possession from spirits or demons, the folklore explanations of neurodiversity are not all spooky.

The old English lore of the fae — witty and playful fairy-like beings ranging from mildly helpful to deadly and treacherous — includes a common practice wherein the fae would steal a human baby and replace the sleeping child with a fae child. The supernatural replacement takes the form of the original, although potentially with some imperfections. These fae-children, dubbed changelings, are thought to be an early explanation for autism spectrum disorder, as noticeable symptoms only occur after the child reaches about two years old. Babies previously seen to be energetic and playful by their parents will suddenly seem distracted and in their own world.

Given this behavior, it is not hard to see how an old English peasant couple might see their child’s sudden change as the consequence of an imperfect copy that sees things their mortal eyes cannot perceive. In a world where resources were limited, the changeling concept was likely used by impoverished families to justify infanticide of neurodiverse children, who need more resources than neurotypical children. However, in some less common cases where so-called changelings were allowed to grow up, they were often especially proficient in one field or another, demonstrating the hyperfixations associated with autism as well as savant syndrome, a separate, much rarer condition which is often associated with autism spectrum disorder. The changeling concept may also explain the idea of the fae being vulnerable to iron, as many types of autism spectrum disorder are tied to genetic conditions in which a variety of allergies may arise, such as an allergy to non-hypoallergenic metals.

Among the oldest treatments for other neurodiversities are bloodletting and trepanning, a process in which the practitioner bores a hole into the patient’s skull to release the supposed spirit or demon causing their condition. Such practices date back before recorded history and continued around the world until the 16th century. Later explanations did not improve much, with concepts of neurodiversity moving from spirits and demons into imbalances of chemicals (so close) called the four humors composed of black bile, yellow bile, phlegm and blood (yet so far), each of which was considered independently responsible for excessive mood changes to melancholy, anger, apathy and enthusiasm. Treatments to balance these four humors varied from more trepanning and bloodletting to physical acts meant to force the body to equilibrate itself. Many of these acts were violent, like whipping and other tortures, which people could pay to see. Despite the violent exploitation, some treatments were genuinely thought to help. For example, excessive ingestion of foods and liquids believed to increase the humor thought to be lacking in the patient, such as alcohol, mild toxins and early forms of sedatives.

The neurodiversity movement may seem like a new concept, especially when compared to other social issues. Despite the movement’s abrupt feel, understanding that diagnoses are just names for groups of people who have always existed — groups that have historically been treated as inhuman — can help contextualize the ongoing neurodiversity movement.

The author for this piece is Jonathon Novick, a local changeling and member of a chapter of Active Minds at Occidental College. Active Minds is a national organization that aims to reduce the stigma surrounding illness and promote good mental health.