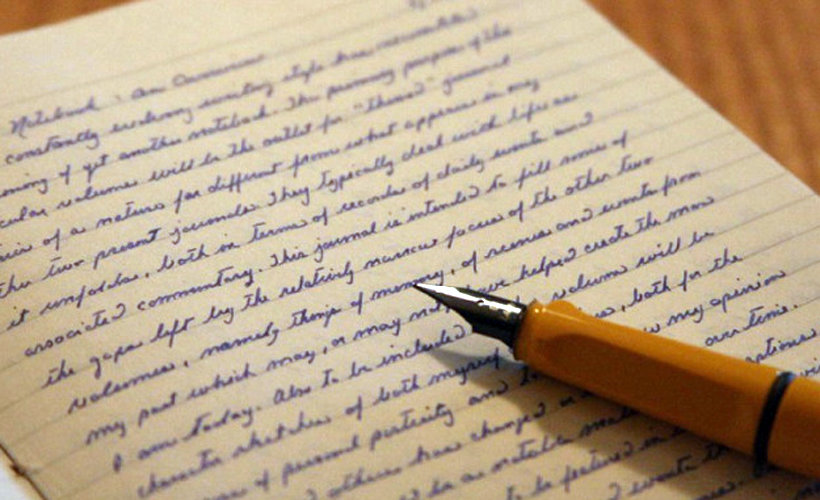 As many are calling for the end of police in America, I have noticed a more recent student-led movement to abolish Greek life. Based on similar arguments as the police abolition movement, the anti-Greek movement is founded on the belief that Greek organizations are deeply flawed and perpetuate discrimination of all forms. After a lot of thought, I decided I could no longer reconcile my support of the social movements of today with my participation in such an exclusionary system. As a result, I recently ended my membership at Oxy’s Kappa Alpha Theta chapter permanently. I firmly believe that Greek life has no place on Occidental’s campus and, as an institution, it is far beyond the point where reform is possible.

Greek organizations across the country seek membership through a selective process during which you are asked about your achievements and background as organizations seek to find what they deem as the best new members. Oftentimes, this can mean that if you don’t fit the predetermined favorable image, your membership in any given organization is unlikely. Although many of Occidental’s Greek organizations have committed themselves to ending discriminatory behavior during rush, I find it hard to believe that each new member is selected purely based on their academic achievements or positive attitude. Dues are another barrier to many who wish to join organizations, and that additional cost is a lot to ask of those who may be struggling to pay their way through college as it is. While scholarships and grants exist, they are selectively awarded which makes it extremely difficult to provide for every person who cannot afford Greek life. This is all only compounded by the fact that each year, fewer and fewer people are choosing to rush and join Occidental’s Greek organizations. If Greek life at Oxy is truly open and welcoming to everyone, why is it getting smaller every year?

Part of this decreased interest in Oxy’s Greek organizations could be attributed to conceptions in America about what Greek life is. With movies like Animal House and documentaries like The Hunting Ground, it is no wonder that many do not feel welcomed by Greek life. While Occidental’s Greek organizations try to combat these stereotypes by hosting diversity panels during rush and claiming to be against hazing, the fact of the matter is that these beliefs are deeply ingrained in American culture and are widely known by incoming students before they even step onto campus. As a result, many are influenced by these preconceived notions of what Greek life is when they chose to rush or not in their first years at the College. This trend instantly creates a coherent Greek identity in all organizations, even at Occidental.

Overcoming these powerful ideas about Greek life at such a small college becomes even harder once you consider the ineffective nature of Occidental’s Greek Council. This is the governing body of Oxy’s Greek organizations, but few take it seriously. Given the importance of rush and the historically discriminatory nature of it, one would think that Greek Council would spend months planning the event and educating all Greek organization members on how to prevent such negative behavior at our school. This is not the case. For instance, this past year the official dates for rush were not finalized by Greek Council until less than a week before rush was meant to take place. At the time, I held a leadership position within my organization and up until Jan. 28 we were asking for finalized dates; rush officially began Feb 3. With only five days to actually plan, all groups were left scrambling to organize their rush week activities, with virtually no time to run active Greek members through intentional dialogues on rush. In hopes of further analyzing the Council’s behavior, I recently asked if I could have access to the group’s meeting minutes. However, these documents were not made available for my review as a member of the student body and there is still much confusion as to where these documents are or if they even exist. Local groups at Oxy may not have an overarching national structure to point fingers at, but they are governed by a Greek Council that has shown it is inept. Since they are mostly left to their own devices, how can we really know if local organizations are following the guidelines Occidental sets for them?

It’s also worth noting that the Greek life you see on Oxy’s campus does not exist in a vacuum. Many national Greek organizations use member dues to finance the Fraternity Sorority Political Action Committee (FratPAC). FratPAC’s goal, as stated on their website, is to “ to build a positive presence in Washington, DC to help defend and enhance the fraternal experience.” This PAC has worked to defeat anti-hazing legislation and has successfully repealed protections for sexual assault survivors on college campuses. Additionally, FratPAC uses donations to finance political candidates, many of whom are pro-life, pro-gun, white, Republican men (Paul Ryan, Mitch McConnell, Lindsey Graham, and Rand Paul to name a few). At the same time FratPAC was fighting against anti-hazing laws and working to suppress survivors in 2014 and 2015, the Kappa Alpha Theta Sorority donated $5,000 and was a top donor to the PAC. While direct donations to FratPAC have stopped in recent years, the CEO of Kappa Alpha Theta continues to donate annually to FratPAC. I do not wish to leave Occidental’s other national organization out of this conversation. While Sigma Alpha Epsilon (SAE) has not recently donated to FratPAC, there are organization alumni that choose to support FratPAC despite such harmful policies and political leanings. Clearly a culture is present in the national organization that condones such attitudes toward hazing and sexual assault.

While Occidental’s chapters may be striving to be inclusive and encouraging conversations about diversity, they still pay dues to their national organization which then takes this money and uses it to support all other chapters nationwide. These are the very chapters that have long histories of major sexual assault allegations (University of New Mexico SAE) and have presidents who use racial slurs (Vanderbilt University Theta). In fact, Vanity Fair published an entire article investigating why SAE is involved in so many scandals nationwide, and Rolling Stone ranked Arizona State University’s SAE chapter one of the worst fraternities in America. One of the more attractive parts of Greek life is the potential to build a network, but are these the types of networks we want to maintain? While SAE and Theta may be trying to create a culture of care in Greek life at Oxy, in paying dues every semester their members support others in their organizations who think that this kind of poor behavior is acceptable.

While I look back on my experience in Greek life and find it to be a largely positive one, I know that there are many members of the broader Oxy community that would not have had the same experience as me, which is deeply concerning. This is not just an issue of national vs. local Greek organizations. All facets of Greek life are impacted by stereotypes about what it means to be a member of an organization, regardless of affiliation.

Given the broader culture at Occidental, I anticipate that many current Greek organization members will read this piece and immediately attempt to make changes within their organizations (as many already are). While this is admirable, what positive change can you realistically make to the antiquated institution of Greek life that, at its core, is based on exclusive membership? I worry that Greek organizations across the nation will go to extreme lengths to implement a façade of equity and inclusion in the coming months, which will in turn make it even harder to dismantle this already problematic institution. I hope that all those currently involved in Greek life seriously consider if their participation in the system is genuinely helping our entire Oxy community and, if in doing so, they are staying true to what they believe.