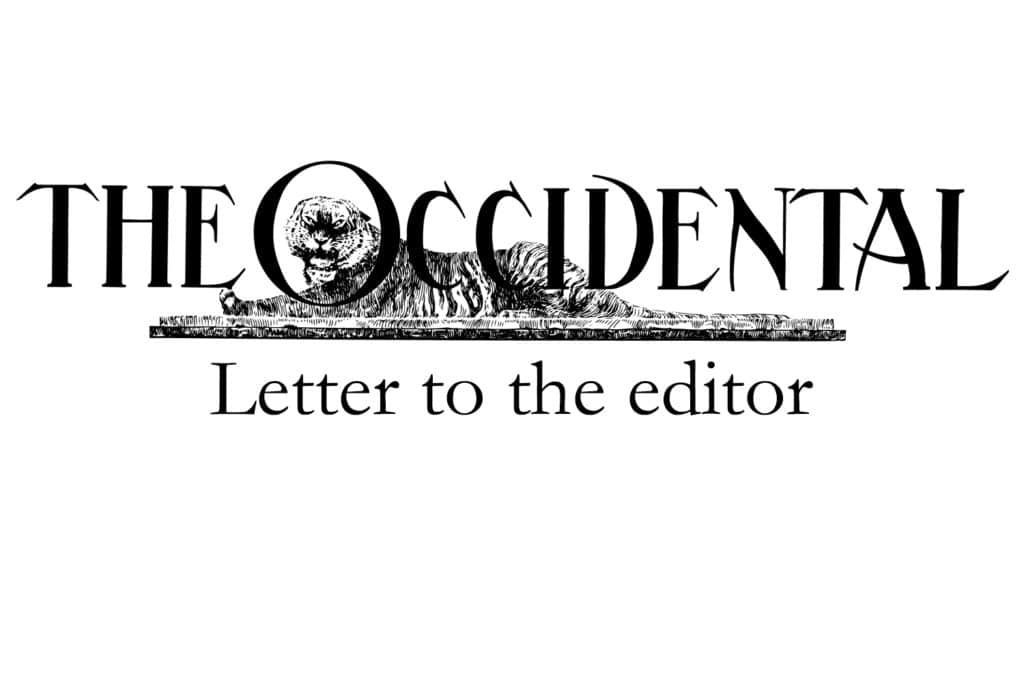 When rock icon Neil Young called on Spotify to choose between streaming his work or podcaster Joe Rogan’s, my first thoughts were not about COVID-19 rhetoric but simply Neil Young. As soon as Young released his statement, in which he protested the COVID-19 misinformation being advanced by Rogan, there was little doubt in my mind that his life’s work would soon be removed from Spotify. Listening to Young’s music on the platform has been one of the only constants in my life since I was 14. His droning guitar solos and borderline whine have sat passenger seat to my entire young adult life. I could probably write 35 pages only on his music, but it might be regarded as the most boring letter The Occidental has ever received. And after recovering slightly from my devastation over the disappearance of Young’s music from Spotify, I began to think about the broader trend we are seeing of calls to censor right-wing pundits and their sympathizers over misinformation.

It is important to recognize the specific claims on Rogan’s podcast that have been labeled as misinformation. He has promoted the idea that young people don’t need to get vaccinated — in actuality, it slows the spread of the virus if they do get vaccinated. He has stated that the risk of myocarditis is higher in the vaccinated than those with COVID-19 — a point he was proven wrong about on his own show, so maybe discourse isn’t a myth after all. He has framed Ivermectin as an entirely effective treatment against COVID-19 — it probably isn’t. None of these claims are based in fact. To me, they come across as paranoid and idiotic. But is that enough to silence Rogan’s perspective?

270 doctors, researchers and public health officials think so. They signed a petition demanding that Spotify “take action against” Rogan’s spread of false claims about vaccines and COVID-19, which “damage public trust in scientific research and sow doubt in the credibility of data-driven guidance offered by medical professionals.” There is no doubt in my mind that spreading false medical claims and sowing distrust in public health does more harm than good. But since when does this warrant deplatforming? Censorship — or any suppression of speech by a public platform — is a lazy solution to COVID-19 misinformation, conspiracy theories and most other areas in which it comes into play. As citizens interested in productive discourse and the exchange of social ideas, it’s in our interest to advocate for the regulation of free and open speech on major media platforms. Here’s why:

Decisions about censorship made by executives will always be driven by profit. It may not seem immediately harmful if Spotify were to decide it was best for their bottom line to censor Rogan’s episodes flagged for COVID-19 misinformation. However, profit-driven censorship by media executives will more often than not be detrimental to our common good. Pursuit of profit will cause media companies to purge intellectual conversations of all kinds if they are controversial in the slightest, and this will often pose a threat to discussions about inequity and injustice. We need not look any further than Rogan’s podcast to realize this. While all his episodes flagged for misinformation remain up, last week Spotify pulled 113 episodes of his podcast that didn’t meet their “threshold for approval.” Leaving us no real explanation, the only common thread that can be seen throughout the pulled episodes is that they threaten the company’s profit. Progressive political commentator Kyle Kulinski explained on his YouTube channel how he believed one of his appearances on the podcast was pulled because of his criticism in the episode of the war crimes and injustices carried out by the Saudi Arabian government in Yemen. Kulinski pointed out that Spotify made a deal to expand their services into Saudi Arabia days before the episode was pulled.

Censorship over content deemed to be misinformation has a very sketchy history. Executives at media companies have a huge amount of leeway in what can be determined as “misinformation,” which they have not always handled properly. In February 2021 Facebook began removing posts that promoted the idea that COVID-19 was “man-made” or “manufactured,” but by May, they had suspended this policy as the ambiguous nature of the situation became more obvious.

Deplatforming right-wingers for false information certainly has not worked to quell its spread in the past. Despite the flagging and removal of many posts claiming election fraud, about three quarters of Republicans still believe Biden was not legitimately elected, according to a poll by the University of Massachusetts Amherst. A massive purging effort on Facebook, Twitter and Instagram followed the emergence of QAnon conspiracy theories, but followers simply moved to more obscure sites like 8chan which provided echo chambers for their depravity, eventually contributing to the events of Jan. 6, 2021.

The key to fighting the spread of COVID-19 lies not in silencing the message of opposing voices but in strengthening a message that promotes a belief in the common good and social responsibility. Liberals who want a few wealthy executives to wield massive influence over what gets said and what doesn’t throughout mainstream media are no liberals at all.

We don’t have to resort to silencing people who oppose vaccine mandates and masking. We need to frame a strong national response to COVID-19 within America’s longstanding liberal tradition of interest in the greater well-being of society and the public good. We can view concern for the health and well-being of others in the same light as social welfare and wealth redistribution.

Let’s stop censoring opposing voices. Let’s escape from the constant cycle of “Shut up. You’re wrong, I’m right.” Let’s speak positively and use this opportunity to expand the way Americans think about looking out for one another and the common good.