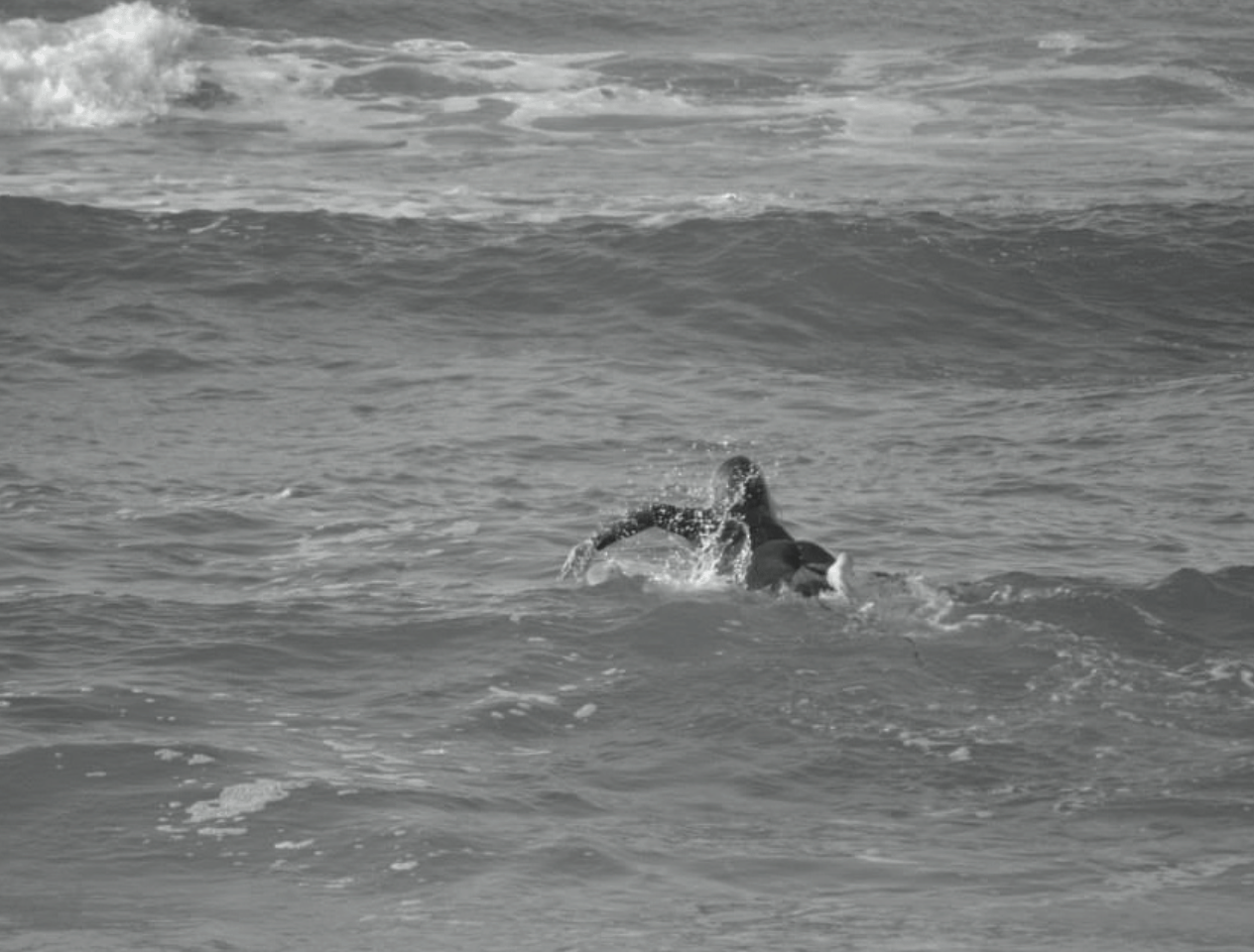 What began as just two friends and a surfboard has transformed into Occidental’s surfing group, “Oxy Shreddas.” One year ago, Eamon McNeil (sophomore) ran into classmate Drew Andersen (sophomore) carrying a surfboard into his dorm room and — according to McNeil — they formed a bond instantly. Their friendship began with surfing and grew out of their common love for the sport. McNeil said he found that surfing can create strong bonds between people.

“It’s brought me closer to Drew than I ever would have thought. Our relationship is almost solely based on surfing,” McNeil said.

McNeil began surfing with his uncle when he was just 5 years old and has been catching waves ever since. Andersen also started surfing when he was young, first receiving lessons from his elementary school teacher at age 8. Andersen dedicated most of his time to other sports until he turned 16 and obtained his license, gaining the independence to surf whenever he wanted.

As soon as Andersen and McNeil started surfing together, they wanted to get as many students involved as possible. The two had the idea of creating a group where surfers on campus could connect and coordinate trips to the ocean. From there, Oxy Shreddas was born. Since Oxy Shreddas is not a formal club through the Office of Student Life, there are no mandatory meetings, no dues and no rules. ‘Shreddas’ is a collective, rather than a club, dedicated to the pursuit of waves. They operate via a private Facebook group, and members surf together when available.

This tight knit group of 13 looks for every opportunity to get in the water together. They head to local beaches like El Puerto and, if the waves are good, will make the trip to further destinations like Malibu. According to Andersen, Tuesdays and Thursdays are ideal because there are smaller crowds. Whenever a ‘Shredda’ plans to surf, it requires waking up at 5 a.m. and running out the door by 6 a.m., putting on their ‘wettie’ (wetsuit) and getting out on the water just as the sun is rising.

When surfing on a school day, Andersen makes sure to return to campus by noon and recalls sitting through many classes with a head of beach hair. Despite their tight schedules, the Shreddas love every moment they can get on their boards.

For many Shreddas, family plays a big role in surfing. McNeil’s family has always been involved in his surfing, and Shredda Shai Goodman* (sophomore) met her best friend on the water. Goodman started surfing when she was 13 and is often the only woman in the water. At first, Goodman found surfing intimidating, but she soon gained a sense of community among other surfers. Before the Shreddas Goodman surfed with friends from outside of Occidental and while she has surfed on her own many times, she finds that surfing with someone else enhances the experience.

Goodman has found that surfers are an encouraging bunch. She still recalls seeing the same guys from years ago, who gave her pointers when she was just starting out and finds it nice that people look out for one another in the water.

McNeil finds that surfing requires a cooperation with nature and awareness of what is happening in the water. The challenge, however, doesn’t keep Oxy Shreddas away from the waves. In fact, Andersen said that surfing has taught him perseverance.

“So many times I’ve gone out and had a terrible session, but I’m always coming back,” Andersen said. “That’s what it’s always taught me: keep trying.”

The drive to improve comes from a respect and love for the craft, rather than for the sake of competition, something that Goodman finds meditative.

McNeil believes that the ultimate dream is to find an internal peace in the water, and to connect with nature through surfing. As both a football and baseball player, surfing is McNeil’s escape from competition and provides him with an escape from school and sports. McNeil said that surfing gives him perspective and allows him to see the world beyond college athletics. He hopes that other people who also find enjoyment in surfing consider joining the group. According to McNeil, the group’s dynamic is relaxed, informal and easygoing. The only focus is on having a good time in the water and these surfers wouldn’t have it any other way.