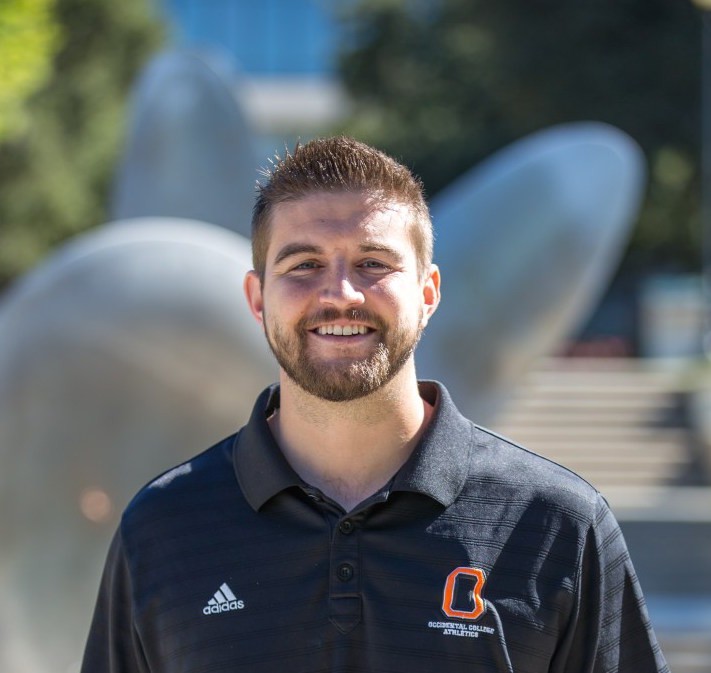 Athletic Director Mike Wells, the athletic department’s swiss army knife, embodies what it means to be an Occidental Tiger.

Born to a pair of former Claremont-Mudd-Scripps (CMS) basketball coaches, Wells has spent virtually his entire life in and around liberal arts athletic departments.

“I joke and I tell people I have 28 years of experience in college athletics because, literally, I was born in it and I grew up in an athletic department where the different coaches and athletic directors raised me,” Wells said. “I didn’t have a ball or a babysitter. The only thing that I knew was a small liberal arts college environment. I was raised by the professors and the coaches.”

As it turns out, Wells’ future found him before he even thought to look ahead. Though he has since grown from a coach’s son to the coach’s most valuable and versatile colleague, Wells approaches his environment with the same youthful curiosity and appreciation that was fundamental to his experience as a wide-eyed kid surrounded by seasoned professionals.

“[Occidental’s] very similar to Claremont. [It] feels like home,” Wells said. “There’s a young, ambitious energy, especially at Oxy, that I find extremely contagious … Walk outside: young, smart people everywhere. Smiling, happy, going to class, sun’s out, coming to practice. It doesn’t get any better than that.”

The sort of vibrancy that Wells so readily cites in his environment has become fundamental to the approach he employs in his day-to-day work. From managing student workers to staffing sporting events, covering softball games to coaching basketball games, announcing football games and having a hand in just about everything else, Mike Wells operates with the versatility of a pocket knife and the ardor of a diesel engine. His colleagues and student employees often rave about his enthusiasm, depicting a sort of feedback loop in which Wells feeds into the richness of his environment by consistently putting his heart and soul into his work.

“Mike’s love of sports, combined with his desire to develop the professional skills of student workers, are definitely key drivers of his work ethic,” Denzel Tongue (senior) said via email. “I’ve been on staff with games management since my [first year], and I feel like Mike has always made me feel welcomed in the space … [He] is definitely a professional person when he needs to be, but he also knows how to have fun and still make the experience enjoyable.”

A testament not only to his upbringing but to how he feels at home within Occidental’s liberal arts-informed athletic environment, Wells doubles as a workhorse in the athletic department and a mentor figure to his student employees.

“[He] is incredibly invested in and passionate about the athletics program,” Anya Conlon (senior) said via email. “It is motivating to get to work for a person like that. With his student workers, he is good at getting students involved and recognizing their strengths and where they can thrive.”

Though he seemingly does it all, Wells does not figure so eager to trade the emotional rewards of his current job for the monetary ones of another.

“I always tell people, you know, in small college athletics, I never think I’ll be a rich person,” he said. “But I’ll never work. I’ll never have a job … It’s tough to beat this place. Outstanding people, outstanding lifestyle. If you’re asking for much more in life, you’re getting pretty greedy.”

And for someone who truly loves what he does and the people at Occidental, Mike Wells has no plans to get greedy anytime soon.