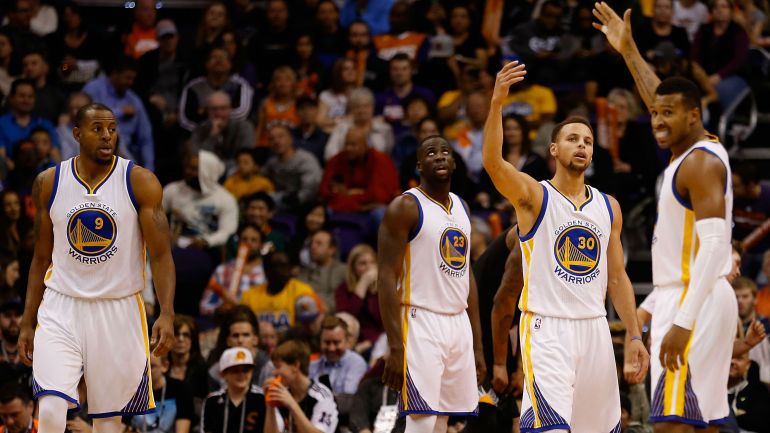 The Warriors 2015-2016 campaign bordered on perfection. The Warriors won a record-setting 73 games and broke more than 25 team and individual records. Stephen Curry won his second MVP award (the first ever decided unanimously), and yet the Warriors failed to snag the most important accomplishment of all: a championship trophy. In one of the most dramatic NBA Finals in recent memory, the Warriors blew a 3-1 lead to the Cleveland Cavaliers, culminating in a heartbreaking game 7 loss.

What was the Warrior’s response to this devastating loss? They signed former league MVP and seven-time all star Kevin Durant.

After winning the first 24 games last season, the Warriors have a mere 8-2 record so far this year. Given the new addition of Kevin Durant, this bumpy start is a shock for many. When I heard that Durant signed with the Warriors over the summer, my immediate reaction was, “if it ain’t broke, don’t fix it.” My feelings were somewhat validated after watching the Warriors lose by large margins to both the Lakers and the Spurs.

During the offseason, the Warriors made several major moves, letting go of key players Andrew Bogut and Harrison Barnes in order to acquire Durant.

Barnes, a pivotal small forward during the Warriors’ past two seasons, admitted that the series loss to Cleveland influenced the front office’s decision to make several personnel changes. Barnes ultimately signed with the Mavericks to free up salary-cap space for Durant.

The decision to add a star like Durant deviates from conventional sports wisdom that urges teams not to tamper with success. But more talent means more wins, right? Well, maybe not.

In an article titled “The Too-Much-Talent Effect: Team Interdependence Determines When More Talent Is Too Much or Not Enough” published in Psychological Science, psychologists hypothesized that there is a “too-much-talent-effect” in sports that requires high interdependence between players. One study within the article examined the relationship between NBA team talent and on-court performance. They concluded that talent and a team’s performance have a positive relationship, but only to a certain point. When top talent reached around 45 percent, team performance began to suffer.

The Warriors added more scoring talent — in the form of Durant — despite already having the NBA’s leading scorer, Stephen Curry, on their roster. Yet they failed to upgrade their rebounding and defense. Zaza Pachulia and David West, two lower-profile additions to the team, both average less than 7 rebounds per game in their careers. The Warriors chose to sacrifice overall depth for pure superstar quality.

Without Bogut, the Warriors lack a strong defensive presence below the basket. Although Draymond Green is still a force in his own right, he is a full five inches shorter and 40 pounds lighter than the seven foot tall behemoth that is Bogut. Damian Lillard, star shooting guard for the Portland Trailblazers, said that the Warriors defense is not the same without Bogut protecting the rim. Earlier this season, the Los Angeles Lakers blew out the Warriors. By scoring over half of their points in the paint, they highlighted major rebounding and interior deficiencies.

The Warriors may have the most overall talent in the NBA — they certainly have two of the best players — but the majority of their talent is stockpiled in scoring. The Warriors have created an imbalance that may very well jeopardize their season.

While the Warriors may continue to score at will, the addition of Durant and the loss of role players may be an example of conventional sports wisdom gone wrong. More talent may have made them a worse team, but only time will tell.

Brody Barkan is a sophomore undeclared major. He can be reached at bbarkan@oxy.edu.