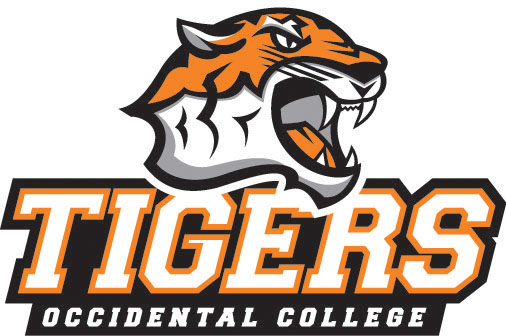 Roxanne Valle, Sierra Slack, Claire Strohm, Melissa Braun and Grace Sponaugle are some of the best athletes in the SCIAC and don the orange and black every season. These are five Occidental athletes you should know.

To call Roxanne Valle a hard worker would be an understatement, according to assistant coach Tyler Yamaguchi. Valle is the only woman on cross country to individually qualify for nationals this year and the first woman from Occidental to compete at Nationals since 2012.

Yamaguchi attributes Valle’s success in the SCIAC to her attention to detail and competitive nature.

“Roxanne is very diligent about her preparation,” Yamaguchi said. “She leaves no stone unturned. [During] little things like pre-workout warmups, she always goes the extra mile,” Yamaguchi said.

Roxanne’s diligence has resulted in extensive recognition in the SCIAC. As a first-year, she received U.S. Track & Field and Cross Country Coaches Association All-West Region and Second team All-SCIAC. Valle was runner-up in the 5,000m at the 2015 SCIAC Track and Field Championships and was the fourth-best women’s 5k runner in school history. Roxanne also placed 142 out of 280 runners in the 6k at Nationals.

Claire Strohm has been a leader on the volleyball team since her first year at Occidental. An outside hitter, she was placed on the SCIAC Second Team in 2015 as well as 2016. In 2015, Strohm was third in the SCIAC in kills per set (3.54), and 10th in service aces (18). Although limited by her shoulder injury, Strohm worked to develop other aspects of her game. This past season Strohm led the Tigers in kills per set (2.74) in all 25 matches, digs (247) and aces (34).

“I think acknowledging your weaknesses and knowing that my shoulder wasn’t very good, I knew that my defense, my passing, being more of a shots player on offense was more beneficial to me and that was how I was going to help my team the most,” Strohm said.

Although Strohm’s injury set her back, she commits herself to a regimented workout and physical therapy plan.

“I put in a lot of work each summer lifting and running and being regimented about my off the court skills,” Strohm said.

Strohm’s diligence and work ethic on and off the court have impressed head coach Heather Collins.

“[Claire] understands the many facets of the game and strives to better herself and those around her, each and every day,” Collins said.

Strohm stays busy in volleyball’s offseason as a member of the track and field team, where she competes in the high jump and the long jump.

Slack, an attacker from New Jersey, has been taking the SCIAC by storm since the moment she walked on the field. She has racked up numerous awards, including First Team All-SCIAC, SCIAC Newcomer of the Year and First Team All-West Region in 2015 as well as Second Team All-SCIAC in 2016. According to head coach Stephanie Mark, it is Slack’s love of lacrosse, ability to work with others and seasoned stick skills that have led to her success.

“It is ultimately about her love of her teammates,” Mark said. “She is a player that other people can play off of. She is easy to get along with and fun to be around, which cultivates a positive environment that makes people feel comfortable.”

Slack, recently named captain, has been working hard in the weight room and at captains practices with an end goal of winning a SCIAC championship.

“My success is owed to my teammates and coaches. They are my support system and the people who push me to get better every day. We work hard for each other and a goal that is bigger than ourselves,” Slack said via email.

Although Slack dominated the SCIAC in 2015, rival schools heavily scouted her in an effort to stymie her offensive production in 2016. Regardless, Slack had 40 goals and 21 assists. She added up 49 ground balls and 39 draw controls this season.

Melissa Braun is fearless, according to Yamaguchi. The sophomore pole vaulter from Santa Cruz, Calif. has already made it into the all-time record book at Occidental, despite only competing in one season.

Braun, who has cleared 11 feet, 6.5 inches in the pole vault, is currently an All-Region selection for track, and is working on clearing 12 feet in the spring. Braun’s love for vaulting is constantly inspiring her teammates, according to fellow vaulter Sumner Schwartz.

“Melissa truly loves the event and it’s awesome to have teammates with that passion and fanaticism,” Schwartz said via email. “Sometimes when you vault you miss and land on your [backside]. It hurts because the ground’s hard. She always bounces back up and inspires the rest of the squad to do the same.”

Due to pole vaulting’s high physical and mental demands, fear prevents many vaulters from reaching their goal heights. According to Yamaguchi, fear won’t be an issue for Braun.

Grace Sponaugle arrived on campus this fall as a transfer from Division I University of Oregon. In her debut season for the Tigers, she took home First Team all-SCIAC honors despite a knee injury in one of the team’s first games. Sponaugle, who has been widely regarded as one of the best defenders and players in the SCIAC, has utilized her role as a center back to take command of the defense and step up as a leader on the field.

“Grace is strong, physical and competitive, shows composure and calmness under pressure, excellent positional sense and confidence in bringing the ball out of the back to build the attack,” head coach Colm McFeely said via email.

Although Sponaugle enjoyed the competitiveness of Division I soccer, she eventually realized that she wanted a life and education outside the sport.

“Playing DI was a really good experience and something I had worked my whole life towards,” Sponaugle said. “I realized though that I really didn’t want soccer to continue to be the main aspect of my life because I had a lot more interests.”