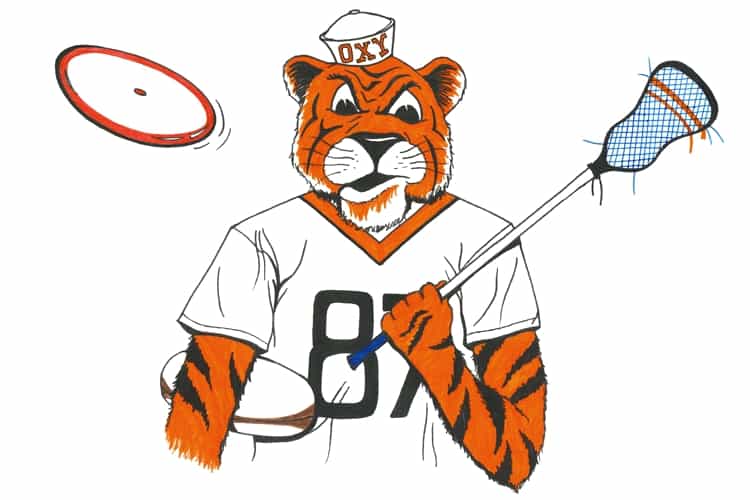 Whether a student has been playing sports since sixth grade or has never touched a ball, club sports at Occidental provide anyone interested in athletics with the opportunity to play men and women’s rugby, frisbee or men’s lacrosse without the commitment of a varsity sport. Though they do not have the same funding, recruiting resources or coaching that their NCAA counterparts enjoy, club sports provide a competitive environment for Occidental students to challenge intercollegiate opponents. This spring’s club sports have games as early as Feb. 7 and as late as Apr. 8.

Will Ayres (junior) and Samir Gangolli (sophomore) are teammates on the men’s rugby team. Neither had played rugby prior to coming to Occidental. Ayres came into his freshman year hoping to play for the Occidental baseball team, but realized his chances of getting playing time were slim. After hearing about the rugby team from a friend, Ayres decided to try it and immediately got playing time. He has been with the team ever since.

For the entire team, this season brings the 52nd annual matchup between Occidental and its biggest rival, Loyola Marymount University. According to Ayres, it is the oldest rugby rivalry west of the Mississippi.

Ten seniors graduated last year, but Gangolli sees this as an opportunity for everyone to rise up to the task at hand, rather than as a detriment to the team. Ayres and Gangolli love the option of playing a sport at a high level, without the commitment of a varsity sport.

Luis Torres (sophomore) began playing ultimate frisbee when he got to Occidental. Torres feels that ultimate frisbee is an underrepresented sport, and it was after joining the men’s ultimate team that Torres began to learn the techniques, plays and rules of the sport. For Torres, club sports offer an organized, competitive sports environment for people to grow and bond with each other.

The team has traveled to the east coast, Arizona and Las Vegas all out of pocket, since the school does not fund the team to sufficiently make those trips on its own. While he admits that the time commitment is not that demanding compared to varsity sports, Torres says that the team pushes each other.

Iris Smith (sophomore) also values the community aspect of club sports. Having played soccer most of her life, being on a team is something she was not only used to, but also enjoyed. Her friends in the “Eco Feminists” quad on campus convinced her to give rugby a try.

She joined at the end of last semester, and enjoyed it enough to continue playing.

“I like the team aspect of it,” Smith said. “It’s an instant community and an instant support group, and it’s nice to be able to work together towards a common goal, towards something where you can actually see us getting better, and learning how to work with each other.”

The women’s team has an Instagram page where they keep their followers updated on season highlights, fundraisers and games. Included are pictures of the team warming up for games, videos of intense training drills and fun, candid team moments.

Jonathan Howard (senior) joined the Occidental Men’s Lacrosse team his freshman year after playing lacrosse throughout middle school and high school. The group was established in 1968, and is part of the D2 Southwestern Lacrosse Conference of the Men’s Collegiate Lacrosse Association (MCLA). Since it is his last season playing men’s lacrosse at Occidental, Howard is pumped for the games to begin.

“What I’m looking forward to this season is kind of just having a complete team,” Howard said. “We have a goalie, everyone’s back from being abroad, and we got a couple of really good kids from back east from right around where I live.”

While the experience levels of different players vary across the playing field, club sports give students the opportunity to compete with a team without the intense pressures of varsity sports. The club season promises nail-biting matches all around and has officially begun.