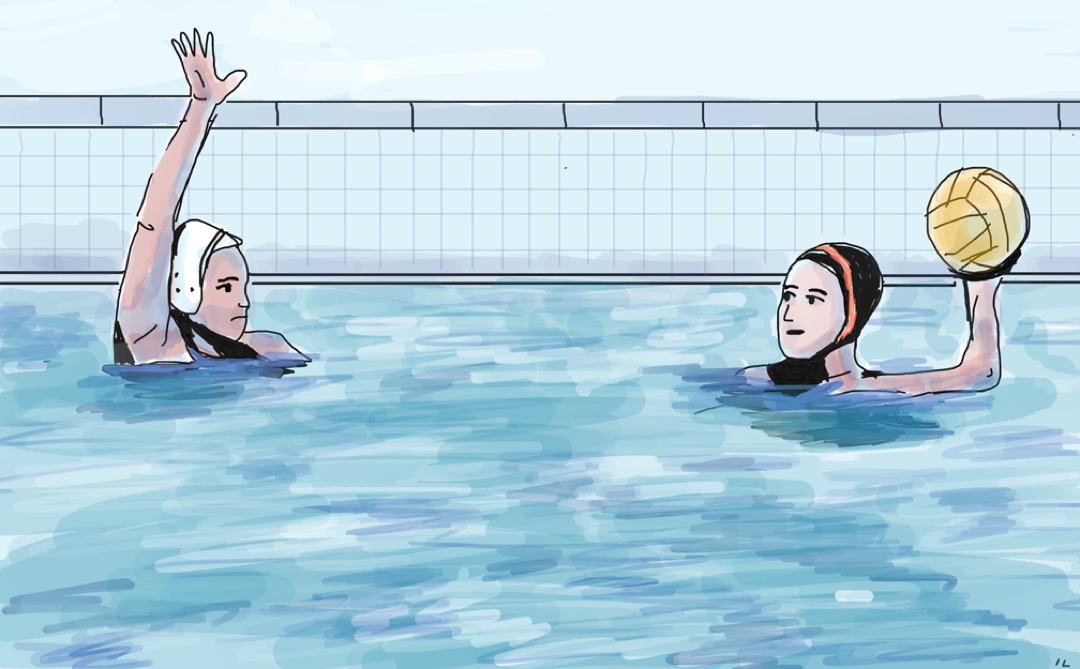 The Occidental women’s water polo team played against a trio of top-ranked NCAA Division I teams this past weekend at the UC Davis Aggie Shootout. The women played UC Davis on Saturday (19-4) and Cal State Bakersfield and San Jose State on Sunday (14-3, 20-3).

When asked about the tournament, goalkeeper Anna De Groot (senior) and attacker Zulema Iboa-Garcia (senior) said they were glad they had made the trip, though they mentioned the difficulty in competing against Division I schools.

Iboa-Garcia noted the heightened competitive atmosphere and large numbers of fans. Early in the season, this enhanced atmosphere allows the team to get used to a more serious attitude in preparation for SCIAC opponents.

“Until you’re in a game scenario, you don’t get it,” Iboa-Garcia said.

De Groot mentioned that having a small roster of 11 forces the Tigers to put in double the work of their opponents. UC Davis and San Jose State both have team rosters of 25, while Bakersfield has a roster of 21. When treading water, defending or attacking opponents and keeping track of the play at hand, the difference between four and eight minutes can be exhausting.

Roster size does not just affect games, though. It takes seven players to make a team, so a scrimmage in practice requires some ingenuity on the part of interim head coach Jack Stabenfeldt and assistant coach Nanea Fujiyama.

“Sometimes the guys get in, sometimes [coach] Nanea [Fujiyama] gets in,” Iboa-Garcia said.

Beyond the smaller roster size is the contrasting play styles in men’s and women’s water polo.

While a small roster limited the Tigers in their games in Davis, neither De Groot nor Iboa-Garcia regretted their trip north.

This past weekend the Tigers were broken down, tired and outnumbered, but they were also able to improve many facets of their game. Competing against teams like Cal State Bakersfield and St. Francis University has prepared the team for the fast-paced style of Division I opponents.

De Groot mentioned that playing a team with upwards of twenty players gave the Tigers perspective in just how much work they do in a single game. Though short-handed, the team looks to apply the lessons learned from a tough weekend going into SCIAC play. The Tigers will take on Cal Tech at Haldeman Pool March 3 in Claremont .