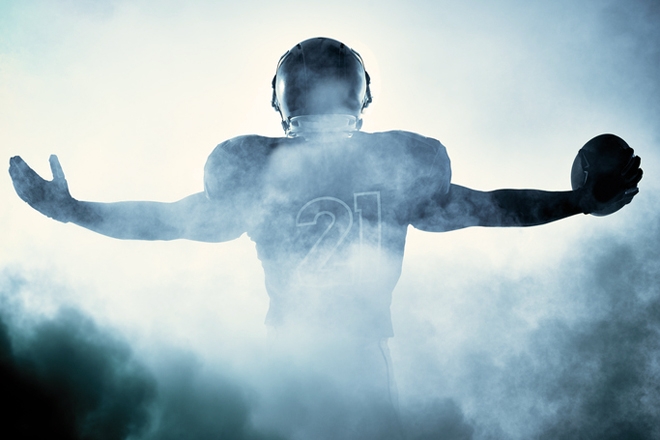 After games, whether lost or won, players can be all-consumed with feelings of satisfaction that linger far after the last play. At the end of the season, after months of stress on the body through repeated workouts, adrenaline rushes and investment in the competition, the serenity of the game carries on in the mind for the rest of the year. Faith is most evident when reflecting back on those moments where the player quickly recited a silent prayer before the last seconds of a tied game or when they had the chance to meditate on a sunrise during an early practice. At Occidental, more than 70 percent of students participate in athletics in some form but only 17 percent are involved in spiritual life.

The InterVarsity Christian Fellowship’s athletic small group, a prayer group of around 20 members, was started by Caleb Betts (junior) two years ago and is now led by Betts and Christian Clark (junior). They host meetings every other Monday. They started the group to create an environment where athletes could discuss issues as well as come together and use the Bible to guide them through their lives.

“People bring all sorts of issues and concerns into the room at the beginning of our meetings, issues ranging from school-related stresses and anxieties to struggles more prevalent in the athletic community. We meet as a community of athletes who, above all else, believe in the transforming power of Jesus Christ to strengthen us to overcome the challenges faced in our lives, both internal and external to ourselves,” Betts said.

The athletic small group has shaped Clark’s life as well, especially regarding sports. As an Occidental football player, Clark’s involvement in spiritual life has changed the way he builds on his sport.

“I’ve begun to see my role on the football team as a chance to be a larger part of my teammates’ lives. It’s a way for me to build relationships as well as demonstrate and spread my love for God with others,” Clark said.

For other attendees of the athletic small group, the meetings are a safe space to ask fellow members to pray for them in regards to an injury or a fresh perspective.

“There is a palpable difference in people’s expressions when they leave our small group sessions, not because of anything Christian and I ourselves are capable of doing, but because we have simply facilitated a space for athletes to engage in conversation on the truth of scripture, and to experience the joy of fellowship,” Betts said.

Brendan Galbreath* (first year) attends the InterVarsity athletic small group on a regular basis. His experiences with sports and faith have inspired him to began an individual Bible study for his baseball team.

“I wanted to create a Bible study before our doubleheaders, I think it’s a good chance for the team to reflect before a big day. When I attend a small group or Bible study with a teammate, that person becomes someone I feel like I can go to about everything,” Galbreath said.

Both Clark and Galbreath said that the skills they built in both their athletic endeavors and spiritual life have directly impacted their social and academic relationships.

“In baseball, the team is constantly referring to the grind that defines how much work we put in day in and day out. It sometimes you feel like you aren’t getting anything out of the day. The truth is that it takes time and each day is part of a bigger thing that will pay off eventually. It is the same with studying and building relationships,” Galbreath said.

In discussions at the small group meeting, Clark has helped members use sports as a way to dive deeper into their spiritual life.

“I often tell people that similar to weightlifting in sports, developing a good work ethic in religion takes discipline. When you [lift], you challenge yourself by adding weights each time. In the same way, I like to challenge myself in religion by reading the Bible, listening to spiritual verses, and pushing myself to do more for God. I’ve realized the more that I train myself spiritually, the more confident I feel do things in other parts of my life,” Clark said.

The InterVarsity small group is one of the ways athletes on campus have been able to incorporate their religious beliefs into their hobbies. However, for many athletes, finding a spiritually inclusive environment in the athletics has posed a challenge.

“It is sometimes difficult to do what you need to do in accordance with your faith because people don’t always understand the differences of other religions than their own. There aren’t many Sikh athletes who play at the college level which sometimes gives you a feeling of otherness,” Jeevin Sandhu (sophomore) said.

Even without the luxury of a strong religious community, Sandhu has found a way to incorporate his own beliefs at practices and games.

“I always pray before every game. I consider my opportunity to play basketball at this level a blessing. For me, and for all athletes, our bodies are so important in what we do, because of that I always pray that I will stay healthy,” Sandhu said.

Beyond health and fitness, sometimes the connection that sports have with spirituality is overshadowed by the competition and the hectic schedule that comes with athletics at the college level.

“Basketball has definitely been outlet for me to get away from outside worries. However, in college basketball, it is sometimes the cause of the stress. When you aren’t doing well or your team isn’t doing well, the outlet becomes a negative aspect of your life. I think I turn to faith in those times,” Sandhu said.

*Galbreath is a Weekly staffer.