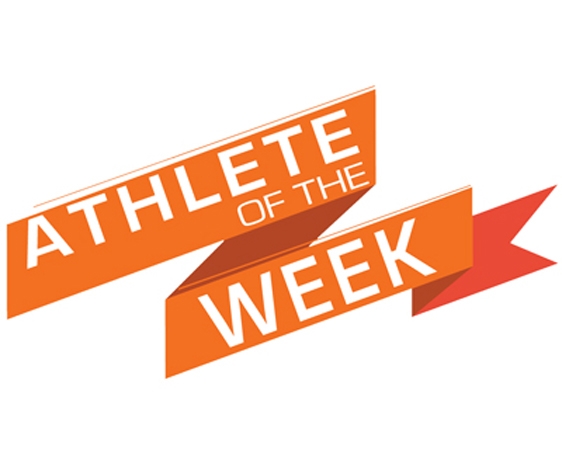 Degnan recorded the furthest javelin throw in the nation at the Redlands Invitational with a distance of 41.34 meters. The psychology major and former Occidental volleyball player underwent a different routine at the Redlands Invitational as two of her events were scheduled together, preventing her from getting a warm up. Degnan took the adversity as a positive, seeing it as a way to keep her from overthinking. Instead, she relied on her instincts. Degnan’s coach, David Foley ’12, also offered words of encouragement.

“He came up to me right before I threw and said ‘I’m putting good vibes into this javelin,’ and I figured if Dave thinks I’m gonna throw well, then I probably will,” Degnan said.

Foley’s “good vibes” seemed to have helped not only Degnan, but her other now nationally-ranked teammates as well.

Pegan, a math major sprinter for the Tigers, recorded the third-fastest 200 meter time in Division III this season (21.84 seconds), and took part in Division III’s fastest 4×100 relay of the season with teammates Chris Rom-Toribio (sophomore), Keane Collins (first year) and Kyle Dalton (senior). The win came as a surprise to Pegan.

“The funny thing is I thought our [4 x 100] was terrible. Our handoffs were sloppy and it felt really slow … Once we clean up those transitions I think we’ll be really competitive,” Pegan said.

Pegan attributed his personal success to the Tigers’ coaches, noting that they understand the importance of rest and simplicity when trying to perform at the highest level. Pegan also joked that the root of his love for sprinting stems from his love for tag as a kid, implying that the running never stopped — it just became more organized.