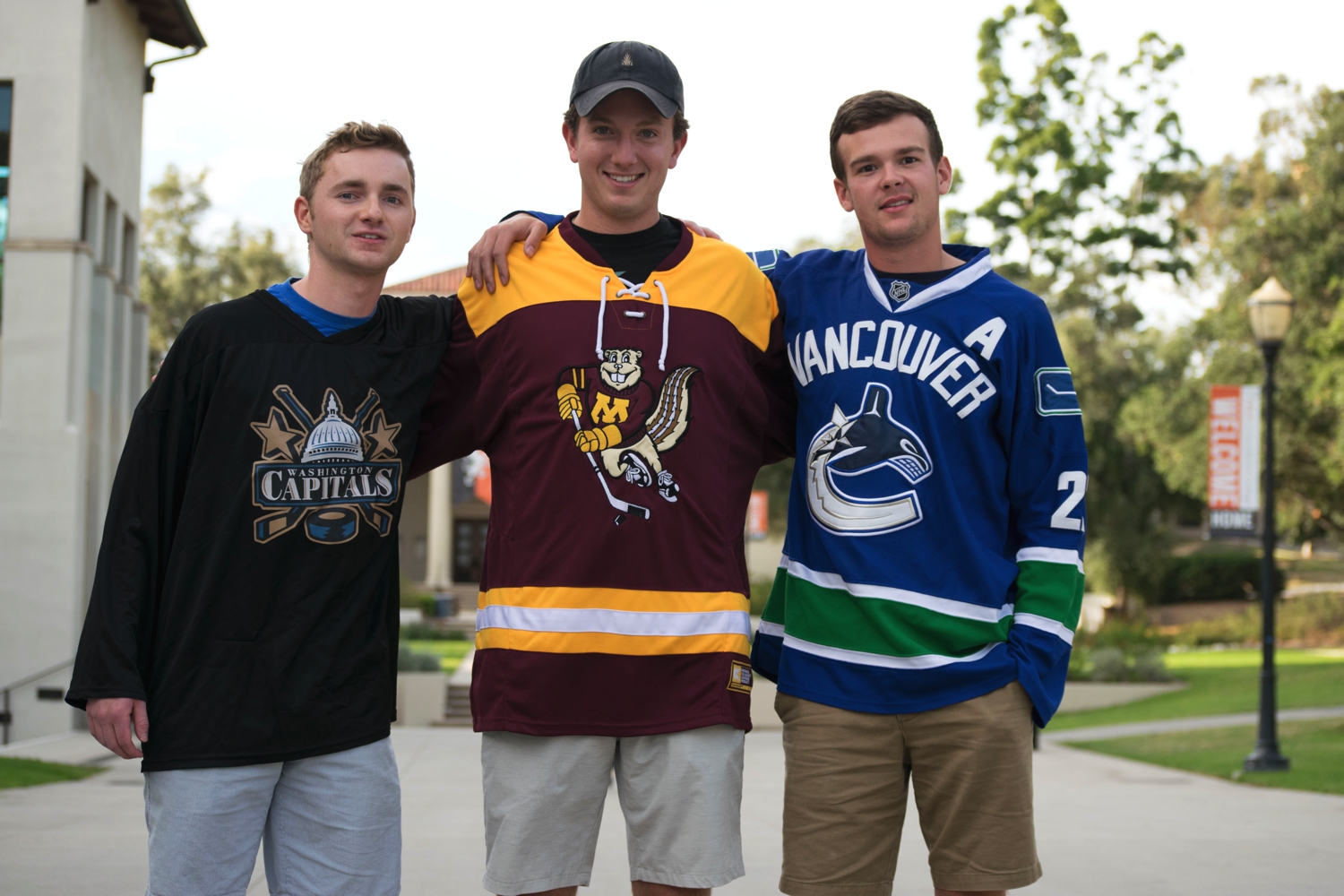 Less than a year ago, Spencer Raub (sophomore), Occidental men’s club ice hockey team president, set out to rebuild the team. Now, Raub is gearing up for the team’s first season back as an official club sport. The hockey team’s season — which runs from September to February as a part of the American Collegiate Hockey Association (ACHA) Division 2 — has already begun with Tuesday night practices at the L.A. Kings’ Valley Ice Center in Pasadena.

“This semester is more of feeling out playing as a team and working out the process of how much funding we’re going to need, setting things up for the next couple of seasons, like of what rink we will play at and who we will play,” Raub said.

As a new addition to the league, the team will play as an exhibition team, according to Raub. As an exhibition team, they are ineligible to make playoffs this season and do not have a schedule set by the league; instead, they schedule their own games. Currently, the team has games in October and November against Chapman University and California Lutheran University. Raub hopes to join the Pacific Collegiate Hockey Association (PCHA), a conference within the second division of the ACHA, to play teams such as University of California Santa Barbara, UC Davis and Santa Clara University.

According to Raub, funding for jerseys and ice time has come from a mix of sources. Some of these sources are players’ dues, alumni donations through Occidental’s GiveCampus site and a fundraising site built by the coach, David Harrison, with apparel for sale featuring the team’s logo that Raub designed.

Although the team has officially made it into the league, the roster numbers are barely making the cut with only eight skaters and one goalie as of Sept. 20, according to Raub. The team is slowly gaining more players as Raub reaches out to students through Facebook groups and spreads the word on campus. Two skaters who double as football players are scheduled to begin practices as soon as their football season ends, according to Raub.

“We’re in the development stage right now and keep gaining new players,” team captain Jack Dayton (senior) said. “Technically for the league, we have enough players, but eight or ten skaters is not enough to play game.”

Goalie Emerson Smith (senior) draws from his past experience as president of Occidental’s men’s lacrosse to assist Raub with the logistics of running a team, but both he and Dayton credit Raub with legitimizing the club.

“I’ve played lacrosse all during my time at Oxy but I’ve always liked hockey better, and think it’s great that [Raub] has created this team practically out of thin air,” Smith said. “He’s had to tackle everything from scheduling ice time to writing a constitution, and hockey is pretty unique in that you can’t just all get together and play, you have to really plan ice time. It’s all very organized.”

While the team has had only a few practices thus far, team camaraderie is building on and off the ice. According to Raub, the team wants to be able to take their games seriously and still have fun.

“I want us to have as much fun as possible as our first year back as a club on campus,” Dayton said. “When it comes to games, we want to take them seriously but also find the balance between playing serious hockey and knowing we’re, playing a club sport and want to have as much fun as possible. Everyone wants to just play as much hockey while we can.”

After three years of not being able to play hockey at Occidental, seniors Dayton and Smith are both excited to be a part of a hockey team again.

“I’m so happy and excited to have a team,” Dayton said. “We’ve been talking about it for a while but I give a lot of respect to [Raub] for all of the work he’s put in over the past year, getting alumni involved and sports funding. It is especially great that he is a sophomore and still has two more years to keep the team going.”