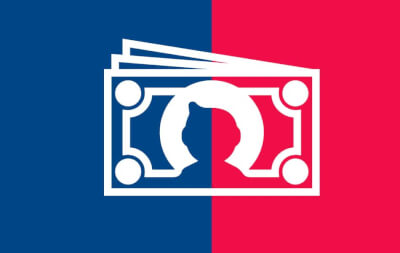 Say what you want about the speed of the game, but Major League Baseball’s offseason is without question the most exciting. While teams in other sports have to balance between signing superstars for big money and finding role players on the cheap, baseball teams can throw however much money they want at whomever they want. Why do you think that baseball teams have more continuous success than other sports (see the San Francisco Giants between the years 2012–2016), except in a few cases (looking at you Golden State Warriors, coincidentally also a Bay Area team) It’s because baseball doesn’t have the one thing the other three major sports do: a cap.

Funny, right? The only North American professional sport that requires its players to wear a hat doesn’t have a salary cap. For those unaware of what the term “cap” means outside of its conventional use, a salary cap is in place to make sure teams can’t sign multiple superstar players for ridiculous amounts of money, leading to more parity in the league. Yeah right.

Is it parity when Kevin Durant purposely takes a pay cut in order to keep the Warriors’ super team together? Or when Steelers’ defensive stalwart James Harrison signed a veteran’s minimum contract with the Patriots in a bid to win one last Super Bowl before he retired (Fly Eagles Fly)? Instead of hiding behind the guise of “parity,” the other three major leagues should just join MLB and eliminate the salary cap.

Of course, baseball isn’t some post-apocalyptic wasteland where the wealthiest teams prey on the low payrolls of small market ball clubs — although with the Yankees and Red Sox it sometimes feels that way. There is a luxury tax, implemented not to impede teams from spending money as they see fit, but rather to give them pause. The gist of it is that a tax is decided upon at the beginning of the season by the commissioner’s office, and teams that exceed the tax in terms of their payroll will pay a premium.

Now, you’re probably thinking, “But doesn’t that mean the wealthiest teams have the best chance at acquiring the best players?” and the answer to that is a resounding yes. Small market teams will have trouble competing for top free agents with big market teams, but who cares? The world of sports is a business, entertainment for the fans. I didn’t go to Eagles games for 14 years because I liked who I was sitting next to. I went to watch some of the most athletic people in the world compete against each other for hours.

Today you can watch Aaron Donald of the Los Angeles Rams sack the quarterback four times a game. But imagine if you could watch Donald terrorize offenses with Khalil Mack, Fletcher Cox and Von Miller at the same time. Imagine a Pro Bowl, but it’s every game. How incredible would it be to watch Kyle Lowry feeding Lebron James and Kevin Durant on one end of the floor, and then see Kawhi Leonard and Joel Embiid smother teams on the other end? Or watch Claude Giroux and Connor McDavid set records for assists and goals in a season, respectively? The possibilities are endless, and all that needs to happen is a complete and total disregard for small market teams. But, that’s okay, right? I mean, these athletes aren’t people, just commodities for our entertainment. I’m the consumer, shouldn’t I be able to get what I want?