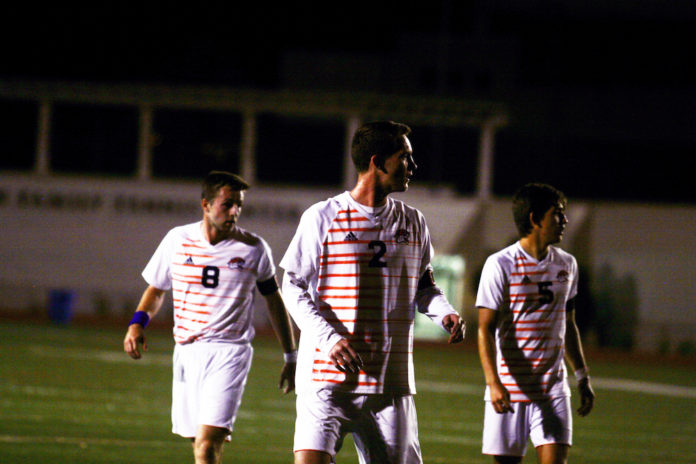 Occidental’s men’s and women’s soccer teams reached the SCIAC playoffs this year before ultimately falling in the tournament semi-finals. These performances continued a stretch of dominance for both teams from last year, which saw the men reach the tournament finals and the women go one step further, winning the SCIAC championship and playing in the NCAA national tournament.

The men’s and women’s teams finished with identical 7–4–1 conference records and were both only defeated by the eventual SCIAC champions Claremont-Mudd-Scripps (CMS) on the men’s side and Pomona-Pitzer on the women’s side. Rod Lafaurie, head coach of the men’s team, said the team’s similar trajectories were somewhat of a mystery to him.

“You know it’s funny, Colm and I don’t really talk about what we do within our programs,” Lafaurie said.

Colm McFeely, head coach of the women’s team, said he was happy that both teams happened to be successful at the same time.

“It’s great for the Oxy soccer culture that our men and women are getting positive results and growing year by year — long may it continue,” McFeely said via email.

The parallels continued in the all-conference honors, where each team saw three players recognized. On the men’s team, Adrian Paredes (sophomore) earned first team All-SCIAC honors while both Riley McCabe (senior) and David Paine (junior) were named to the second team. The women’s team saw two players make it into the first team All-SCIAC with Caroline Kearney (sophomore) and Chiara Serafini (first year) as well as Anaise Nugent (first year) earning a spot on the second team.

The men’s team finished with an overall record of 10–6–4 when their season ended after a 2–0 lost to CMS, a result that, according to Lafaurie, was fairly reflective of the game.

“It’s always disappointing to not win any game, playoff game or not,” Lafaurie said. “I think the truth is that on the night, Claremont were better than us.”

Similarly, co-captain Ben Simon (senior) said he was not too hurt by the result.

“While we always wanted to make it further, at the end of the day, I’m very happy that we were able to get to that point, considering how we started,” Simon said. 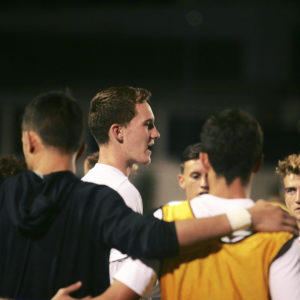 The men’s team rebounded from a 1–4 start to conference play after a 2–1 loss at Pomona-Pitzer Oct. 2 to earn themselves a spot in the post-season tournament. The Tigers finished the regular season with a run of eight games undefeated, a streak that Lafaurie said was one of the highlights of their season.

“I think all of those games stand out because of the mentality, the growth, the grit, all those things that we displayed,” Lafaurie said.

On the women’s side, the team finished with an overall record of 11–5–1. McFeely said he was proud of his team’s performance in a season that was always going to struggle to live up to the enormous achievements from the year prior.

“Reaching the post-season conference tournament again after winning it last year showed a performance level that was consistent and competitive in just about every game, and that’s something that we take pride in,” McFeely said via email. “I also think we will be honest enough to say that the season ended in a way that we’ll reflect deeply on and take on board, so we can grow and get better between now and next season.”

Both coaches said they were immensely grateful for the contributions made by the departing senior class.

“Each has contributed in different ways, had highlights and tough times too, and it is to their credit that they persevered through the days when it would certainly have been easier to quit,” McFeely said via email.

With the season now in the books, Lafaurie said that while his focus is already shifting towards next year, he is grateful for the team’s effort in 2019.