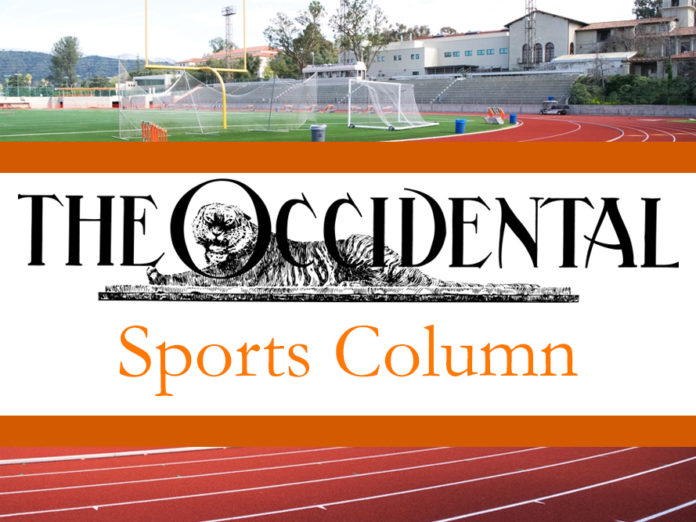 The first draft of this column was about Italy canceling all professional sporting events in the country due to the outbreak of the coronavirus, something no other country had done until that point. Now, look where we are. Professional sports in North America, and much of the world, are suspended. As March turns into April and both March Madness and the beginning of baseball coincide in what is one of the best sports weeks of the year, sports fans should be gearing up for the NHL and NBA playoffs. Instead, they are met with stay-at-home orders, and no sports to watch during it. Athletes are the role models we need now more than ever — and they have stepped up.

In the MLB, NHL and NBA 69 of the 91 teams have, in some way, promised compensation to those working at sports arenas. Obviously with no games to be played, arena workers would be looking at no income during a time when the need to buy supplies is becoming increasingly necessary. For some teams, players donated money; for others, ownership led the way with payment plans or financial assistance for hourly employees. MLB teams went above and beyond almost any other by each pledging to donate $1,000,000 to ballpark staff. But the most astounding was Carolina Panthers’ owner David Tepper donating almost $3,000,000 to coronavirus response.

Beyond money, athletes have been using their platform for spreading positive and impactful information. Often, it can be easy for people with a wide platform to spread misinformation — think Gwyneth Paltrow and her “Goop Lab.” Especially now, with a relatively unknown virus and a government leading the world in unpreparedness in developed countries, athletes spreading knowledgeable and helpful information to the public is vital to maintaining some kind of order. With 15 active cases currently in the NBA, basketball players have been taking the opportunity to stress the importance of following the guidelines set by health officials to remain safe. There are certainly instances of athletes not making the best decisions with regard to the virus, such as Utah Jazz center Rudy Gobert touching every microphone at his media availability session and then testing positive two days later, but Gobert recognized his mistake and made it clear he took the spread of the virus very seriously. Maybe he changed his tune for his own benefit because he became infected — but regardless, spreading correct information can never be frowned upon. This is especially the case when the United States’ government has so extremely dropped the ball not only on educating the public, but also on preparedness for the incoming surge of cases that was guaranteed to hit the country.

In a time of widespread panic, it is reassuring to see the sports world provide support. Sports can bring people together through common ground, and right now, many need that. Maybe a bumper sticker or a shirt could convince someone to share that last package on the shelf with someone else, and people can try to help each other when help is needed most.