Ellie Findell (senior) sent a campus-wide email Sept. 13 inviting students to join her on a hike, not expecting much of a response. Findell said she was surprised by the interest her email garnered.

“I had never gotten that many texts in such a short period of time. I probably had, like, 50 people texting me in like half an hour, and a bunch of emails too,” Findell said.

This sparked the creation of Occidental’s new unofficial hiking club for hikers of all levels, a group with over 170 student members.

Stephi Howard (senior) said she decided to join her friend Findell on the first hike Sept. 18. According to Howard, Findell was pleasantly surprised by the response.

“[Ellie] thought it was just going to be at most five or six people,” Howard said.

Nick Escobar (senior), a student who joined the hiking group, said he was excited to do so.

“I’ve always enjoyed hiking wherever I am. So, it seemed like a natural thing to join,” Escobar said.

The group is not an official Occidental student organization since they are not registered with the Student Leadership, Involvement and Community Engagement (SLICE) office. Instead, it is an informal way for students to find a community through hiking.

The first hiking trip was in Topanga State Park, according to Findell. According to Howard, the trip was great for completely inexperienced hikers, so students who have had less experience with outdoor activities were able to participate as well. 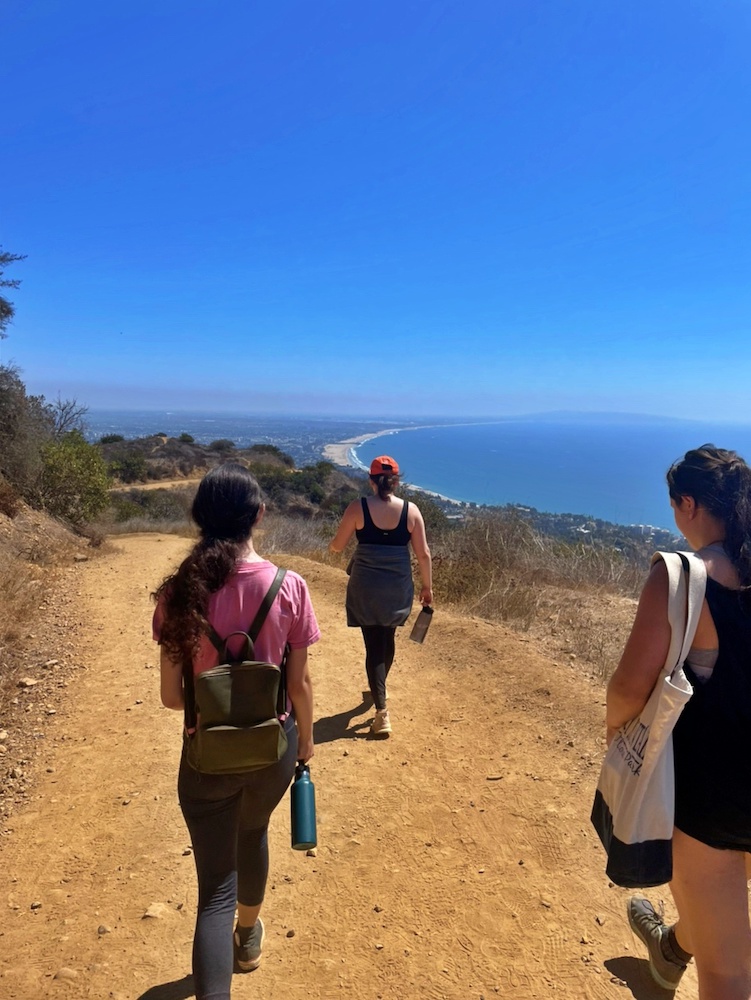 Escobar said it was easy to find a ride and participate in the trip.

“The guy who I went with just said in the group chat, ‘Hey, this is my number, I have a car.’ And I reached out to him,” Escobar said.

There were two groups of about seven people, which, according to Findell, then split into smaller hiking groups as they started to hike up the mountain. Although many of the hikers had not met before or did not know each other very well, Escobar said that it was nice to get to know some new people on campus.

“We met out by the bookstore, at the tables, and got acquainted with each other, and just headed off. Hiking is a great chance to get to know people,” Escobar said. “I’ve hiked with people I don’t know before, and it’s always fun.”

According to both Findell and Escobar, the trip was a success, and they are both looking forward to future outings. Additionally, according to Findell, hiking and being outdoors both have mental health benefits.

“It’s really just a thing that helps me take a break. It’s almost like mindfulness for me in a way,” Findell said.

According to Findell, the hiking culture in LA is unique because of the outdoor spaces located within the metropolitan area.

“I think it allows me to both be in a big city, and also totally escape the big city, and I love that. The hiking community to me in LA seems like it’s so incorporated into LA itself — everyone goes hiking,” Findell said.

Howard said she enjoyed the experience of feeling like an LA hiker.

“I definitely felt like an influencer [on the hike] because there were a bunch of very influencer-looking people near us, and I’ve always heard about LA hiking so it was fun to actually hike in LA. I felt like I was fitting into a fun little stereotype,” Howard said.

As an experienced hiker from Minnesota, Findell said she has always used the outdoors as a stress reliever and a way to refocus herself.

“School can be stressful, and I found that just being outside really helped me just take a break and focus on getting to that next point, getting to that lookout,” Findell said.

Findell said any students who are interested in joining the hiking group should reach out via email.