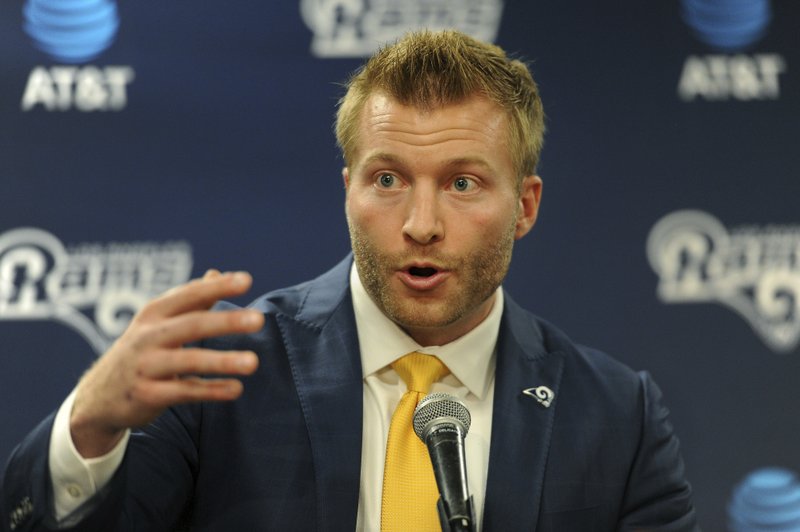 The Los Angeles Rams of the National Football League (NFL) have shot out to an 8–3 start and look as though they will be contenders when the playoffs arrive. Having had a disappointing season last year, finishing with a 4–12 record, are the Rams really a changed team, or is a collapse coming? As much as I’d love to believe the Rams are the real deal, I’m still unconvinced.

As I sat in the Los Angeles Memorial Coliseum Nov. 12 for the third time this season, to witness the Rams’ win over the Houston Texans, I noticed some clear improvements. Having previously seen the Rams’ home losses of the season, it was nice to finally consider them as playoff contenders, as it seemed clear from those two prior performances they were not.

For starters, a respectable number of fans came to the Coliseum — a vast improvement from earlier in the season when turnouts were embarrassing and Rams jerseys were few and far between.

The team is attempting to reestablish itself in a city it left over 20 years ago. Many Angelenos have remained faithful to the team since it moved to St. Louis, Missouri in 1995. The team’s success this year has been a welcome surprise. In L.A., most NFL fans already have a team they root for and the Rams still trail the University of Southern California (USC) as the most popular football team in town, but Rams quarterback Jared Goff feels the team may be starting to win people over.

“We’re still new, we’re only two years into being in L.A., it’s still building, that fan base, but I think today may have taken that next step,” Goff said to the L.A. Times.

The Rams seem much improved on the field, too. Having seen two tightly fought losses, this time the Rams pulled away from their opponents early in the second half and didn’t look back.

Against the Texans, the team’s young and explosive offense led the way, as they have been doing all season. Second-year quarterback Goff leads the team but is supported by one of the league’s best running backs, Todd Gurley II, and an impressive group of underrated receivers that were cobbled together from drafts, signings and trades. Most of the credit, though, ought to go to rookie head coach Sean McVay.

McVay became the youngest head coach in NFL history when the Rams hired him following last season’s disappointment, at just 30 years old. What he has accomplished since taking over is astonishing. McVay has turned the team around to a point where, nine weeks into the season, they already have as many wins as they had in total last year.

The Rams aren’t a team that relies on exceptional athletes making extraordinary plays to be successful. Instead, they consistently execute McVay’s well-designed plays and opposing teams have struggled to come up with an answer. His genius and youthful exuberance will stand the team in good stead for the future, even if the Rams do fail to capitalize on this promising start to the season. McVay has quickly won over a number of plaudits including Bill Plaschke, an L.A. Times sports columnist.

Sadly, I don’t feel all these positives will be enough for this year’s Rams team to make a meaningful run in the playoffs. The Rams impressive record has been padded by facing many of the weaker teams in the league, a trend that won’t continue.

Furthermore, the team’s jaw-dropping offensive plays, such as Goff’s 94-yard touchdown to Robert Woods against the Texans, often cover up some basic mistakes that still litter their game.

Many of these mistakes can be attributed to Goff who, despite appearing a changed man this season, carrying out McVay’s masterpiece-like plays, is not world’s apart from his play last season where he was widely criticized for not meeting expectations and at times seemed lost out on the turf. While the young quarterback has finally flashed his potential this season he’s still a long way from the finished product and one has to doubt whether he’ll be able to perform in higher-pressure match ups against better teams that are sure to be in store for the Rams in the near future.

The Rams are an impressive team, and virtually no one anticipated that L.A. would have a team (not the Chargers) to cheer for at the start of the season. What’s more is the Rams have genuine history in Los Angeles. While the Rams may still have a long way to go before they become an L.A. staple, or even more popular than USC, this season has been, and continues to be, a massive step forward.