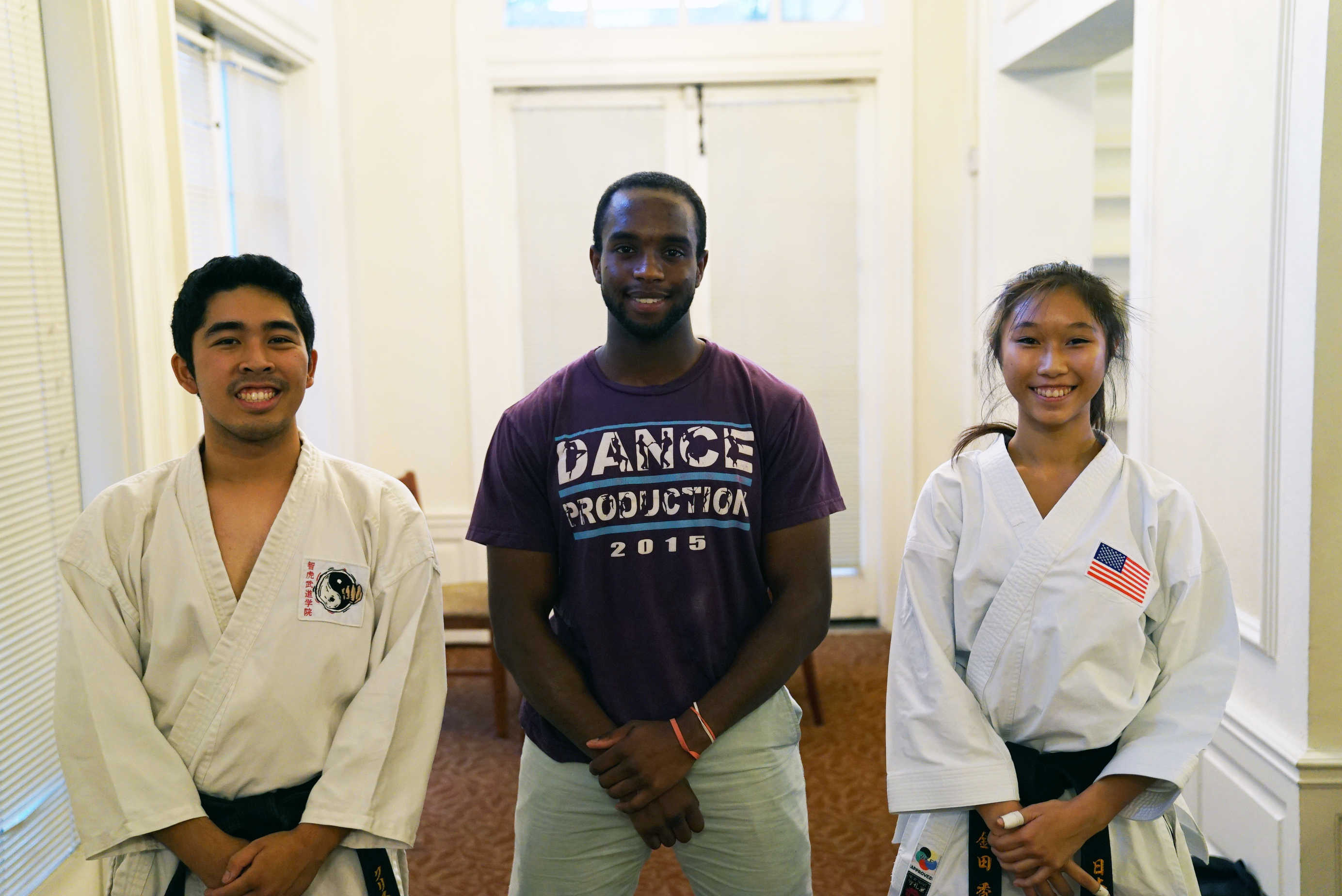 The Occidental karate scene defies the stereotype of flying kicks, quick-fire punches and savage fights. The club’s humble attitude, quiet strength and intense focus on self-defense have earned them three spots at the 52nd edition of the Kubota All-Star Karate tournament on Oct. 2.

Karate is a traditional Japanese form of martial arts focusing on dynamic defensive and offensive techniques that work the whole body. It relies acutely on mental and physical coordination to deliver precise hand strikes and kicks to disable an opponent.

Occidental’s karate scene has its roots in 1978, when Grandmaster Soke Takayuki Kubota began teaching on campus. Kubota has long been considered a prominent figure in the karate world. He is founder of the International Karate Association (a gym in Glendale), holds a rank of 10th degree dan (Japanese for “rank”) in karate, has appeared in over 300 films and has developed his own unique style of Japanese karate known as Gosoku-Ryu, which he still teaches on campus once a week with Victor Chico.

Many students know Chico as the postal operations supervisor, but he is also a black belt ranking fifth dan with over 35 years of experience. He has been with the karate program since 1994 and teaches classes twice a week on Mondays and Wednesdays in the Physical Education (PE) department. Over the years, he has seen Occidental’s karate teachings evolve into a more Olympic style, seeing the sport added for the first time to the Olympic lineup for 2020. The Olympic style is more rooted in competition, with a focus on sparring and making contact with the opponent.

Chico says his love for Occidental students motivates him to keep teaching. Behind his desk in the postal office, he has a wall covered in photos of his past students.

“I love the students that take my class, they’re dedicated, they show respect and they keep in touch with me.” Chico said. “No matter how tired I am, I go to class and they’re there and they dedicate themselves to practice. It motivates me.”

The karate family at Occidental is tight-knit both in and outside the gym. Chico still keeps in touch with some of his black belts from the class of 2005 and is excited when past students come to visit during Alumni weekend. He always looks forward to relaxing with the team after tournaments over Korean barbecue — much like a family sitting down for dinner.

The close bond comes from a shared understanding of the most important principle of karate: respect. Chico explains that he shows the same respect to his students that they show to him.

According to the International Karate Association, other fundamental rules of karate include: each seek perfection of character, each be faithful, each endeavor, each respect your elders and each refrain from violent behavior.

Giselle Kaneda (first-year) is a black belt who has been training in karate since she was 5. She has made the Junior U.S. Olympic Team every year since she was 12 and will be competing in the Senior Championships for the first time this October in Austria. Kaneda says karate has profoundly influenced her, from her behavior to her composure. The original appeal of karate for her was the shared value of self-improvement with a group of like-minded individuals.

“Everyone’s first instinct is to help each other get better,” Kaneda said.

Club President Brandon Richardson (senior) also feels that martial arts is deeply ingrained in him, from his morals to how he thinks. Richardson can still recount the lessons he learned in his first taekwondo lesson: perseverance, courtesy, integrity, self-control and indomitable spirit. He said that people wouldn’t recognize the person he was before martial arts. In high school, he was shy, quiet and very withdrawn, but martial arts gave him self-confidence.

“Whoever anyone is, no matter what your interests are, there is something to be gained from martial arts,” Richardson said.

Besides the self-worth, confidence and work ethic gained, most people are drawn toward karate and other martial arts as a form of self-defense. Karate helps develop awareness of one’s environment and strengthens the body’s reflexes in a fight. Chico has his students practice a punch 500 times in order for it to become second nature. Nisha Ramesh (senior) accredits karate and martial arts for her sense of security when walking down the streets at night. She describes self-defense as a passion and wants to start teaching free self-defense classes with the karate club.

“I wanted to start a class geared towards women, but of course all genders are welcome. So if they’re ever in a situation where they feel vulnerable, they have the confidence and the skills to protect themselves,” Ramesh said.

The Karate club hopes to teach self-defense to more Occidental students this year, according to the club’s leadership.

Self-defense is the basis of the Occidental karate program. The program mainly focuses on the Shotokan style, which is a practical and traditional style used primarily for personal safety. Chico explains that those who are new to karate begin by learning this style as a foundation and then move on to flashier or more offensive styles that can be used in tournaments.

The Karate club has an impressive history. In last year’s Annual Kubota All-Star Championship, they took home 10 medals. Bearing the Occidental flag, they travel across the country to compete.

In tournaments, there are two general categories that people can compete in: kata or kumite. Kata is focused on form, where competitors perform a series of moves on their own in lieu of direct competition. Kumite is a form of sparring in which competitors wear gloves and get on the mat to fight. Anyone who applies excessive force, such as drawing blood, is disqualified.

The upcoming tournament on Oct. 2 will bring people from all over the globe to Occidental’s Rush Gymnasium to compete. There will be competitors from all around the world including Serbia, Poland, Italy, India, Mexico and The Philippines. Competitors will range in age from 4 years old to 80 years old. Three Occidental black belts — Richardson, Kaneda and Christian Chico (junior) — will compete in the tournament.

Karate club, is about more than just training for tournaments. It is a friendly and accepting space where all martial arts are welcome. They watch karate films, raise awareness for other martial arts styles, learn about Japanese culture, promote self-defense and most importantly have fun.

“In all of [the other clubs] you can’t find the type of setting we find in Oxy Karate which is one of close knit friendship and family and camaraderie and this attitude that we’ve come here to do this serious thing, but we’re very comfortable and accepting and understanding,” Richardson said.

Karate Club meets at 6:30 p.m. on Fridays in Erdman Hall.